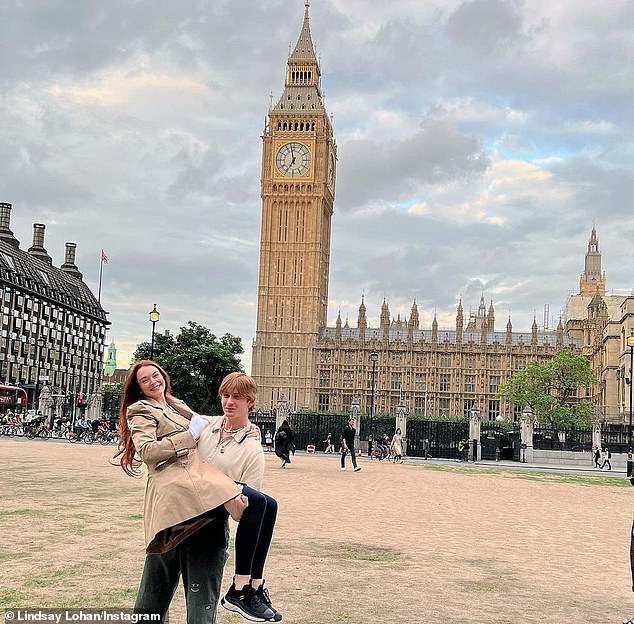 The Mean Girls star, 36, and her sibling, 26, posed in front of the Big Ben clock in London and captured a snapshot they had taken when they were much younger.

They switched places in the updated outtake, with her brother holding her as she held him in the original photo.

Now: Lindsay Lohan took to Instagram to share a photo with her brother Dakota in front of the Big Ben clock in London, snapping a snapshot they took when they were much younger

The throwback photo was taken in the late 1990s, when Lindsay was on location filming her classic blockbuster The Parent Trap.

The former child star wrote in the caption: ‘Now and then. #TheParentTrap #bffs.’

Around the age of twelve, Lohan showed her impressive talent when she played two roles in the film, the twin sisters Hallie Parker and Annie James.

The old photo shows her with a long bob hairstyle, dressed in a yellow and white pattern co-ord. Then: Lindsay held her brother in front of London’s Big Ben clock when they were about twelve and two years old

The siblings share a close bond, as evidenced by Dakota’s gushing birthday tribute to his big sister.

On July 2, he shared a photo of the two side by side, both with hoods over their heads.

He wrote: ‘My best friend for life. I’ve never laughed more than when I’m with you.’ 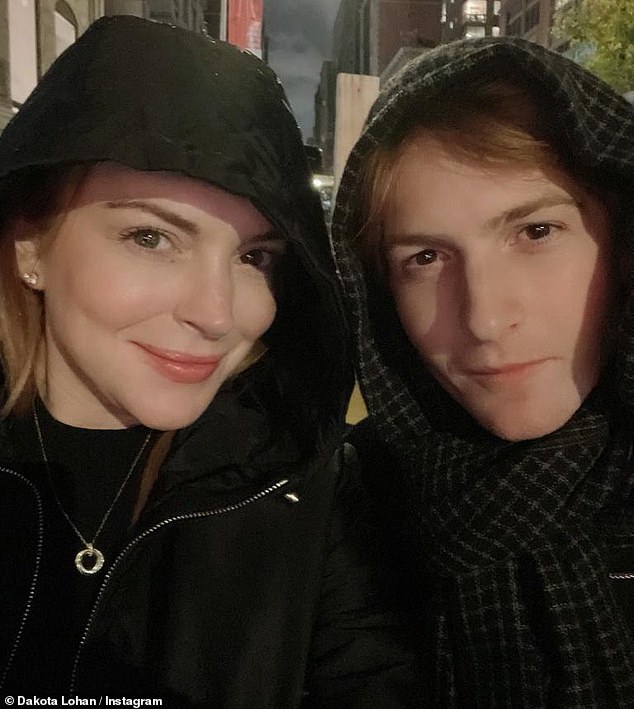 Sweet: The siblings share a close bond, as evidenced by Dakota’s gushing birthday tribute post to his big sister

The caption continued: “You are the nicest person. I am more than grateful to have you in my life.

‘Thank you for being yourself. Sounds simple, but it means so much to me. I love you Linds.’

He concluded the sentimental post with a series of three red heart emojis and the hashtags “#happybirthday #love #bekind #neverchange.”

The couple spent a lot of time abroad together with their other family members including Dina, Aliana and their brother Mike, 34. 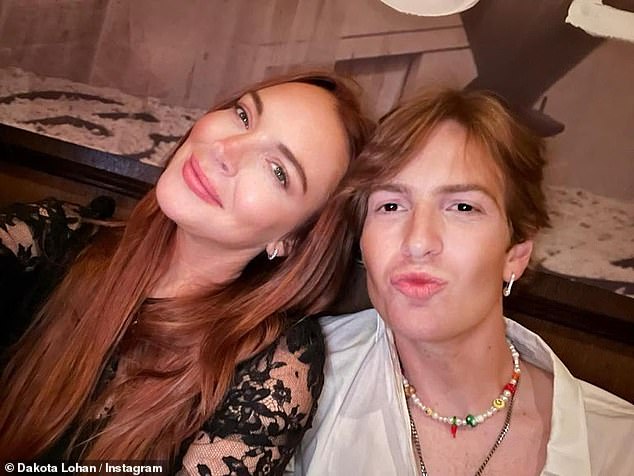 Family time: Dakota shared a photo with his older sister, who he calls his ‘best friend’ 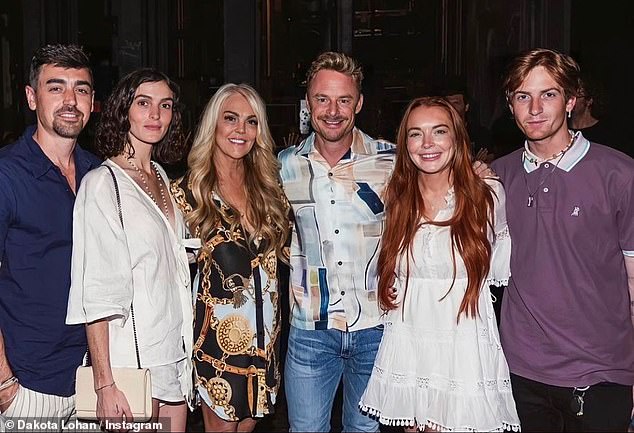 Family Affair: The couple spent a lot of time together abroad, along with their other family members, including mother Dina, and siblings Aliana and Mike

The lovebirds announced their wedding on July 2, but refrained from sharing the date or photos of the ceremony.

The couple revealed that they got engaged in November last year after being spotted together for the first time in 2020.

In July, she wrote online: “I am stunned that this is my husband. My life and my everything. Every woman should feel this way every day.” 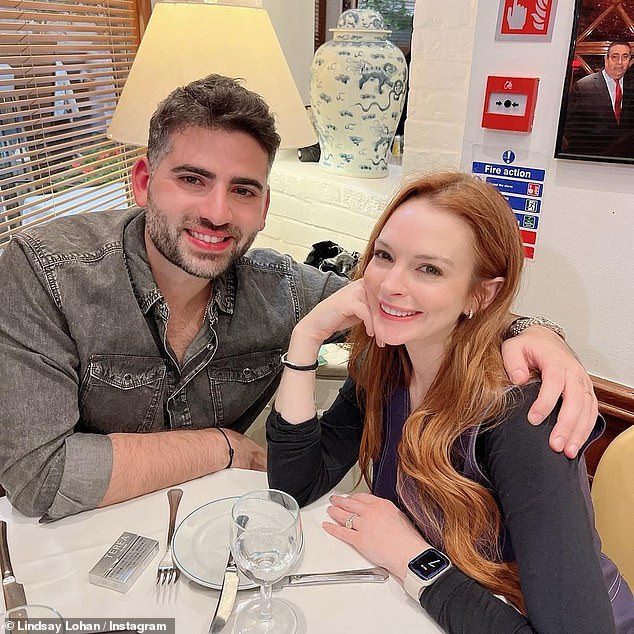