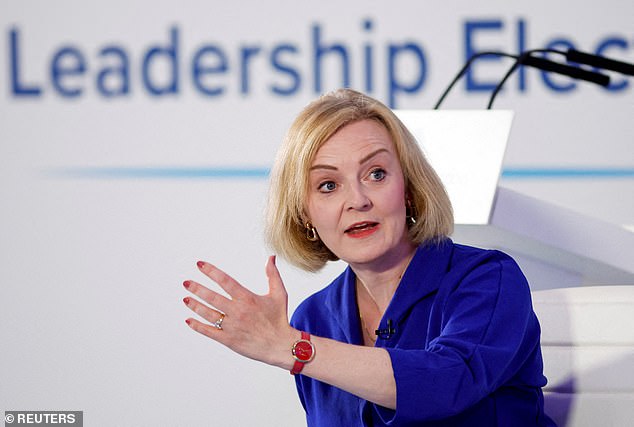 By Kumail Jaffer, political reporter for The Daily Mail

The Tory frontrunner will give the green light to a series of oil and gas licenses in the North Sea if elected next week – in a bid to bolster the UK’s energy security.

Both Kwasi Kwarteng and Jacob Rees-Mogg — allies of Liz Truss who remain in the cabinet — hope to maximize domestic production while getting more gas from Norway.

If chosen, Miss Truss will likely invite drilling permit applications to explore new fields — possibly up to 130, according to The Times.

In addition, gas and oil companies will be encouraged to invest heavily in their existing locations to optimize production for the winter.

Miss Truss has already ruled out a new Windfall tax on energy companies, suggesting the idea was “all about bashing business.”

Last week she wrote in the Daily Mail that she will end the fracking ban as part of a plan to make the UK a ‘high-energy dynamo’.

Mr. Kwarteng, who has been tipped off as Miss Truss’ potential chancellor, has long been a supporter of North Sea drilling, much to the chagrin of environmentalists.

Common virus may contribute to the development of type 2 diabetes, study suggests