BREAKING NEWS: Retired cop arrested outside the Capitol with a BB pistol, high-capacity magazines, ammunition, body armor and a fake badge stating he is from the ‘Department of the INTERPOL’

A Michigan man has been arrested at the United States Capitol with a fake badge, BB pistol, body armor, high-capacity magazines and ammunition.

Jerome Felipe, 53, a retired New York City police officer who now lives in Flint, was arrested just after 5 a.m. Friday after parking his 2017 Dodge charger outside the Capitol.

He had a fake badge with ‘Department of the INTERPOL’ printed on it. Felipe also made a statement that he was a detective at the station.

The officers discovered a BB gun, two ballistic vests, several high-capacity magazines and other ammunition in the car.

But no real weapons were found.

Investigators are still trying to figure out why Felipe was parked near the United States Capitol.

Felipe is being charged with unlawful possession of high-capacity magazines and unregistered ammunition.

The latest incident at the Capitol follows an increase in threats and attacks.

US Capitol Police Chief Tom Manger said last year there were 9,000 threats against members of Congress in 2021 alone.

A Michigan man has been arrested in the US Capitol with a fake badge, BB pistol, body armor, high-capacity magazines and other ammunition 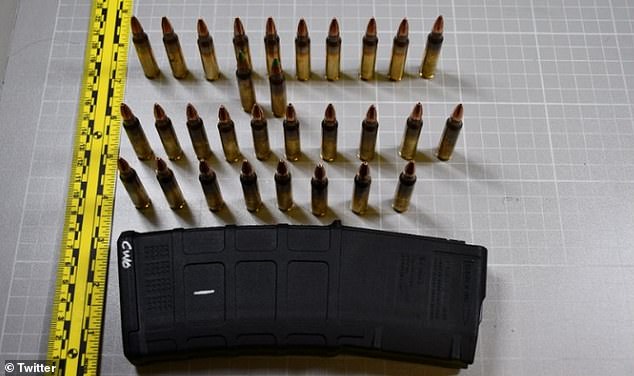 Jerome Felipe, 53, a retired New York police officer who now lives in Flint, was arrested just after 5 a.m. Friday. Pictured above is the ammunition the police found 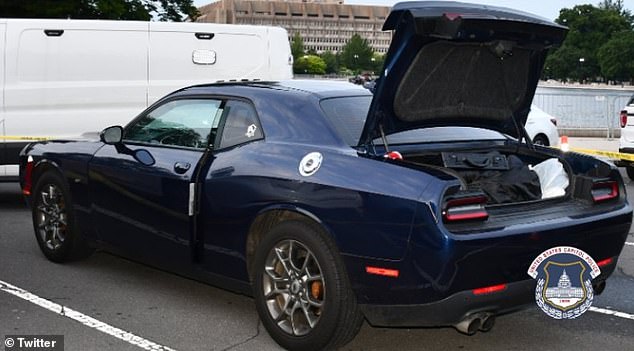 Hero mom, 48, has broken nose and two black eyes after a gang of girls tried to attack her daughter