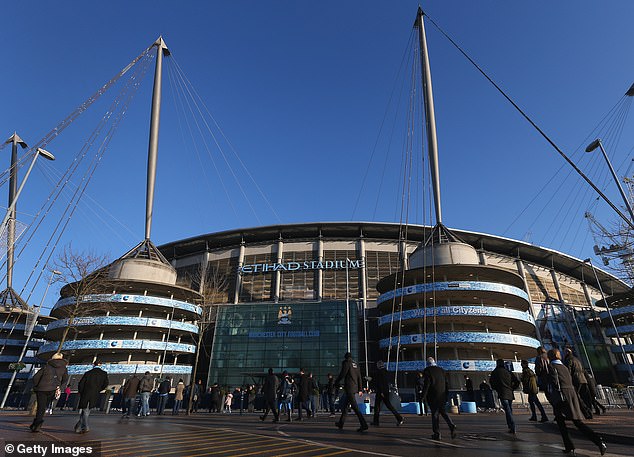 Manchester City’s Etihad Stadium will become the Premier League’s third largest stadium by increasing its capacity to around 60,000… while looking to host a Champions League final and even add a hotel on the ground!

Manchester City have announced plans to expand the capacity of the Etihad Stadium to around 60,000 spectators.

The Premier League champions aim to add at least 5,000 additional seats to become the division’s third-largest stadium and qualify to host a Champions League final in the future by reaching UEFA’s strict capacity quota.

City’s stadium already holds more than 55,000 people, but the club has been given planning permission to carry out the work since adding an extra floor to their South Stand in 2015. The project would now be on the to-do list.

Manchester City want to add about 5,000 seats to the current 55,097. of the Etihad Stadium

While City have been no strangers to pouring money into big deals for players in recent years, the work will prove costly – especially if they plan on adding a hotel to the site.

There is no set time frame for the work to be completed and with the construction of the Co-op Live Arena next door, City are eager to wait until the culmination of that project, slated for December 2023.

Several options have been proposed to increase the capacity, such as merging the two ends behind both goals, as well as combining levels in the stadium to create space for approximately 5,000 additional spectators. 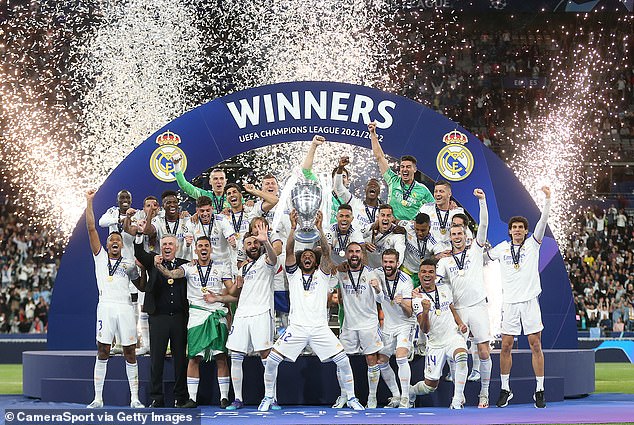 With a capacity of 60,000, the Etihad can qualify for a Champions League final

Another intent is to increase the number of business facilities in the stadium and it is believed the club is exploring methods to do so.

Despite City’s status in the English game, the capacity of the Etihad Stadium is smaller than venues such as Anfield and Old Trafford, and Liverpool are also developing ground to increase the capacity to around 60,000.

The addition of the new nearby music arena and possibly a hotel will certainly make the stadium more of a venue, with several clubs looking to increase their revenue potential by opening their doors to events other than football. 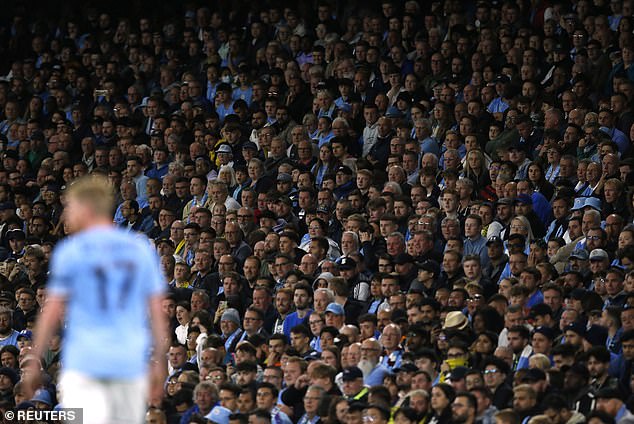 Tottenham Hotspur was particularly active in this endeavor, hosting NFL games each season, while the London Stadium in West Ham has also hosted MLB baseball games and concerts for the Red Hot Chili Peppers, among others.

The reigning champions of the Premier League are regularly the subject of jokes from other fans about the number of empty seats at the Etihad on match days.

However, the club have seen season ticket sales rise to 36,500 this season, with the Etihad set to run at 99% capacity for the coming campaign following Pep Guardiola’s unprecedented success winning four league titles in six years. 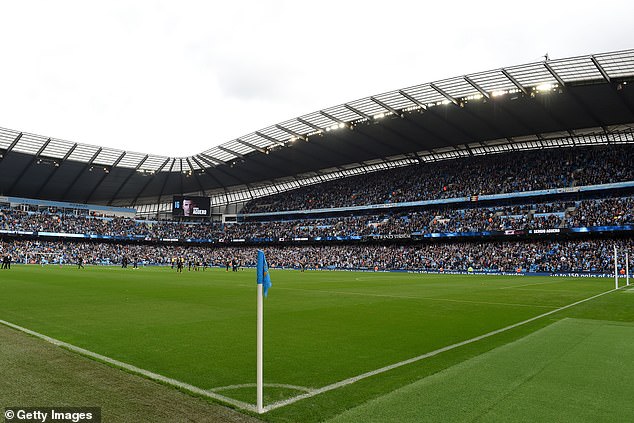