A man has died after being hit by a car while changing a tire on the side of one of Melbourne’s busiest highways.

He had stopped on the hard shoulder of the western bypass at Deer Park and was working on his tire when he was hit by a car about 1 a.m. Wednesday morning.

He was taken to hospital, but later died of his injuries.

The driver of the car that hit him, a 35-year-old man, was not injured in the incident and stopped to help.

The man, from Kings Park, was arrested and is now helping police with their investigation.

The lanes towards Greensborough of the Western Ring Road have been closed for several hours, causing major traffic delays.

Motorists are urged to use the bypass, Robinsons Road and Ballarat Road to return to the ring road and be prepared for extra long journey times. 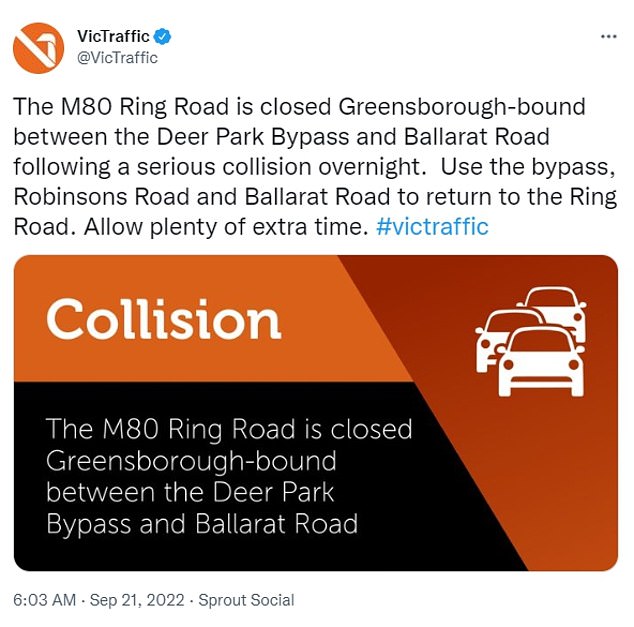