Man United: Erik ten Hag admits Cristiano Ronaldo is ‘p***** off’ when he sits on the bench 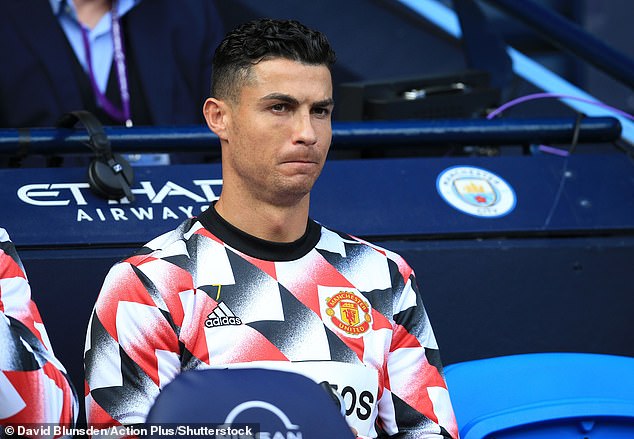 Erik ten Hag says it is understandable that Cristiano Ronaldo is ‘p***ed off’ if he doesn’t start playing for Manchester United, but he insists he is happy at the club.

The Portuguese star, 37, was left on the bench during Sunday’s 6-3 defeat at Manchester City, with Ten Hag suggesting afterwards that he had not hired him ‘out of respect’ for his career.

Ronaldo was dropped after United’s 4-0 defeat to Brentford in August and has since started every Premier League game on the bench. 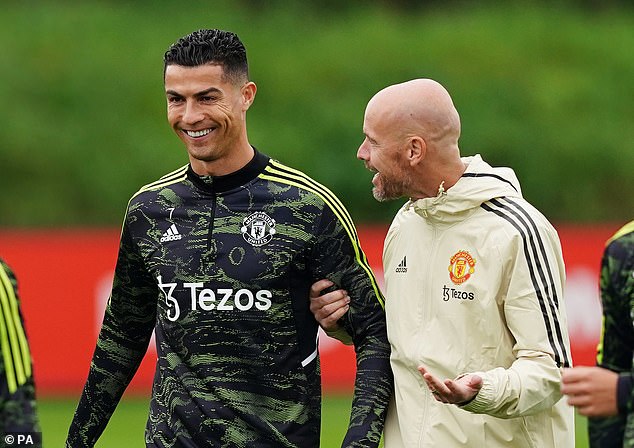 His only starts were against Real Sociedad and Sheriff Tiraspol in the UEFA Europa League, sparking speculation that he would leave in January.

‘He’s not happy he didn’t play’ [on] Sunday, don’t get me wrong,” Ten Hag said before Thursday evening’s match against Omonia Nicosia in Cyprus.

“But the question was about the mood in training, where he is happy.

“Of course he wants to play and he’s angry when he doesn’t play.” 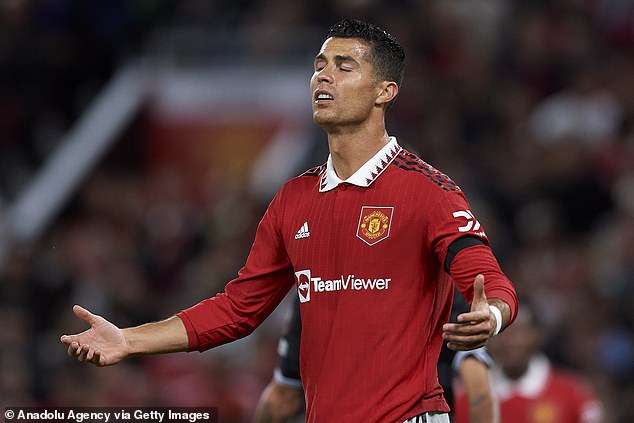 Asked about his comments on Sunday about not taking on Ronaldo against City “out of respect,” Ten Hag added: “It’s always about, you live by the day, you draft the strongest team you had, but there are differences and no one is the same in the team.

“I treat everyone with respect, but they all come from different backgrounds, so I have to treat players well to get the best out of them.

“Cristiano is really competitive, he’s not happy when he’s not playing, but I have to repeat, maybe you haven’t heard, he trains well, he’s in a good mood, he’s motivated and he gives his best and that’s what We expect.’