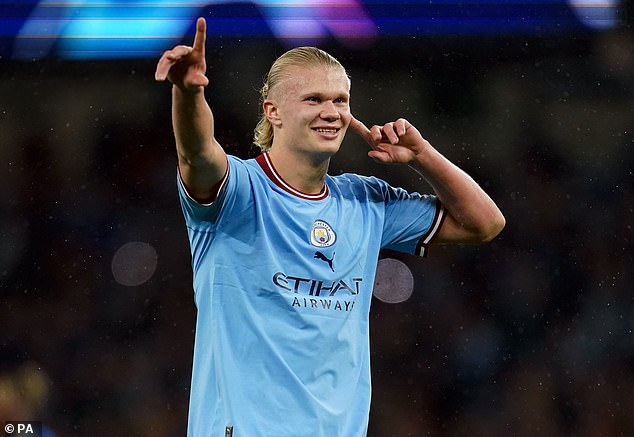 Pep Guardiola’s side defeated FC Copenhagen 5-0 in the Champions League, with Haaland scoring the first two goals and taking his season tally to 19 goals in just 11 games.

He scored the first two goals at the Etihad, before Julian Alvarez and Riyad Mahrez scored in the second half, while Copenhagen defender Davit Khocholava also scored an own goal.

And after the game, City fans ran out of superlatives to praise their new hero.

One fan said: ‘Haaland is ridiculous. The man is unstoppable.”

Another added: ‘Haaland is a real monster.’

Abstaining from alcohol might RAISE the risk of dementia, study finds