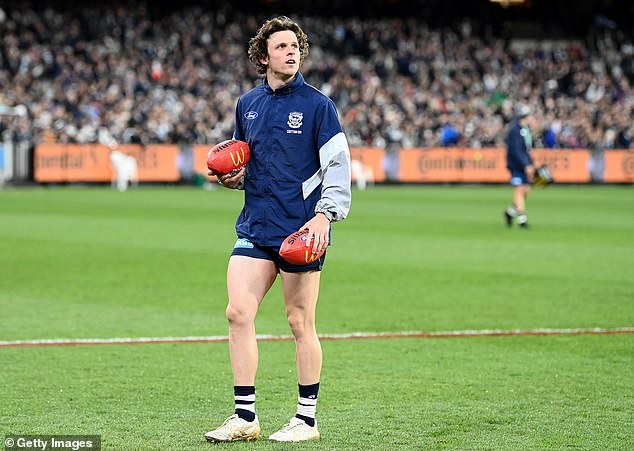 Max Holmes could still compete in the AFL Grand Final on Saturday after scans showed he had avoided a serious hamstring injury.

Geelong’s young gun looked certain to miss next week’s clash against Sydney in the MCG after suffering what appeared to be a major setback in Brisbane’s 71-point shellacking of Brisbane by the Cats in Friday night’s preliminary final.

The 20-year-old, who kicked a goal and had 12 disposals against the Lions, was substituted out of the game and looked devastated as he lay face down on the sidelines.

However, scans showed that the injury was not as serious as feared and that the wingman, who supported Cats coach Chris Scott’s claim that the club’s medical staff were “optimistic”, Holmes would be available for the grand final.

The 20-year-old wingman had scans and showed positive signs on Sunday as he completed a light workout. Holmes will increase his workload and will have to undergo a fitness test on Wednesday during the most important training session of the week in Geelong.

“I’ve never done a hammy before so I thought I clearly pinged it by my response,” he told reporters on Sunday.

“But it’s all looking good at the moment so we’ll see how it goes through the week and I should be good to go.” 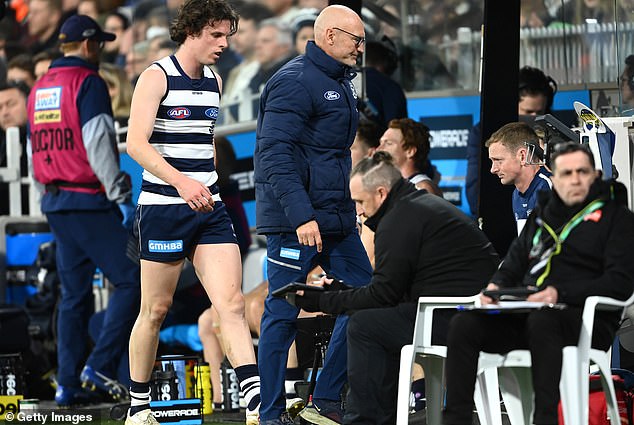 The 20-year-old was substituted out of the game against the Lions on Friday night after he appeared to have suffered a serious hamstring injury. 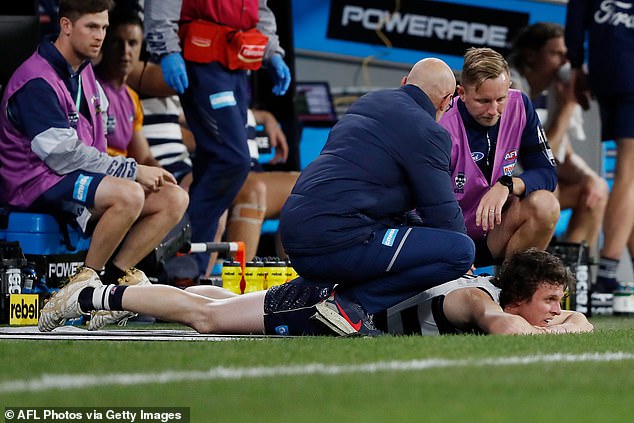 If selected, the youngster will be the Cats’ youngest player to face the Swans as Geelong is looking for a first premiership in 11 years.

Holmes was a revelation in his second season, scoring 14 goals in 18 games and averaging 15.6 disposals per game. “He’s an incredibly positive person and we’ll find out how he functions over the course of the week, probably during our main training.”

Sydney also has injuries concerns, with big doubts about Sam Reid for Saturday as the Swans make their first Grand Final appearance since 2016.

The versatile tall man sustained an adductor injury and was substituted on Saturday after Sydney’s dramatic one-point win over Collingwood in the SCG.