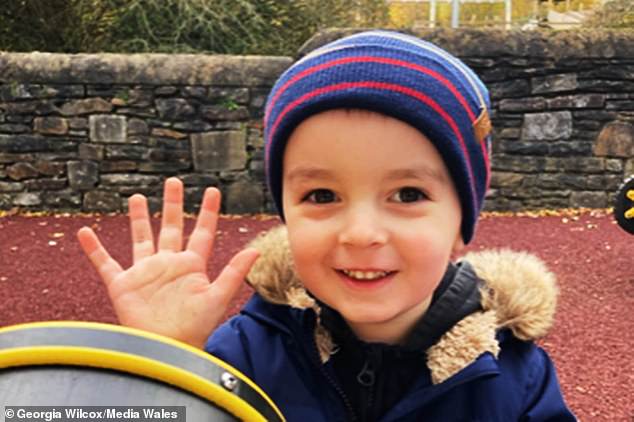 Parents’ anger after boy, three, is found on the street after walking out of school alone

By Jacob Thorburn For Mailonline

The parents of a three-year-old schoolboy have asked authorities for answers after their son walked home alone from school and stood outside the door.

Miles Diffey, 3, was supposed to be in his class at Trealaw Primary School in Rhondda, Wales on Friday, but his parents were shocked when he turned up soaking wet at their front door instead.

Miles, who is non-verbal, made the 10-minute walk to his parents’ house around 10:50 a.m. yesterday morning alone and in the cold.

A passerby looked on in shock when she saw little Miles wandering the streets alone, and followed him to make sure he returned home safely.

His parents Georgia, 28, and William Diffey, 29, have expressed anger at the school, which they say refuse to show their CCTV to explain exactly how their son was able to leave the premises on his own.

“I just feel like we’re being lied to and that they’re covering their own backs,” Georgia explained.

Rhondda Cynon Taf Council has since promised a full and thorough investigation into the circumstances surrounding Miles’ disappearance from school.

Miles Diffey, 3, (pictured) was supposed to be in his class at Trealaw Primary School in Rhondda, Wales on Friday, but his parents were shocked when he showed up at their front door soaking wet instead

Miles went missing from his class at Trealaw Primary School on Friday, but his parents say they were only notified when he turned up soaked with a stranger on their front door.

Three-year-old nonverbal Miles was supposed to be at Rhondda Cynon Taf School until he was picked up at 11:50 am, but to his mother Georgia Wilcox’s surprise, her son had walked home alone from school by 10:50 am.

She said a woman saw the boy wandering the roads of Trealaw before following him to make sure he got home safely.

Georgia said, “She had no idea how long he’d been gone and found him on one of the hills leading up to our house.

“He was soaked, his diaper was stuffed and it looks like he’d been out for a walk for a while.

“We were initially told that Miles stepped out through a gate, then he left through the main gate and left the school at 10:35 am which they saw on camera, but we now know he was out of school at 10:30 am, so none of that makes sense. I just want to answer.’ 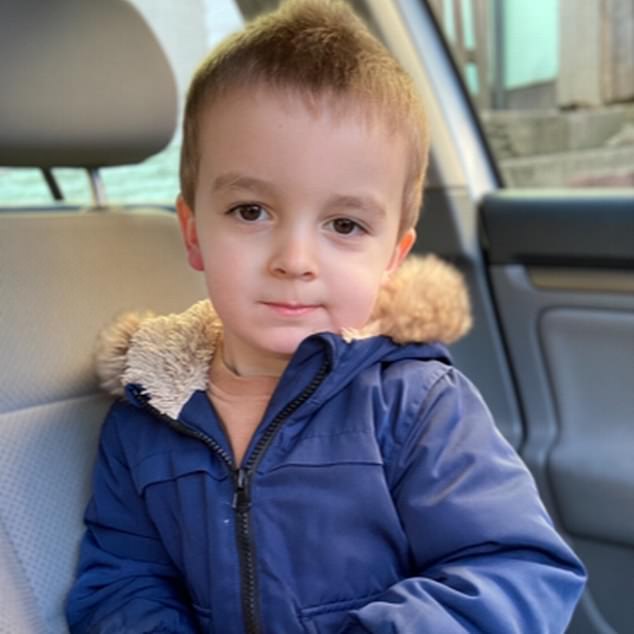 Miles, who is non-verbal, completed the 10-minute walk to his parents’ house alone and in the cold around 10:50 a.m. Friday morning

Georgia and William said a meeting with the school has been arranged on Monday.

They added that they would not send Miles back to school after the incident.

A spokesman for Rhondda Cynon Taf Municipality said: ‘Protecting the students is of the utmost importance and a full investigation into this serious incident is already underway.

“Council officials and Social Services employees will work diligently to understand how this incident occurred and where issues are identified, take immediate action to prevent it from happening again, and any additional concerns raised as a result of the investigation.” have come to deal with.

“We fully share the concerns of parents and guardians of students and will receive a letter about the incident shortly.”