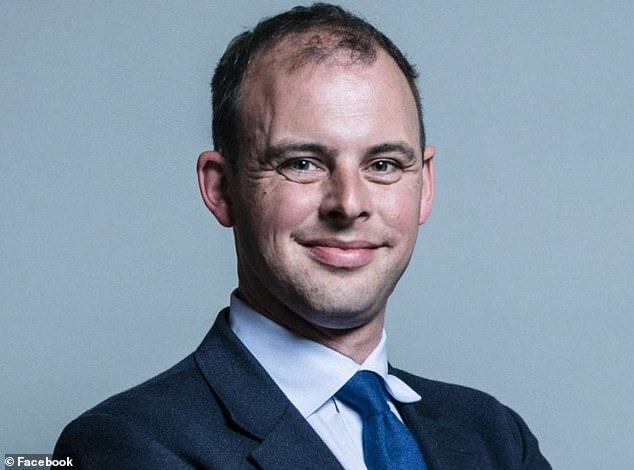 ‘That’s sensational, the picture is frozen!’: Minister suffers embarrassing connection outages during media interview… in which he had hailed the roll-out of gigabit-capable broadband across Britain

A government minister suffered an embarrassing connection failure today as he held a broadcast interview to greet the rollout of gigabit-capable broadband across Britain.

Matt Warman, a minister at the Department of Digital, Culture, Media and Sports, turned red after his line went out while speaking to LBC radio.

Moments earlier, Mr Warman had spoken of the government’s “huge progress” in providing connectivity in the UK.

Radio host Nick Ferrari labeled the minister’s technical failure “senational” when he noticed how Mr Warman’s image had frozen during the interview.

He said, ‘That’s handy, because you’re the broadband minister. You can’t hear me, can you? That is sensational and the image is frozen.

“So there we go, we’ve got our hands on the government about how many billion pounds it is of… gigabit and he can’t answer the question.

“You can’t hear me, but I’ll be polite, Matt Warman, Secretary of State for Digital, Culture, Media and Sports, on the progress of broadband and the line dropping, but thank you for your time.”

Just before his connection was cut, DCMS minister Matt Warman had spoken of the government’s ‘huge progress’ in providing connectivity in the UK 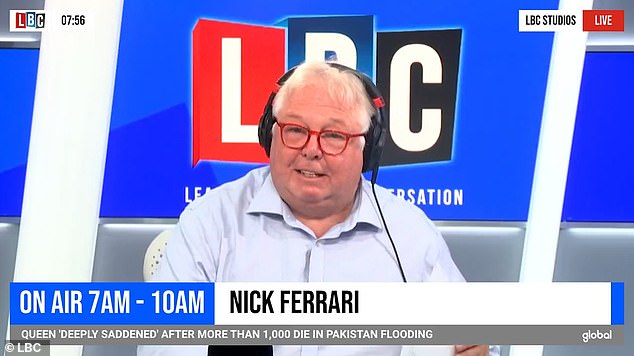 Radio host Nick Ferrari labeled the minister’s technical failure “senational” when he noticed how Mr Warman’s image had frozen during the interview.

Mr Warman’s abbreviated appearance on LBC came this morning in his series of broadcast interviews to promote the government’s £5bn ‘Gigabit’ project.

Prime Minister Boris Johnson and Culture Secretary Nadine Dorries today visited North Dorset – where the first major contract under the scheme kicks off – to highlight new data showing that 70 per cent of the UK now benefits from gigabit broadband coverage.

But the government appears to have phased out its commitment to the technology, aiming to reach 85 percent coverage by 2025.

This is despite the 2019 Tory Manifesto promising to ‘bring full fiber and gigabit capable broadband to every home and business in the UK’ by that date.

Asked if the Prime Minister was disappointed with the breaking of a manifesto promise, a No10 spokeswoman said: “He remains committed to better broadband coverage for the UK and we have seen an example of that today.”

Before his line went out during his LBC interview, Mr. Warman had told the station that the percentage of people accessing gigabit-capable broadband had risen from nine percent to 70 percent in the past three years.

He said: “That’s huge progress at a pace well above what we had hoped for when we set those goals in 2019, so really good news.

“But of course there’s still 30 percent of the people we’re working on as fast as possible — and that pace shows we’re going to reach them as quickly as possible.”

When asked if the whole of the UK was connected, the minister replied: ‘Well, in one form or another all but the most remote properties are connected to some sort of broadband and satellite can mop up the rest but there’s a lot of work to do to do.

“I don’t pretend otherwise, but as I said, the pace that has brought us to where we are today is a huge sign of intent and the things to come… The vast majority of… the progress we’ve made.” announcing today comes from the private sector.’