Moment Illinois mother, 33, and her son and cousin are dragged by parasail in fatal accident

Dramatic footage shows a mother and two children being dragged across the water while parasailing in the Florida Keys before crashing into a bridge and killing her.

The video shows the moment when a sudden storm is said to have prompted Captain Daniel Couch to cut the line connecting his ship to Supraja Alaparthi, 33, who was parasailing with her son, Sriakshith, 10, and cousin, Vishant Sadda , 9.

The Illinois mother and the young boys were left at the mercy of the gusts of wind, which grabbed the parsail and dragged them two miles across the ocean, eventually slamming them into the Old Seven-Mile Bridge in Marathon, WPLG reported.

Alaparthi, from Schaumburg, died as a result, while a local fishing guide was able to reach the injured boys and save their lives in a harrowing rescue effort.

A new video shows Supraja Alaparthi, 33, being cut free from a ship while parasailing with her son Sriakshith, 10, and cousin, Vishant Sadda, 9 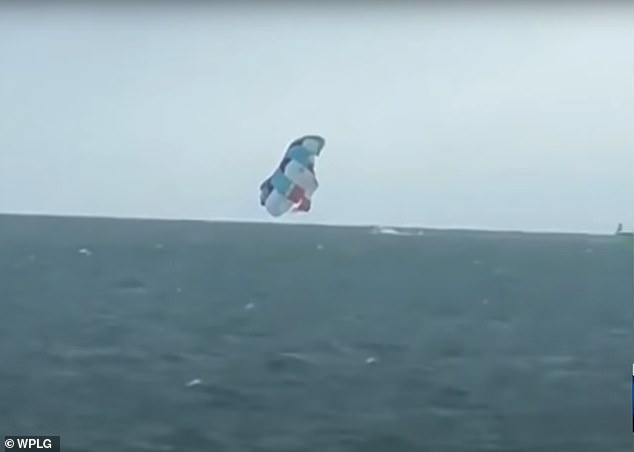 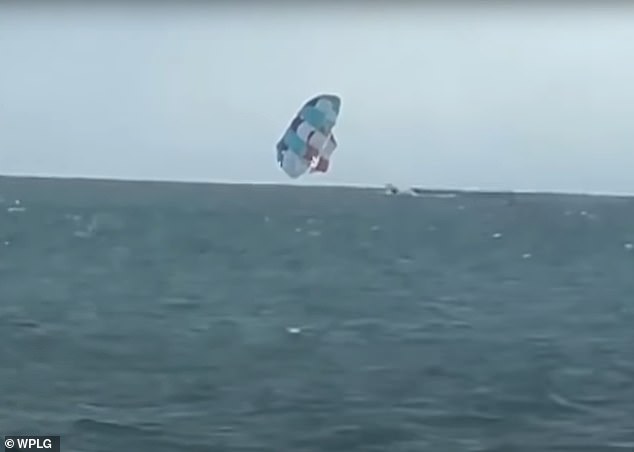 They skipped violently across the water for about two miles 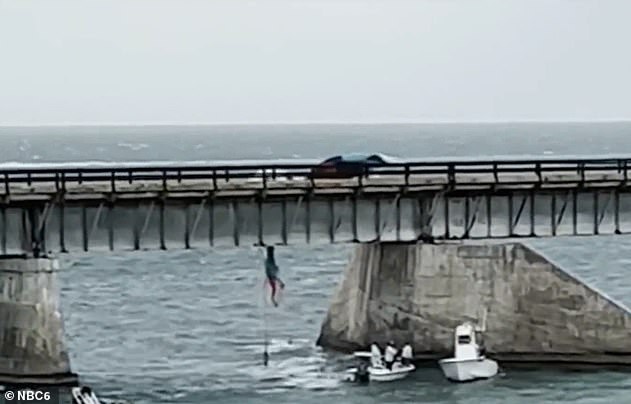 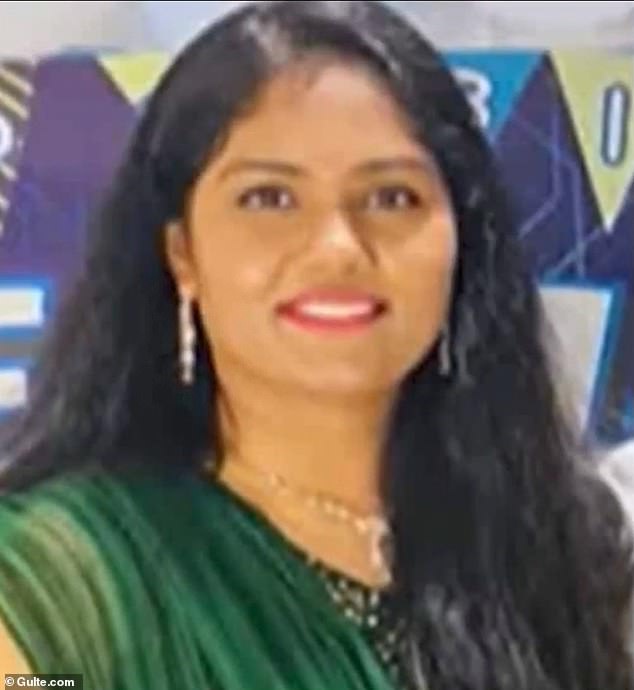 Alaparthi, of Schaumburg, Illinois, was on vacation with her family when she died. The two boys were reported with serious injuries

“He was quite nervous during the call. He said, “Call 911 right away,” Platt told the TV station.

Callion told the Miami Herald that the Memorial Day storm came on suddenly.

“It was calm almost flat, but you could see the storm coming. Suddenly the temperature dropped by 10 degrees and the wind started blowing like crazy,” Callion says.

“I knew right away that the outcome would be bad,” he said.

Callion rushed to the spot under the bridge and said that one of the boys screamed for help as he jumped in to save him.

He added that the other boy was unconscious in the water and that Alaparthi was already dead. Callion performed CPR on the unconscious child before emergency services took over. 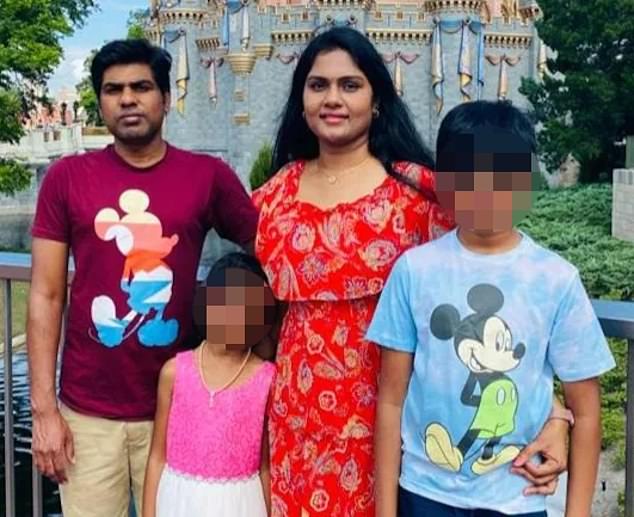 Alaparthi, pictured with her family at Disney World, was parasailing in the Florida Keys 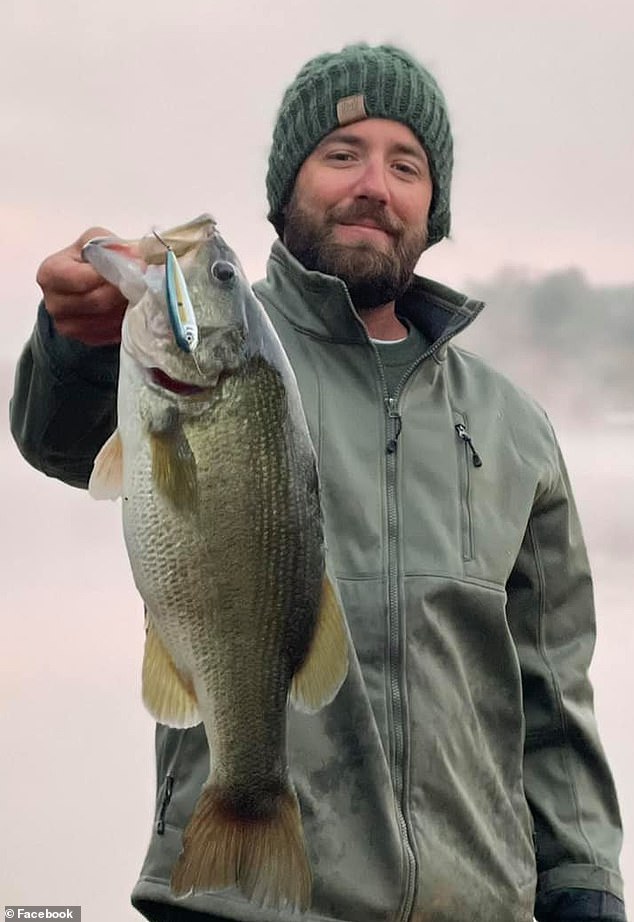 The heroic John Callion, pictured, and the crew aboard his boat rushed to the family to retrieve them from the water and delivered them to paramedics 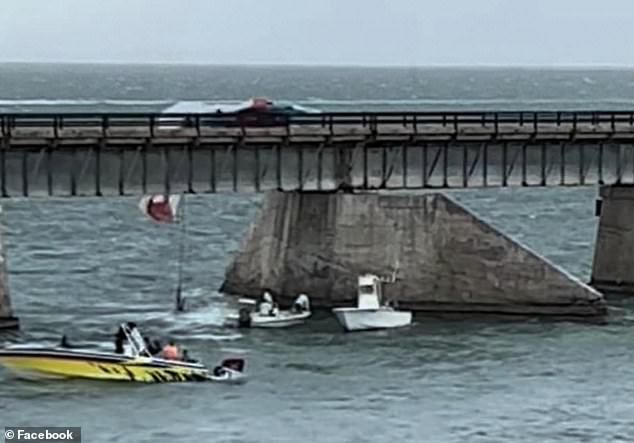 Callion said one of the boys screamed for help while the other lay unconscious. He said that Alaparthi was already dead when they pulled her out of the water 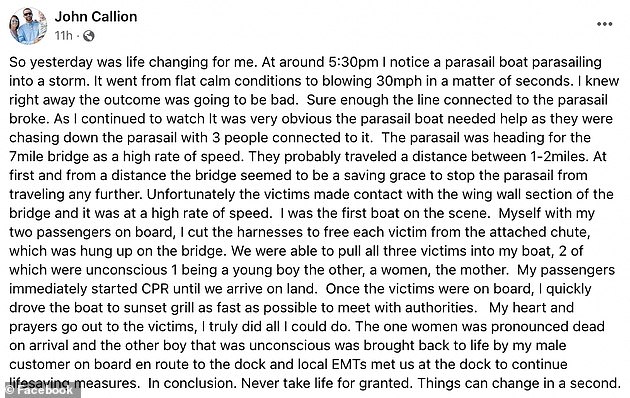 Callion described the harrowing experience in a Facebook post, explaining that the weather suddenly deteriorated and the line connected to the parasail had separated.

Although Callion originally believed the line broke as a result of the wind, an investigation revealed that the line had been deliberately cut by 49-year-old Couch, who feared his entire boat would be dragged if he got caught on the parasail.

His actions have been criticized by many parasailing experts who said Couch should never have broken the line and left the family.

One of those experts, Mark MCCUlloh, 66, told the Herald that breaking the line was tantamount to breaking the “golden rule” of parasailing.

“He should never have done that,” McCulloch said. ‘That’s the golden rule. Don’t cut the line.’

Couch has not yet made a statement about the incident.

The Coast Guard and the state wildlife agency are currently investigating the crash.

“Our condolences go out to the families and loved ones of those affected by Monday’s accident,” said Captain Jason Ingram, Key West Coast Guard Sector Commander. “This was a tragedy for a family who wanted to enjoy their visit to the Florida Keys.”