A heartbroken mother described the moment she learned her teenage son had died in a car accident, and urged people to hug their loved ones tightly.

In a video uploaded to Facebook, Katherine Bergemann-Cook said she received “the worst news of my life” late Wednesday night when she learned that her son Cody Bergemann, 19, had died in a car accident just before midnight in the Sunshine Coast of Queensland. region.

Mr Bergemann rolled his vehicle onto Neerdie Rd, Glenwood, while police were still investigating the circumstances of the crash. courier post reported.

Cody Bergemann (above), 19, was killed in a car accident near Gympie at about 11:50 PM on Wednesday

In a poignant four-minute video, Ms Bergemann-Cook described the feeling of knowing she would never see her child again.

“I saw the worst that I will remember for the rest of my life, but at least I was able to say goodbye to my boy,” she said.

“There is one thing I want and can never have: I want my son back.

She went on to thank Mr Bergemann’s friends as well as her friends, family and “support network” and revealed that Mr Bergemann’s little sister had slept in her brother’s bed on Thursday night.

“If you ask me what I want, I want you to tell your parents and your family and your loved ones that you love them,” Ms Bergemann said.

‘Please, go hug your mother, go hug your father, hug your brothers. Tell them you love them. Just trust me, you are loved.

Cherish every moment, you don’t realize how much everyone loves you until it’s too late.

The video was the second Ms Bergemann-Cook had shared after she confirmed her son’s death in a video on Thursday.

“This is the hardest thing I’ve had to do,” she said.

“We’re fine, as best we can, but yes, the rumors are true: unfortunately Cody died in a car accident early in the morning this morning.

“I’m just trying to handle it by the second.”

Mr Bergemann’s good friend Zanne Clarke told the Gympie Times Thursday that the tragic news had hit him “like a brick.”

“I’ve come to miss your brother, love you to the moon and back, only the good die young,” Mr Clarke wrote in a tribute on social media.

Anyone with information or dashcam footage in the area at the time of Bergemann’s crash is urged to contact police.

Several other friends and family have shared a tribute 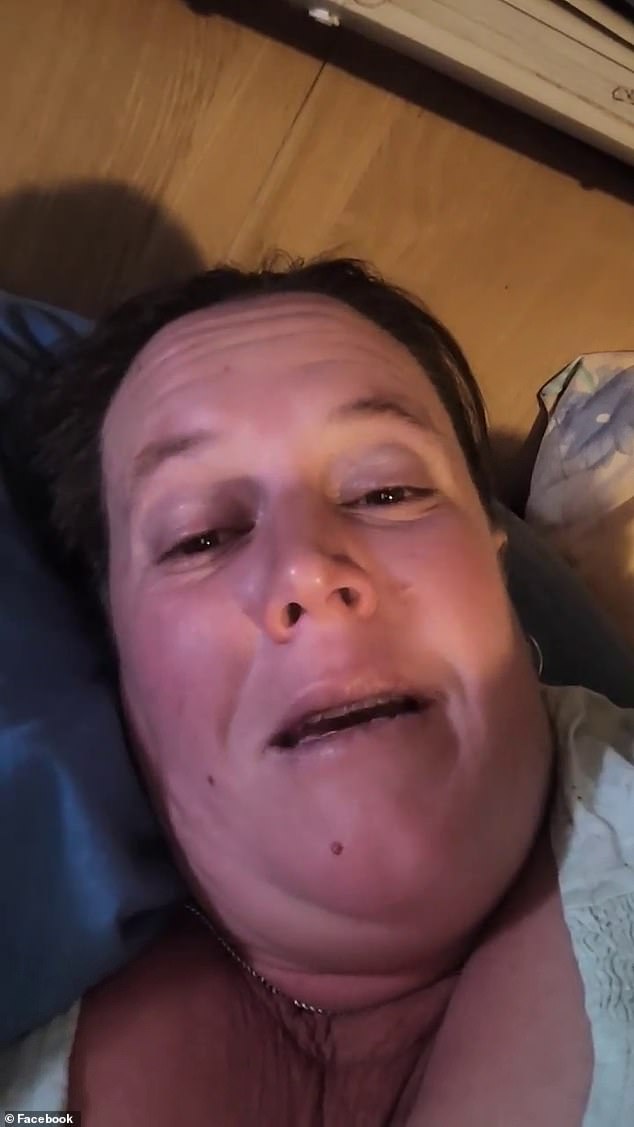 Mr Bergemann’s mother (above) shared a harrowing video on Thursday in which she describes the feeling of losing her son and urges people to “tell your parents and your family and your loved ones that you love them.”

“I miss you so very much,” one person wrote.

“I keep expecting you to walk through a door, or come around a corner with your crazy smile, but I’m trying to accept that you don’t.

“I’m so grateful to be a part of your life and to spend time with you, one of the greatest and best people I’ve ever met. Rest in peace Cody.’

‘RIP My little brother, we had the best memories together. I will never stop until we meet again, all your boys will keep you in our hearts,” wrote Mr Bergemann’s older brother.

“It won’t be the same here without you. From your big brother, love your brother. All the boys will look after our families. Forever 19.’

“All those years you’ve been out of our lives, rest in peace sweetheart. You always lit up the room and put a lot of smiles on people’s faces.’

Anyone with information or dashcam footage of the area around the time of Bergemann’s crash is urged to contact police.