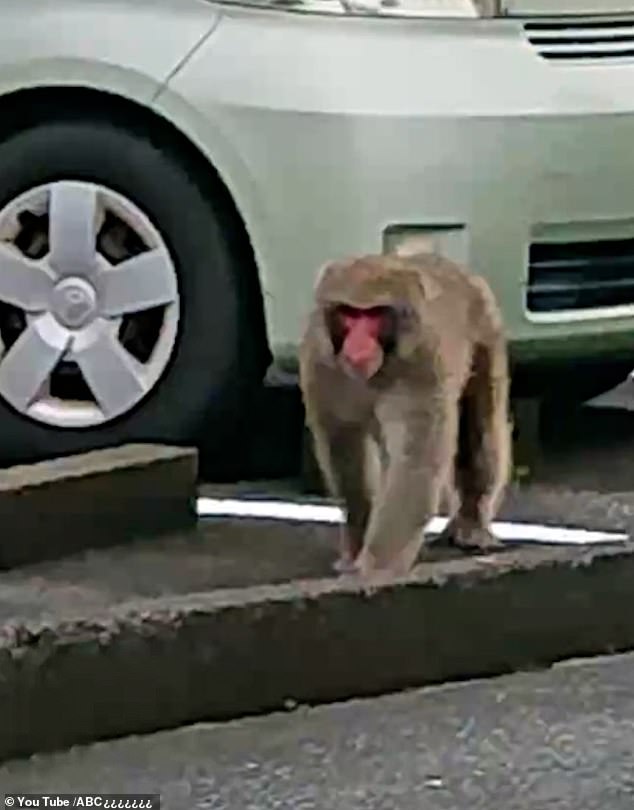 A team of inept monkey hunters in Japan yesterday afternoon accidentally shot a woman who had reported a monkey to them with a tranquilizer dart.

Three city officials and a monkey hunting specialist armed with stun guns were dispatched to the scene to take down the monkey.

Upon arrival, while speaking to the hapless woman who gave them details about the unhinged monkey’s whereabouts, one of the team members accidentally shot her in the arm with a tranquilizer dart.

City officials explained that one of the fighter’s fingers slipped as he taped the barrel of their rifle to prevent air leakage and pulled the trigger, with the barrel pointed at the helpful woman.

A monkey was spotted yesterday in Fuji City, Shizuoka Prefecture, and a team was quickly dispatched to take it down 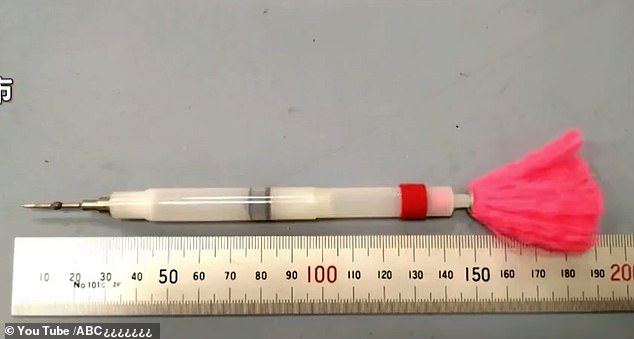 City officials explained that one of the fighter’s fingers slipped and pulled the trigger as he taped the barrels of their rifles to prevent air leakage, with the barrel pointed at the helpful woman 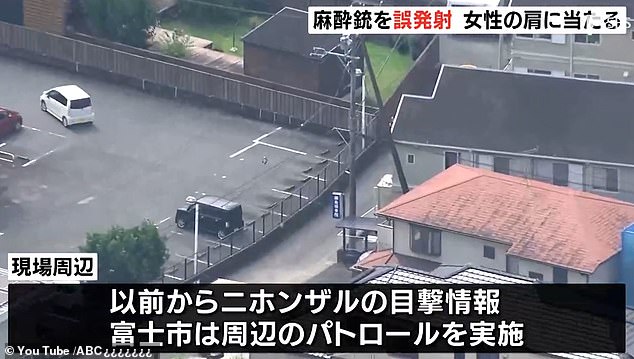 Enough sedative to take out a 15kg monkey that rushed into her blood and put her to sleep almost immediately.

The hapless monkey-hunting team rushed the woman to the hospital, where she awoke an hour later — though it took another hour before she was clear enough to express herself properly.

She suffered no injuries and was released later that day. The monkey remains free.

The incident raised questions about the prowess of their monkey hunters and the Fuji City government apologized to the woman.

They promised a full investigation into the incident and a policy review to prevent accidental releases from happening again.

The incident comes amid a continuing wave of monkey attacks that has rocked Japan in recent weeks, scaring city dwellers.

Over a hot summer, more than 60 people – including children and the elderly – were reported to have been attacked and injured by macaques in the town of Yamaguchi, with some victims sleeping in their beds when they were attacked.

The first report of a Japanese macaque attack came on July 8 when the primate climbed into a flat in Yamaguchi’s Ogori district and tried to drag a baby out of the window, sustaining several wounds.

The baby’s mother said she was alarmed by her child’s screams and chased the monkey away, before calling on authorities to capture the animal “as soon as possible.” 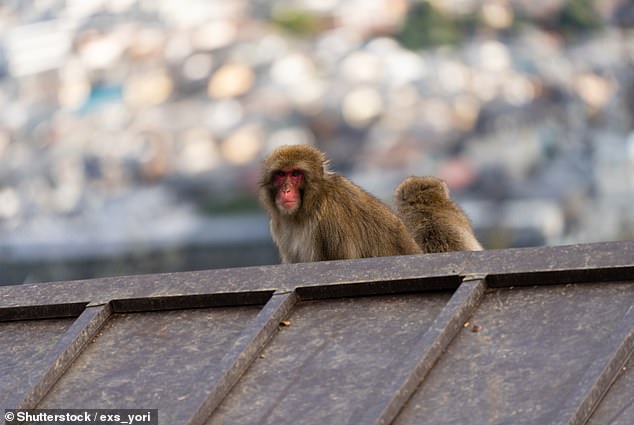 Attacks by rampaging Japanese macaques (pictured, file photo) have left 60 people injured in the Japanese town of Yamaguchi, with local authorities turning to tranquilizer guns to control them 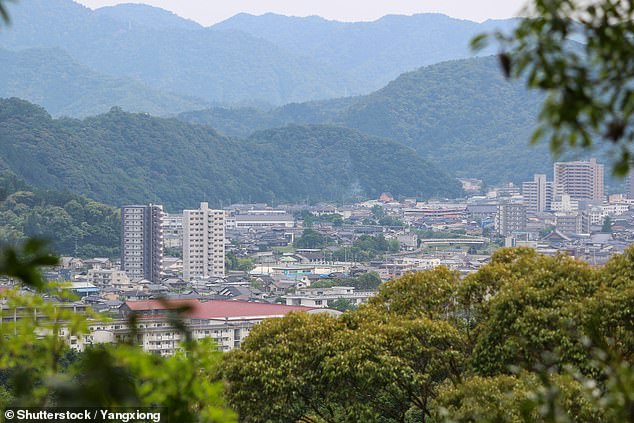 Officials said the spate of monkey attacks in the Japanese city of Yamaguchi (pictured) in western Japan is unusual, with adults and children sustaining injuries, including scratches and bites.

“It had grabbed her by the legs as she played on the floor. It looked like it was trying to drag her out,” she told local news outlets.

Reports suggest the monkey attacked five more people in the same district before entering an elementary school on July 11, where it scratched a pupil, and attacking a four-year-old girl three days later at a nearby nursery.

In another case, a father told the Mainichi Shimbun daily, “I heard howling coming from the ground floor, so I hurried downstairs. Then I saw a monkey bending over my child.’

A team of “specially appointed hunters” even tracked down and euthanized a particularly vicious monkey, believed to have been part of a “monkey gang” responsible for more than 50 attacks.

“It’s rare to see so many attacks in such a short time,” said a city official, who declined to give their name. “Initially, only children and women were attacked. Recently, the elderly and adult men have also been targeted.’

“Eyewitnesses describe monkeys of various sizes, and even after the capture we have received reports of new attacks,” the official added.

Commonly seen in much of the country, Japanese macaques are a pest in some areas, eating crops and even entering homes.

But the wave of attacks in Yamaguchi is unusual, with some residents telling local media that they are now carrying umbrellas and pruning shears to defend themselves.

“Initially, only children and women were attacked. Recently, the elderly and adult men have also been targeted,” the official said.

The conflict between humans and Japanese macaques, the northernmost species of non-human primates, has been increasing in Japan for decades.

Once on the endangered species list, the government banned the hunting of Japanese macaques after the end of the war, and their numbers steadily increased.

This was also helped by the loss of their two main predators, with the mountain buzzard itself being endangered and the Japanese wolf now extinct.

According to a study published in April 2021 in the journal Mammal Study, Japan’s changing demographics could also contribute to increasing conflict between macaques and humans.

Over the past 50 years, people have migrated from the old traditional rural villages to the cities and left to exploding monkey populations, the report speculates.