A ‘kind and caring’ mother died just hours after giving birth to her son as a result of ‘exceptionally poor decisions’ by hospital doctors, an inquest has heard.

Jade Hart, from Pontefract in West Yorkshire, gave birth to Hugo just after 10pm on 8 July 2018 at Bassetlaw Hospital in Worksop.

But in the early hours of the next morning she suffered… a uterine inversion — a rare complication where the uterus partially or completely turns inside out — and died.

An inquest at Nottingham’s Coroner’s Court has concluded that this happened as a result of mistakes made by one of her doctors and an obstetrician at the hospital.

The 33-year-old’s umbilical cord was found to have been pulled at least four times by a doctor when her placenta was not separated, an action that assistant coroner Dr. Elizabeth Didcock described it as “a very serious omission of concern” and led to Mrs Hart’s death.

Ms Hart went through multiple cardiac arrests and would not have died had the uterus not been inverted, the study found.

The inquest also found that the mismanagement of her ongoing bleeding also contributed to her death, with regular checkups not being performed in the hours leading up to her death.

She had lost at least 5.5 liters of blood and eventually suffered organ failure and brain damage, with neglect contributing to her death.

These individual errors could not have been foreseen by Doncaster and Bassetlaw Teaching Hospitals NHS Foundation Trust, the study concluded, and instead came as a result of not following the guidelines.

The trust was criticized by the coroner for a report they subsequently forwarded to medical authorities, which omitted criticism and analysis by an independent expert. 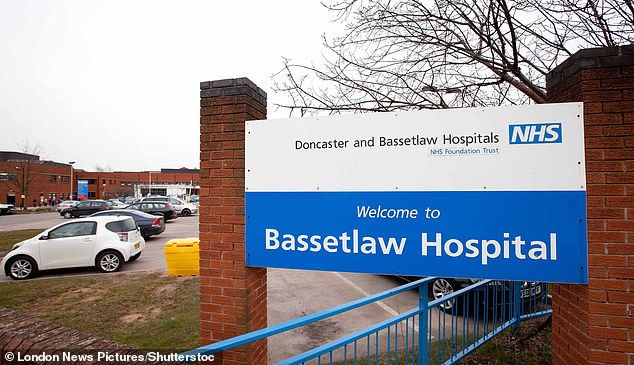 Individual errors could not be foreseen by Doncaster and Bassetlaw Teaching Hospitals NHS Foundation Trust, the study concluded, and instead came as a result of not following guidelines

Julie Hazelgrave, Jade’s mother, said after the investigation: ‘Jade was extremely kind and caring with a great zest for life.

In July 2018, Jade walked into Bassetlaw Hospital with her husband, full of excitement and anticipation for the birth of their baby.

“Jade had a perfect life and marriage and when their son was born, I saw that Jade was the happiest she’d ever been.

Cruelly, all happiness was short-lived as Jade collapsed within an hour of birth and died in the immediate hours after. We remain shocked at the loss of Jade.

“Her death has cast a long shadow over our lives and our world has been irrevocably changed. We miss Jade every day and we always will.”

After being taken to the intensive care unit, Ms Hart became extremely unwell and later died.

A respected expert, conducting an independent investigation into Ms Hart’s death and its circumstances, concluded that Jade’s doctor had breached their duty of care – and their actions went “far below” what would be expected of them.

They added that it was a “really exceptionally bad” decision that would result in a “serious risk of death.”

The same expert also concluded that the mismanagement of Ms Hart’s haemorrhage was also a gross dereliction of duty.

Meanwhile, Jade’s husband Richard Hart said: “Because Jade is independent and thorough, Jade’s research has been invaluable to our understanding of what happened to Jade.

“Finding out the facts is important, not least for our son who now has to live his life without his mom.” 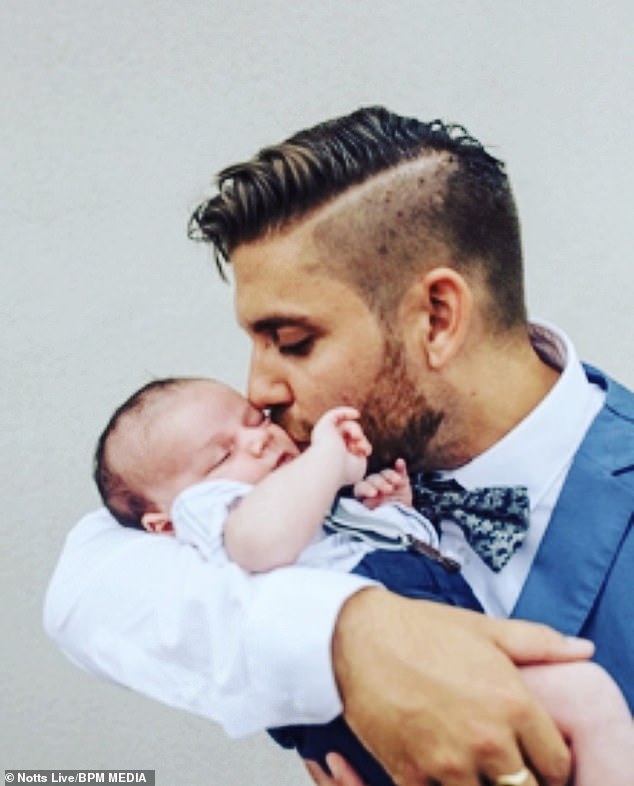 Her husband Richard, pictured with baby Hugo, paid tribute to his tragic wife

He thanked the family legal team, the coroner and staff who did respond and cared for Jade, adding: “It’s time to find some peace and time to grieve for the gift that was Jade, as we focus on the joy and gift that Jade gave. for us, our beautiful son.’

Mr. Hart, who stayed in the room with his wife and Hugo the entire time before she was taken away after she became seriously ill, said he couldn’t remember being asked to push, or making any noises that suggested she was pushing. , after birth , as initially suggested by her doctor.

Ms Hart was said to have been well before the incident, but she did have high blood pressure before induction.

Before giving birth, Ms. Hart had requested an epidural, which had been declined due to fears surrounding her high blood pressure – the investigation found that this request should have been granted and would have provided her with some pain relief.

An inability to properly control her blood pressure, meanwhile, turned out to be unlikely to have contributed to her death.

Dr. Didcock criticized the hospital’s trust for a report written after the incident and given to medical authorities, which she said contained no recommendations or analysis from the expert who provided an independent assessment of what happened.

Dr Didcock told the inquest: ‘Serious omissions have resulted in insufficient learning and failure to accept that this had caused serious problems for the family.

“This puts the risk of similar deaths in the future. I am not sure that the necessary measures have been taken.’

She said to the family, “I’m so sorry for your loss. I also hope that lessons will be learned that will lead to improvements in healthcare in the future.’

Ms. Hart’s cause of death was reported as brain injury, multiple cardiac arrests, and uterine inversion due to inappropriate management during stage three labour.

The Doncaster and Bassetlaw Teaching Hospitals NHS Foundation Trust has been contacted for comment.