Mother suspected of child drowning may have had postpartum depression 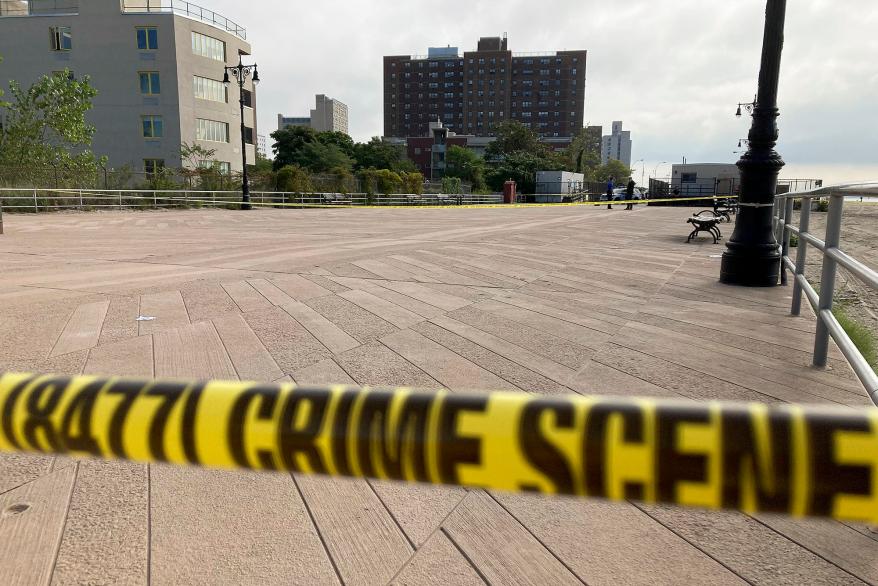 Erin Merdy, who confessed to relatives that she drowned her three children — Zachary Merdy, 7, Lillyana Stephen, 4, and 3-month-old Oliver Bondarev — also suffered from bipolar schizophrenia, her boyfriend told police, according to sources.

Police are trying to determine if her mental problems, especially postpartum psychosis, caused by postpartum depression, were a factor in the tragic deaths of the children early Monday morning on Coney Island beach, the sources said.

Just after midnight on Monday, Merdy was caught on surveillance video walking near her Neptune Avenue apartment with her three children in tow, then entering the boardwalk section of the beach around 12:50 p.m., sources said.

About 45 minutes later, she is again caught on surveillance near West 8th Street and Riegalman Boardwalk West, but this time she was captured without her children, the sources said.

About that time, Merdy’s sister called 911 and said she had received text messages and a phone call from the mother that had her concerned for the safety of her niece and nephews.

Police went to her apartment to conduct a welfare check, but the apartment door was unlocked and no one was home, police said.

Just after 3am, Merdy’s friend and baby Oliver’s father called 911 and told police he was concerned about how she had acted in his apartment before and said she looked dazed and delirious. He also said he was concerned that Merdy had harmed the children and said he thought they were on Coney Island beach.

Shortly afterwards, officers found Merdy, her boyfriend and her sister near Brighton 6th Street and found the mother barefoot, soaking wet and in a bathrobe, looking disoriented and unable to answer questions.

Her children were nowhere to be found, leading the NYPD port and aviation units on a frantic search for the missing children across the beach.

At about 4:40 a.m., officers made the heartbreaking discovery of their bodies in the sand on the shore of West 35th Street, about two miles from where the mother was found and just three blocks from their home on Neptune Avenue.

They were transported to Coney Island Hospital but could not be rescued.

The children appeared to have drowned when police found them, but their exact cause of death and manner of death have yet to be determined.

Merdy was transported to NYU Langone Hospital in Brooklyn late Monday morning for a psychiatric evaluation, where she remained Tuesday. She has yet to be charged in connection with the horror, but if so, she could face a bedside charge.