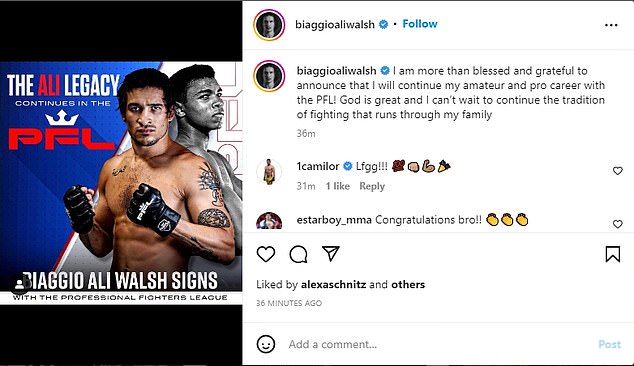 Muhammad Ali’s grandson Biaggio, 24, becomes the next family member to follow in the legend’s footsteps as he turns his back on football and strikes a deal with ‘Professional Fighters League’: ‘I have a legacy to live up to’

Biaggio Ali Walsh – the grandson of great boxer Muhammad Ali – has announced that he is following in his family’s footsteps in the martial arts by signing his first amateur contract with the Professional Fighters League.

The 24-year-old will now be available to compete in the final of the 2022 PFL tournament in November. Based in Las Vegas, he trains at Xtreme Couture MMA – a training organization led by former UFC champion Randy Couture.

“I want to thank the Professional Fighters League for their support and trust in me,” said Ali Walsh ESPN.

“I have a legacy to live up to, a legacy that my grandfather started, that my brother and I are continuing. I have chosen to continue that legacy here in the Professional Fighters League. My only goal is to become a PFL World Champion someday,” he added. 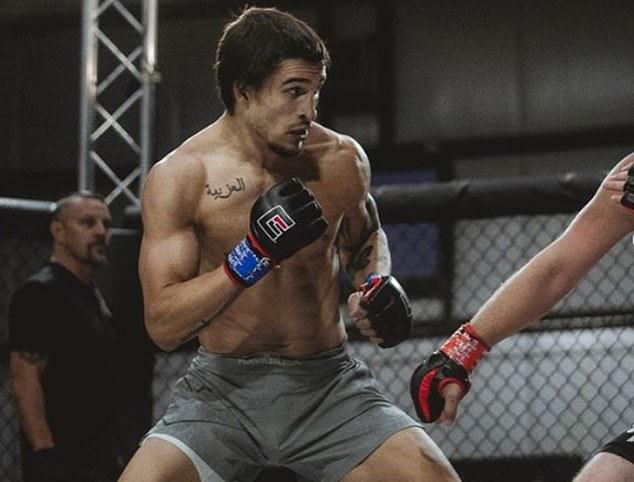 Ali Walsh is based in Las Vegas, where he moved after being a soccer player at UC Berkley

Before following in his grandfather’s footsteps in the ring, Ali Walsh may have been on track for the NFL as he was a college football player at the University of California at Berkley before transferring to the University of Nevada, Las Vegas.

He discovered his love for MMA after switching colleges in 2020. At the time, Ali Walsh practiced the sport as a way to stay in shape while awaiting NCAA approval on football transfer protocols.

His amateur MMA record is currently 1-1, with Ali Walsh’s last win in August, according to his Instagram profile.

“My grandfather had a huge impact on my whole life,” the 24-year-old told ESPN, six years after Ali died.

“As a kid I used to go to restaurants and movies with him, everyone stopped what they were doing and started clapping. As I got older I started to find out who he is and what he did and what impact he had on the world. As for who he is as a person, his confidence, mental toughness, man — it’s always inspired me.’ 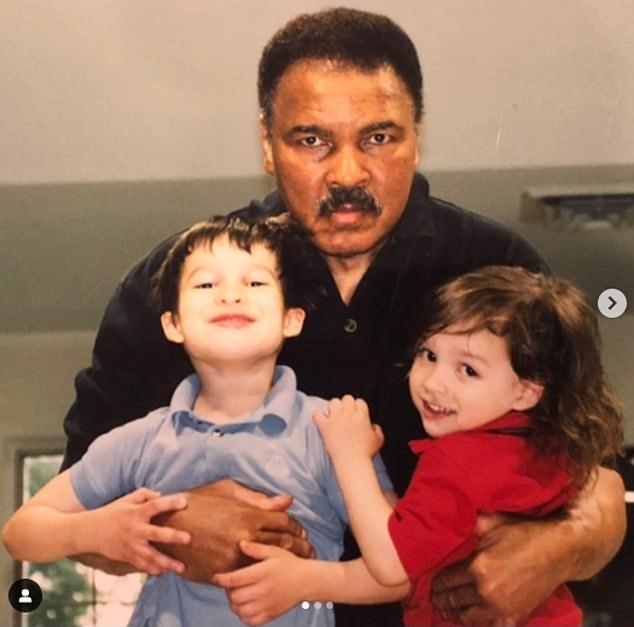 “I have a legacy to live up to, a legacy my grandfather started,” said Ali Walsh, who is 1-1, 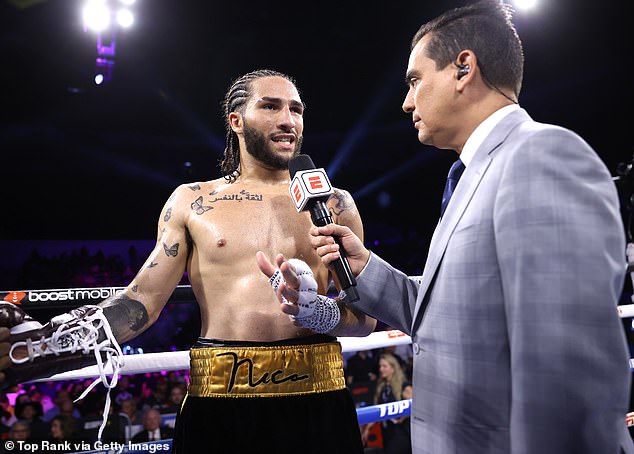 Nico Ali Walsh, 22, is an undefeated professional middleweight boxer with 6 wins and no losses

Ali Walsh is expected to turn pro in 2023, according to a PFL release.

He is an undefeated professional middleweight boxer with six wins to his name since he first turned pro in 2021. Five of those fights have ended in knockouts.

Nico is also trained by Tyson Fury’s current trainer SugarHill Steward and promoted by Top Rank who also promoted 27 of his grandfather’s fights.

PFL has not yet announced the location of the tournament finals at the end of November. It has not yet been announced who will be Ali Walsh’s opponent.

The Queen’s extended family shows their support for The Firm