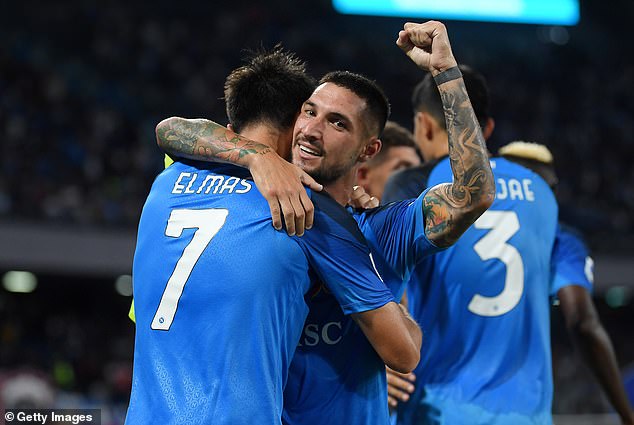 Lorenzo Colombo had saved a penalty, but equalized when newly promoted Lecce surprisingly kept Napoli at a 1-1 draw.

It was a second draw in a row for Napoli, who had opened the season with two comprehensive wins.

Serie B champions Lecce almost took a surprise lead 25 minutes into the game after being awarded a penalty for a foul by Tanguy Ndombele on Federico Di Francesco.

Colombo pushed the spot away, but the referee hadn’t whistled yet, so the ball had to be recaptured and Napoli goalkeeper Alex Meret saved the second attempt.

Eljif Elmas put in the opener for Napoli shortly afterwards, but Colombo unleashed a rocket into the top right corner from over 20 yards, just six minutes after his penalty foul, to equalize for Lecce.

Napoli would have been shared top after four games with a win over their newly promoted opponents at the Stadio Maradona.

But the draw means Luciano Spalletti’s side are third, two points behind Roma and one away from number two Inter Milan, while Lecce is 15th after taking their second point of the campaign. 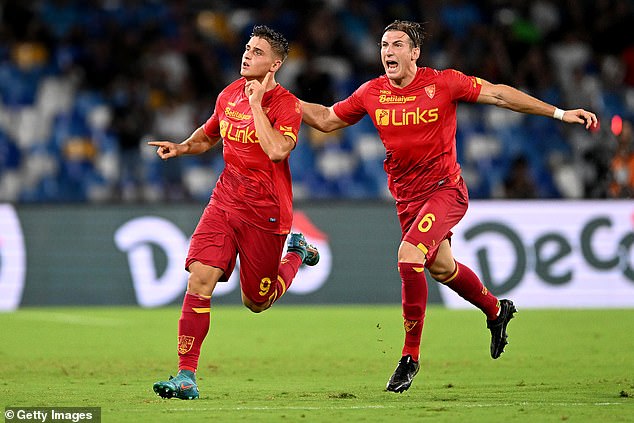