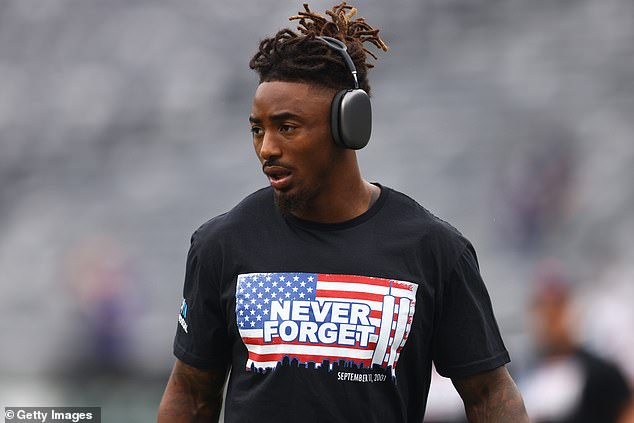 The stars of New York Jets wore ‘Never Forget’ t-shirts to pay tribute to the victims of September 11 on Sunday, the 21st anniversary of the terror attack.

Jordan Whitehead, Ty Johnson, Dan Feeney and Conor McDermott all wore the shirts alongside their teammates as they arrived at MetLife stadium ahead of the season opener against Baltimore Ravens.

It’s because every NFL game held a moment of silence before kick-off as tributes were paid in New York City.

Mourners were seen Sunday morning placing red and blue-striped flags in the engraved names of the heroes who died 21 years ago that day at the memorial that now stands on the site of the former World Trade Center.

The annual ceremony was set to begin at 8:30 a.m. Sunday, with relatives and friends reading the names of the victims of the terrorist attack, which is set to end around 12:30 p.m. 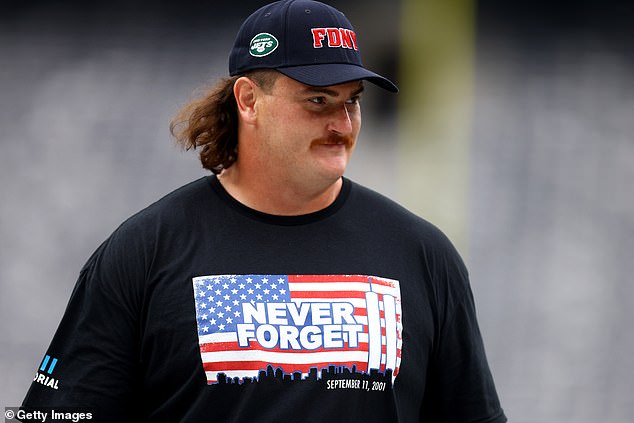 Man United: How Marcus Rashford has begun to look a player reborn under the guidance of Erik ten Hag