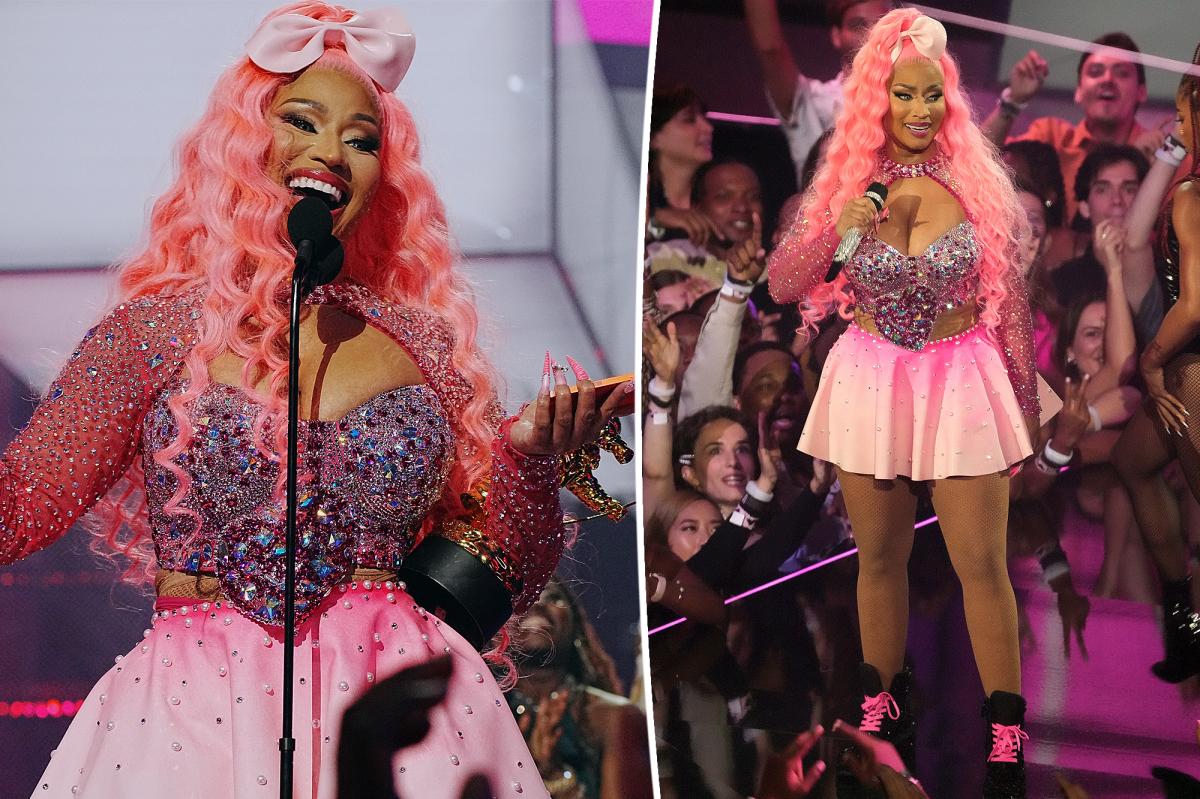 Barbie is in the building.

Nicki Minaj pulled out all the stops with her looks for Sunday 2022’s VMAs, which she co-organized with Jack Harlow and LL Cool J, played a medley of her greatest hits and took home the Video Vanguard Award.

The 39-year-old “Super Freaky Girl” rapper started with a bang and took the stage for her performance in a bright pink miniskirt and an intoxicating long-sleeved bustier that was Barbiecore at its best.

The ensemble consisted of a pearl-encrusted skater skirt, black sparkly high-tops with hot pink laces and a matching bubblegum pink ponytail with a pastel bow.

Even her nails were bright pink – and studded with silver crystals.

Minaj’s set on Sunday marked the first time she performed on the VMA stage since 2018.

The medley featured songs like “Beez in the Trap,” “Roman’s Revenge,” and “Moment 4 Life,” along with her latest hit “Super Freaky Girl.”