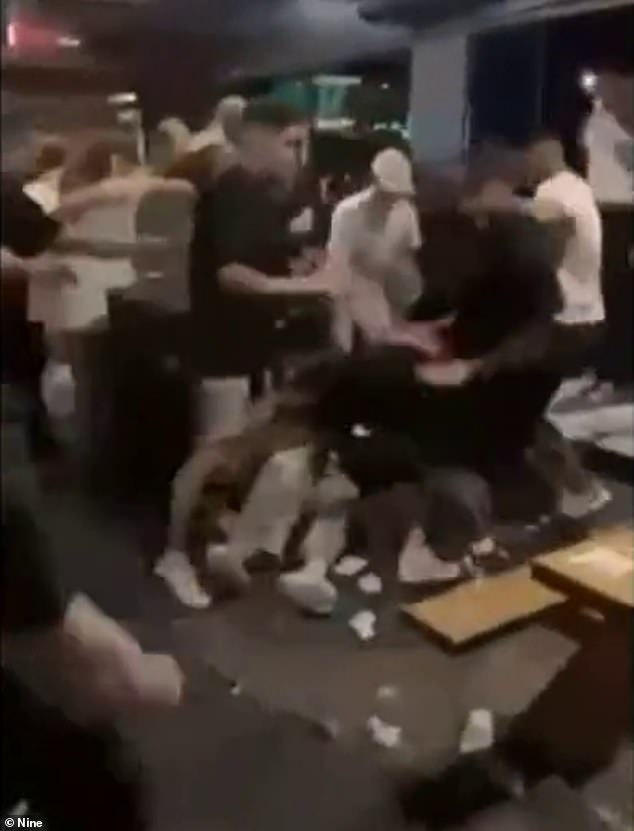 Violent AFL fans erupted into a massive brawl that started with a ‘coward’ punch and ended with revelers climbing onto tables to join in.

The sickening fight started on Saturday night at Nobby’s Beach Bar on the Gold Coast, after the grand final match between the Geelong Football Club and Sydney Swans.

Tensions are said to have developed when a man unsuspectingly punched another patron at about 8 p.m.

The incident quickly spiraled out of control with more than a dozen men seen in wild footage striking blows as tables and chairs were toppled in the chaos, leaving shattered glass across the venue.

As the brawl in the beer garden continues, customers can climb over each other to join the action.

You can hear people screaming as glass breaks and bystanders take cover.

Desperate guards eventually separated the two sides using the glass doors between the beer garden and the indoor bar.

Ongoing fights continued in the club and on the streets of the popular entertainment area.

A 19-year-old was taken to hospital in stable condition with facial injuries.

Most of the revelers involved in the fight fled before the police arrived.

Queensland police officers are investigating the incident and searching for the men involved in the violent demonstration. 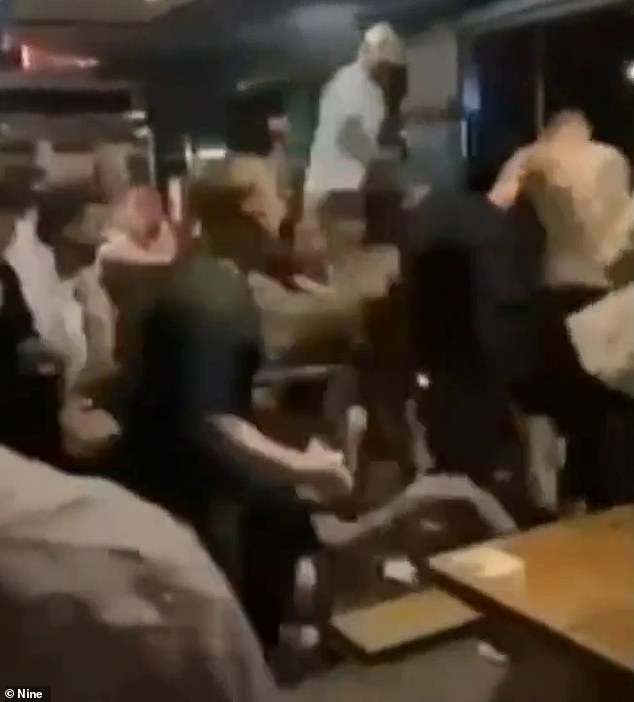