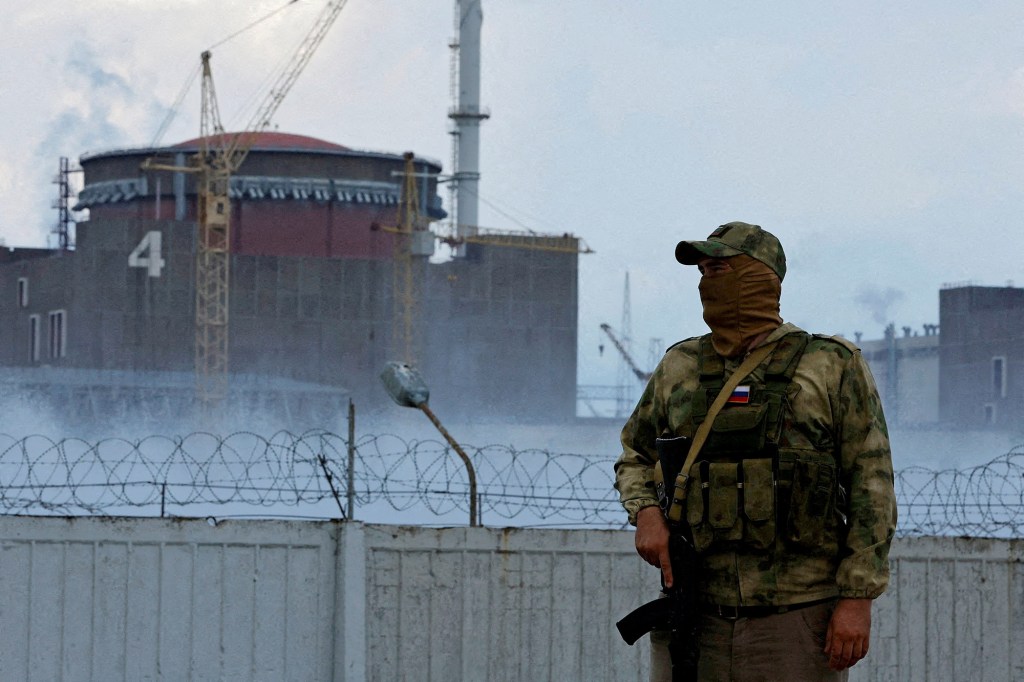 The Ukrainian nuclear power supplier on Saturday accused Russia of “kidnapping” the head of Europe’s largest nuclear power plant, a facility now occupied by Russian troops and located in a region of Ukraine that Russian President Vladimir Putin has moved to annex illegally.

Energoatom said Russian troops stopped Murashov’s car, blindfolded him and then took him to an undisclosed location.

The Zaporizhzhya plant has been repeatedly caught in the crossfire of the war in Ukraine. Ukrainian technicians continued to run it after Russian forces captured the power station. The factory’s last reactor was shut down in September due to continued shelling near the facility.

On Friday, NATO Secretary General Jens Stoltenberg said the war in Ukraine was over “a crucial moment.” He called Putin’s decision to take over more territory — Russia now claims sovereignty over 15 percent of Ukraine — “the largest attempted annexation of European territory by force since World War II.”

Elsewhere in Ukraine, however, a Ukrainian counter-offensive that embarrassed the Kremlin last month by liberating a region bordering Russia was about to take more ground, military analysts said.

The Institute for the Study of War, a Washington-based think tank, said Ukraine is likely to recapture another key Russian-occupied city in the east of the country in the coming days. Ukrainian troops have already surrounded the city of Lyman, about 100 miles southeast of Kharkiv, Ukraine’s second-largest city.

Citing Russian reports, the institute said it appeared that Russian troops were withdrawing from Lyman. That matches online videos that reportedly show some Russian troops falling back when a Ukrainian soldier said they had reached the outskirts of Lyman.

The Ukrainian military has not yet claimed to have captured Lyman, and Russian-backed troops have claimed they are sending more troops into the area.

Ukraine is also making “incremental” gains around Kupiansk and the eastern bank of the Oskil River, which has become a major frontline since the Ukrainian counter-offensive regained control of the Kharkov region in September.

The Ukrainian army claimed on Saturday that Russia would have to deploy cadets before completing their training due to a lack of manpower in the war. Putin last week ordered a massive mobilization of Russian army reservists to replenish his forces in Ukraine, and thousands men have fled the country to avoid the call.

The General Staff of the Ukrainian Army said cadets from the Tyumen Military School and from the Ryazan Airborne School would be sent to participate in the Russian mobilization. It did not provide details on how it collected the information, although Kiev intercepted electronic cellphones belonging to Russian soldiers during the conflict.

In a daily intelligence briefing on Friday, the British Ministry of Defense pointed to an attack in the city of Zaporizhzhya that killed 30 people and injured 88 others.

“Russia’s stock of such missiles is most likely limited and is a valuable resource designed to shoot down modern aircraft and incoming missiles, rather than for use against ground targets,” the British said. “Its use in the ground attack role has almost certainly been caused by a general shortage of ammunition, especially longer-range precision missiles.”

The British briefing noted that the attack took place as Putin was preparing to sign the annexation treaties.

“Russia spends strategically valuable military resources in efforts to gain tactical advantage, killing civilians it now claims are its own citizens,” it said.