The Macy’s Thanksgiving Parade returns to its pre-pandemic glory as rehearsals for the annual event got underway this week.

Rehearsals for the performances of the parade were underway on Tuesday. NYC residents and tourists alike watched the balloon inflate from noon to 6 p.m. prior to the parade.

The parade airs Thursday mornings on NBC from 9 a.m. to noon with hosts Savannah Guthrie, Hoda Kotb and Al Roker.

“For our 95th celebration, Macy’s has created an unforgettable spectacle with a dazzling array of high-flying balloons, animated floats and incredible performers,” said Will Coss, the parade’s executive producer, in a statement.

“We can’t wait to help New York City and the nation kick off the holiday season with the return of this cherished tradition.”

This year’s upcoming parade comes after the downsizing from last year’s that saw thousands of participants cut out, restricted the route to one block and, of course, requested spectators to watch the anticipated holiday tradition solely on their television screens.

With the increase in adult vaccination coverage, everything has largely returned to normal with the exception of children under 12 who can participate in the parade as they have just become eligible to receive the injection. 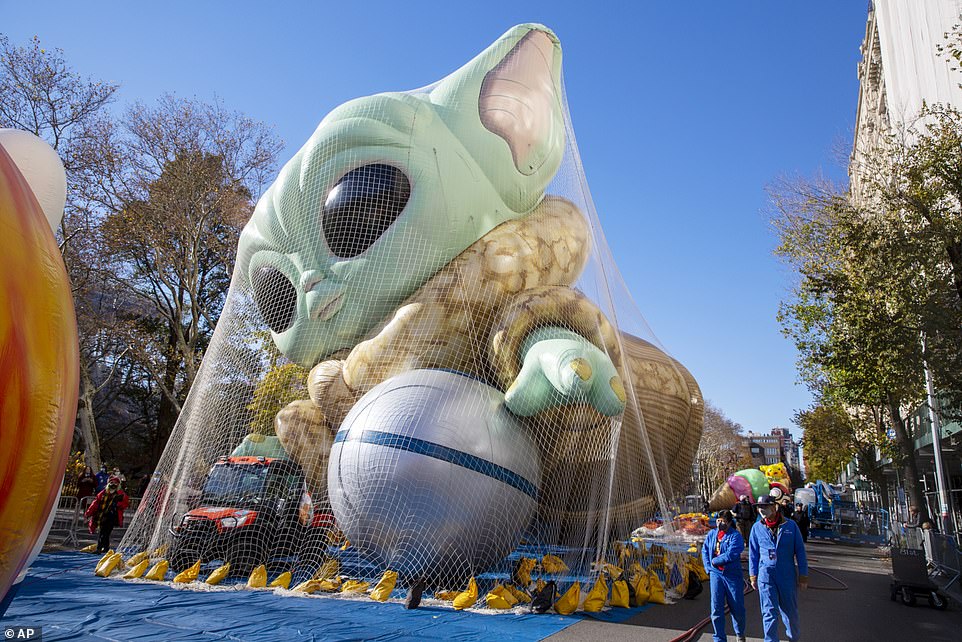 People walk through an inflated helium balloon of Grogu, aka Baby Yoda, from the Star Wars show The Mandalorian on Wednesday in NYC 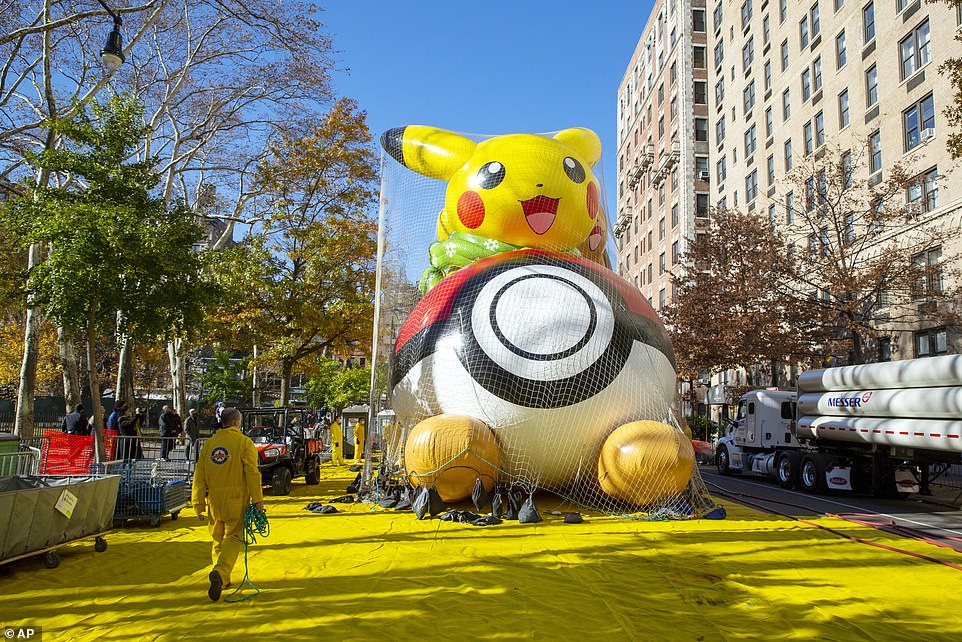 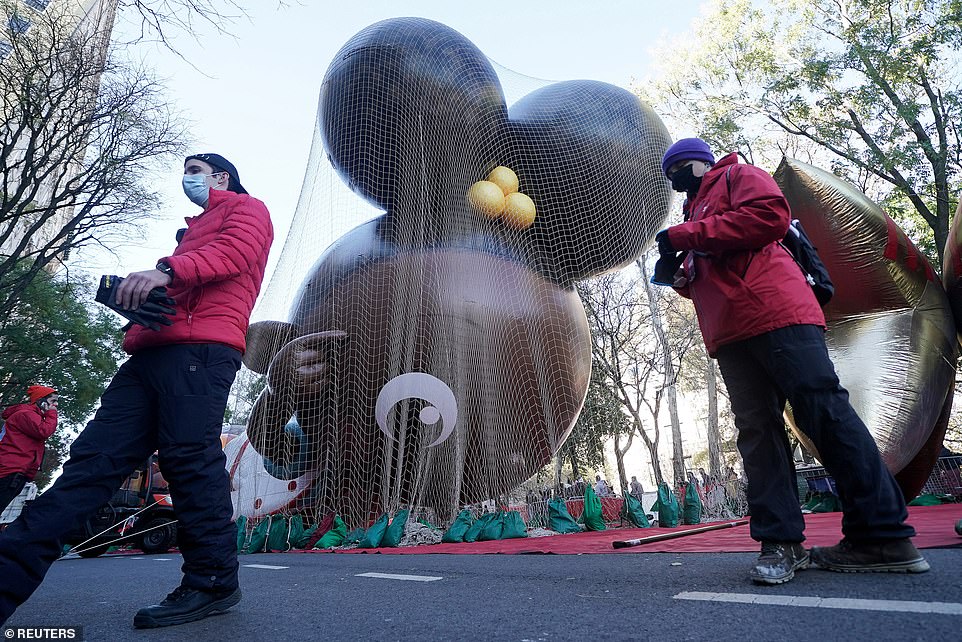 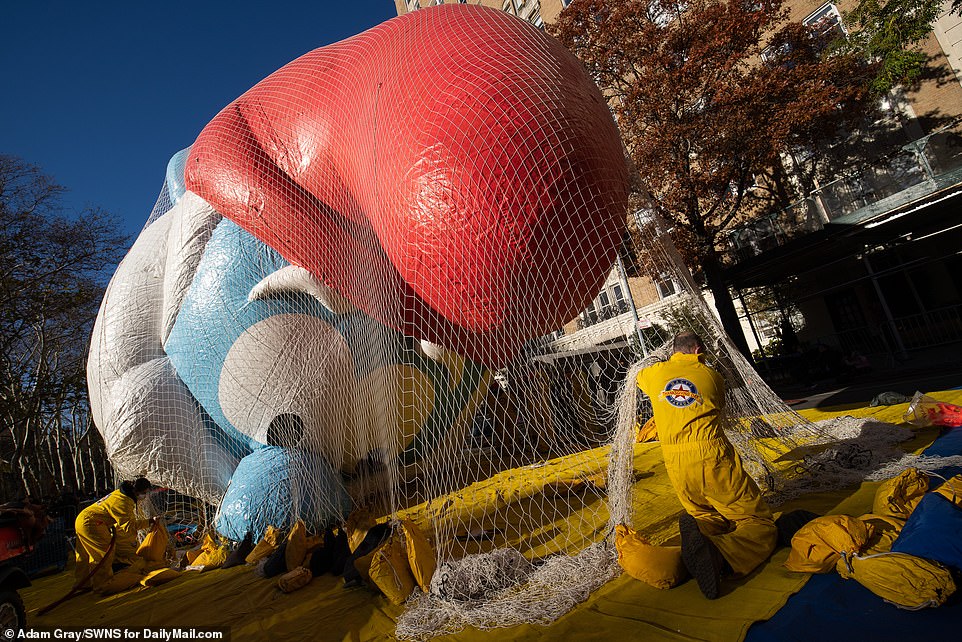 Papa Smurf from the comic strip The Smurfs are coming back this 41st year, complete with his red hat, white beard and of course blue smile 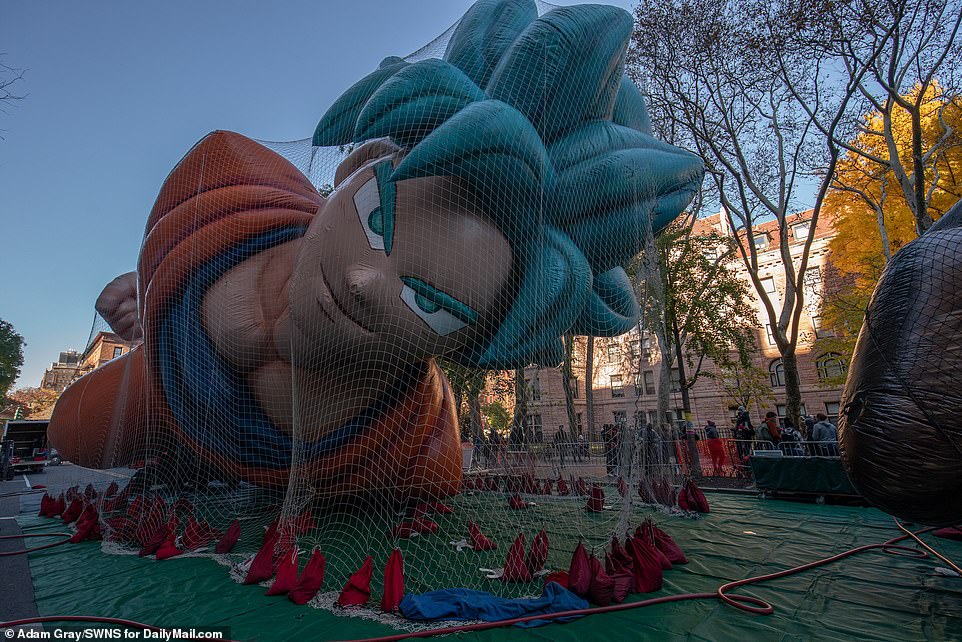 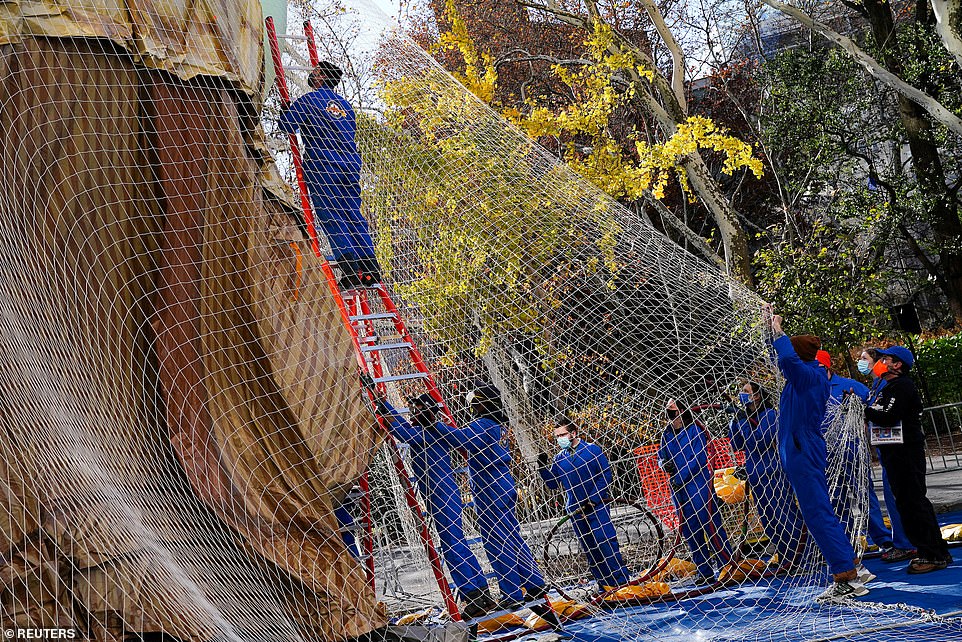 Parade workers can be seen blowing up the Baby Yoda balloon, which will make its first debut on Thursday 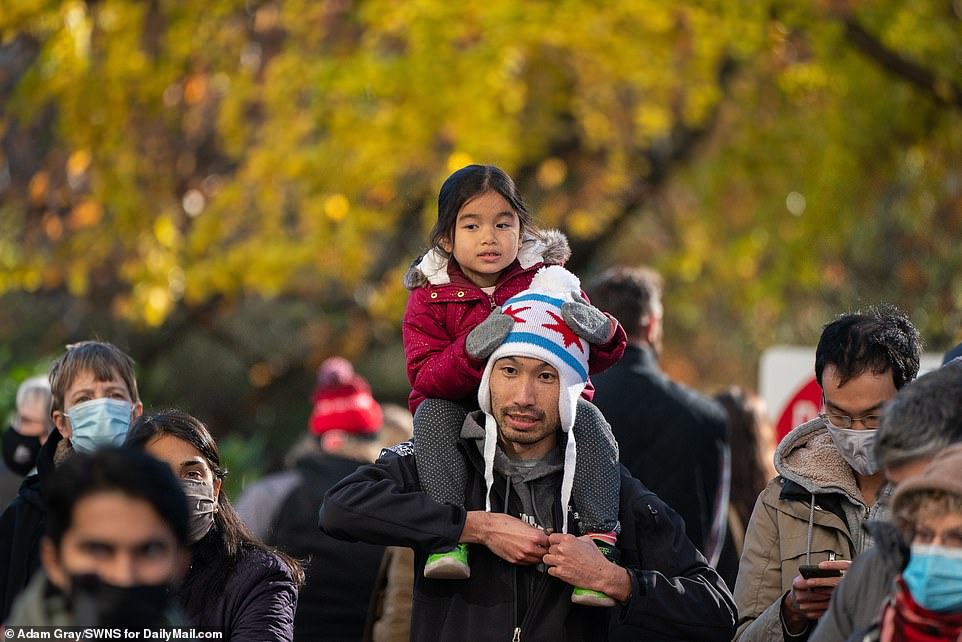 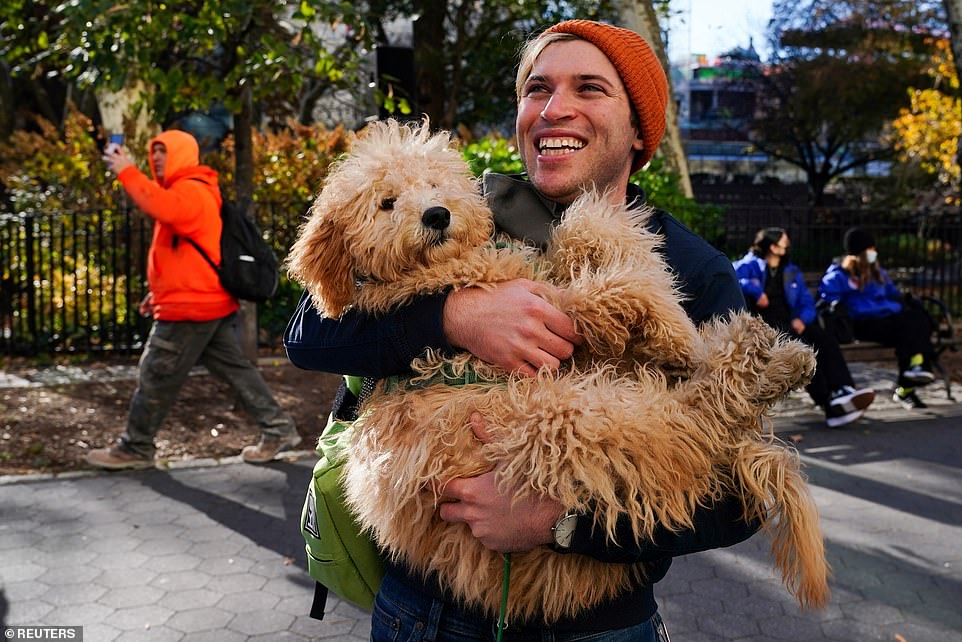 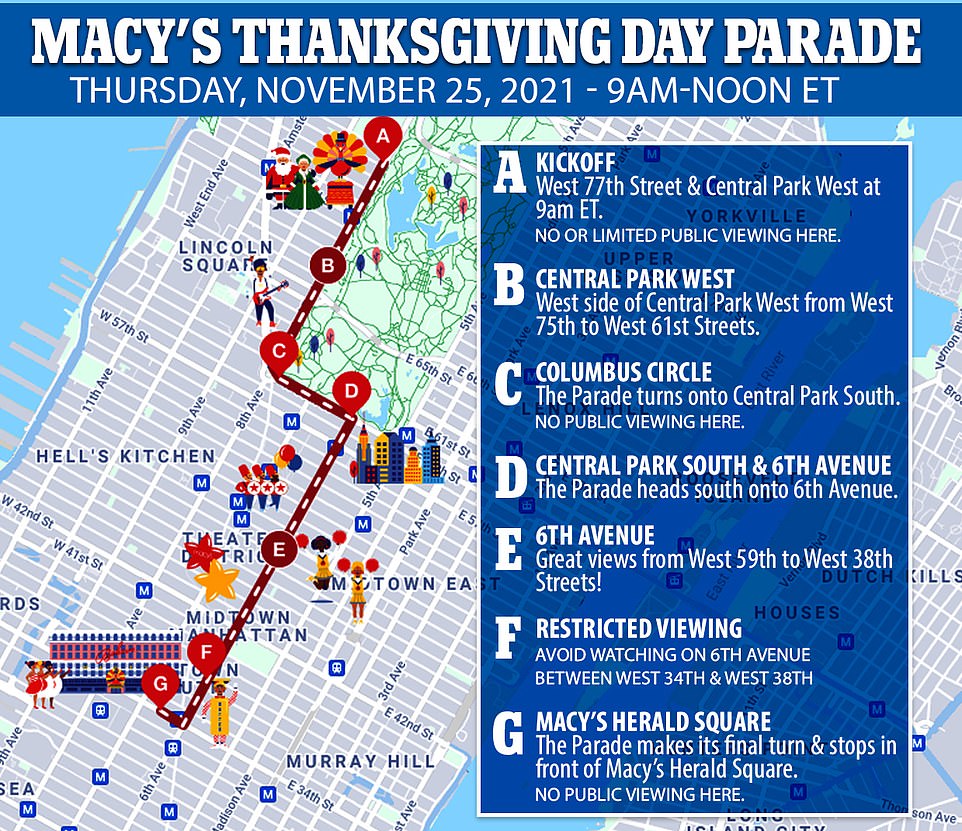 This year’s parade kicks off at 9:00 AM on West 77th Street and Central Park West and ends in front of Macy’s Herald Square

New balloon giants joining the lineup include Ada Twist, Scientist; the little hero from ‘The Mandalorian’ and the Pokémon characters Pikachu and Eevee on a sled.

There will also be new floats led by the cast of ‘Girls5eva’ – Sara Bareilles, Renée Elise Goldsberry, Paula Pell and Busy Philipps – Nelly and Jordan Fisher, while Jon Batiste on an alligator themed float controls the music, food and food. of Louisiana. culture.

Broadway will be represented by the cast of ‘Six’, ‘Chicago’, ‘Waitress’, ‘Moulin Rouge! The Musical’ and ‘Wicked’.

The Rockettes will be there, as will the cast of the upcoming NBC live production of “Annie.” 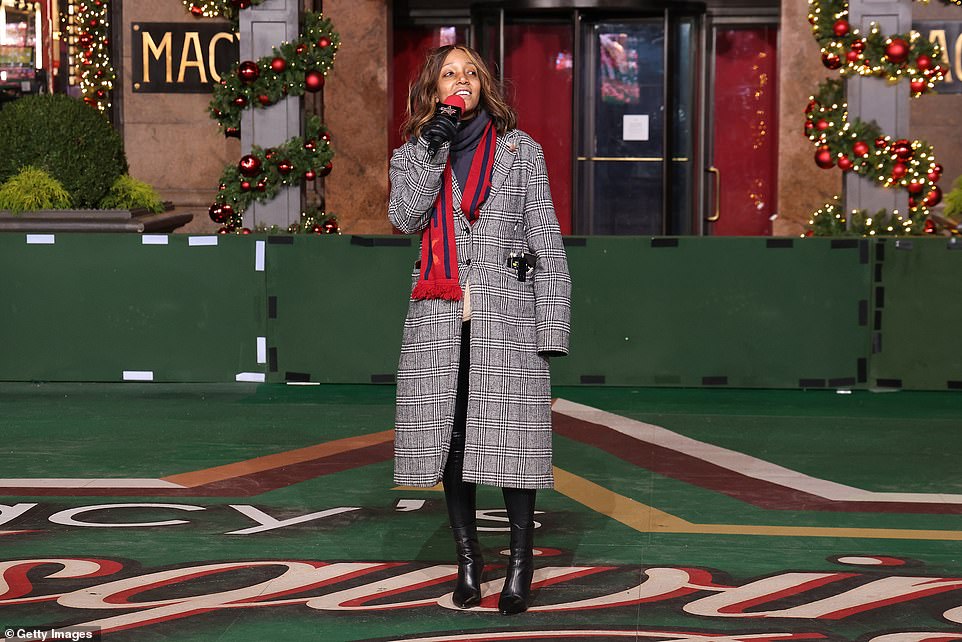 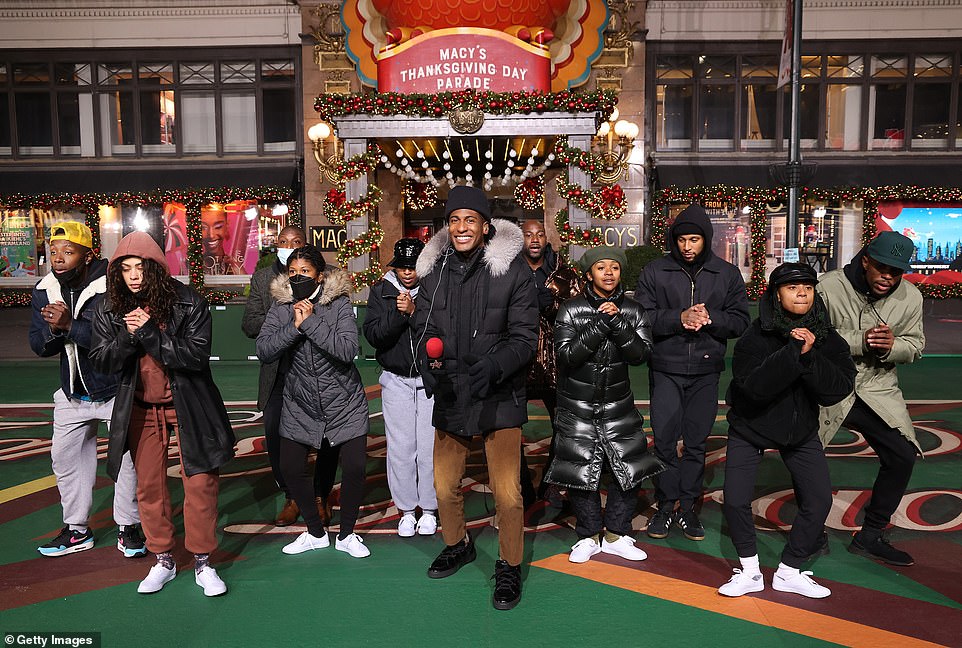 New Orleans singer Jon Batiste will sing and represent his home state on a float in Louisiana. He can be seen during rehearsals 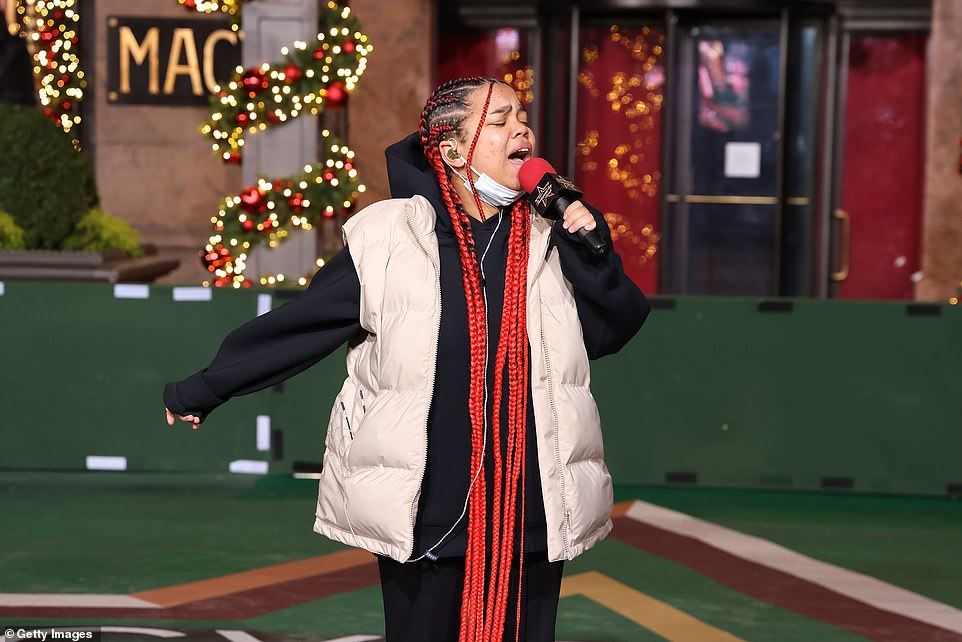 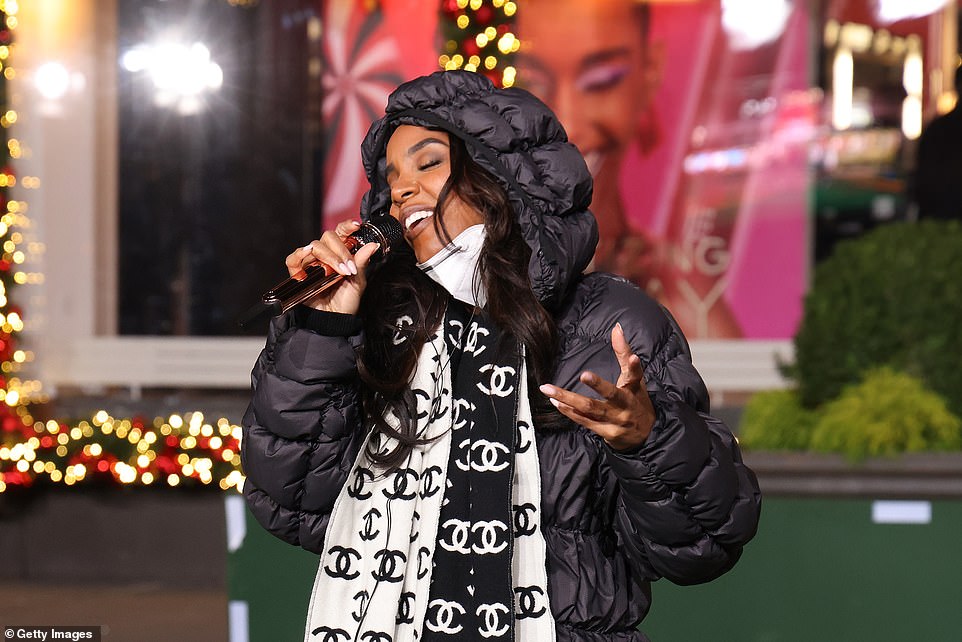 Some of the returning balloons include ‘The Boss Baby’, ‘Diary of a Wimpy Kid’, Chase from ‘Paw Patrol’, the Pillsbury Doughboy, Ronald McDonald, Red Titan from ‘Ryan’s World’, Papa Smurf, Sonic the Hedgehog and Spongebob Squarepants.

The Macy’s parade is a traditional kick-off to the holiday season, and spectators often queue half a dozen deep along the route to cheer on about 8,000 protesters, two dozen floats, entertainers and marching bands.

This year’s parade kicks off at 9:00 a.m. on West 77th Street and Central Park West and ends in front of Macy’s Herald Square.

Last year, the usual 2 1/2 mile route through busy Manhattan was scrapped in favor of concentrating events on a one-block stretch of 34th Street in front of the retailer’s flagship Manhattan store.

Many performances were pre-recorded and most of the parade’s performers were locally based to cut down on travel.

The balloons were attached to specialized vehicles instead of being controlled by handlers. 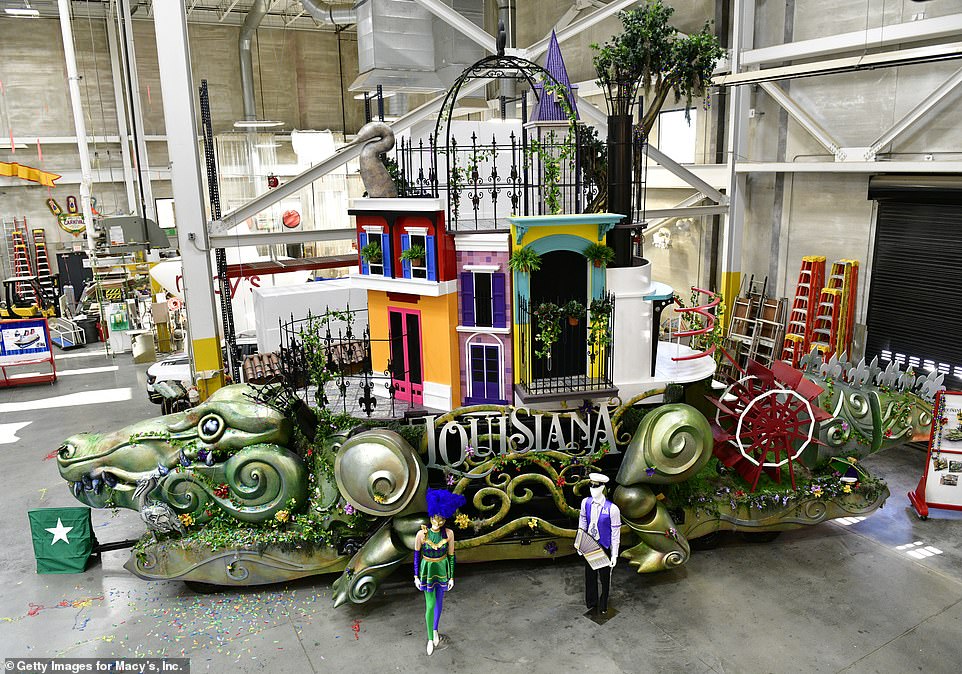 The largest float in the parade is called ‘Celebration Gator’ which is 60 feet tall and is intended to represent the state of Louisiana. This year’s new floats were unveiled on November 16 at a warehouse in Moonachie, New Jersey 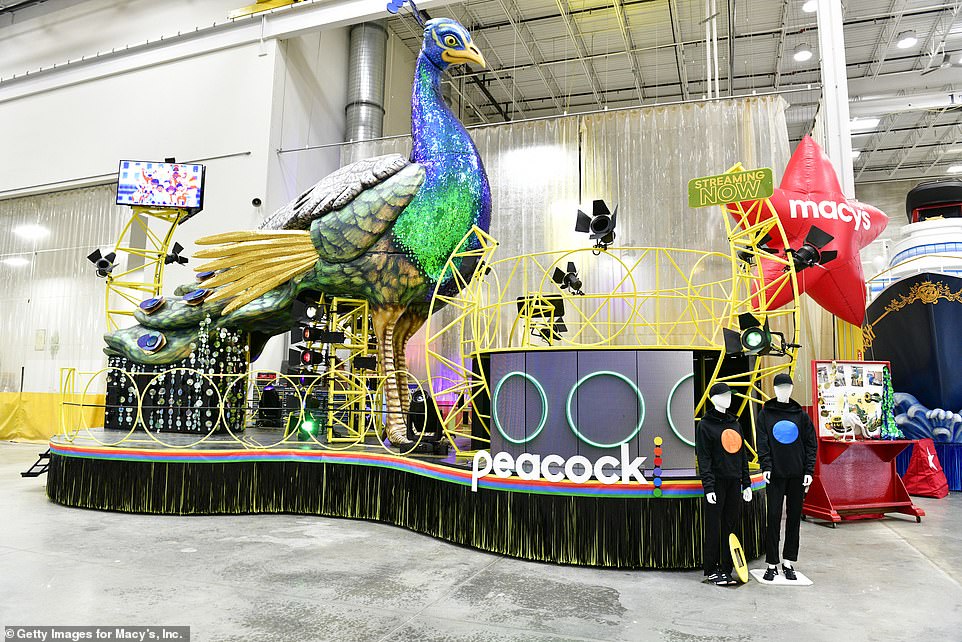 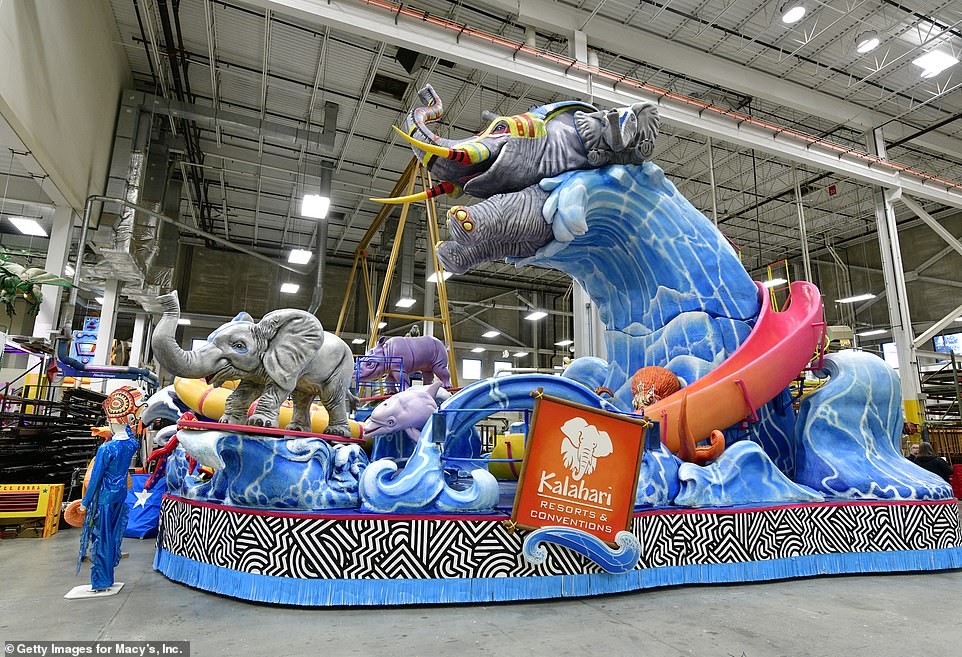 A float in front of the Kalahari Resorts & Conventions with a surfing elephant, a swimming octopus and a majestic rhinoceros 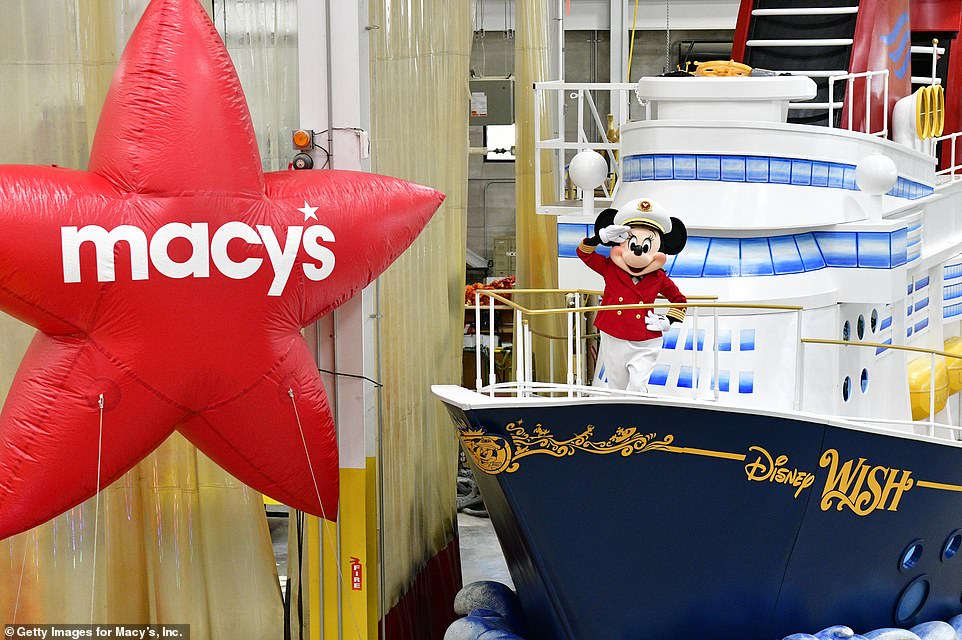 A float featuring Captain Minnie Mouse aboard the Disney cruise ship, who salutes to parade customers 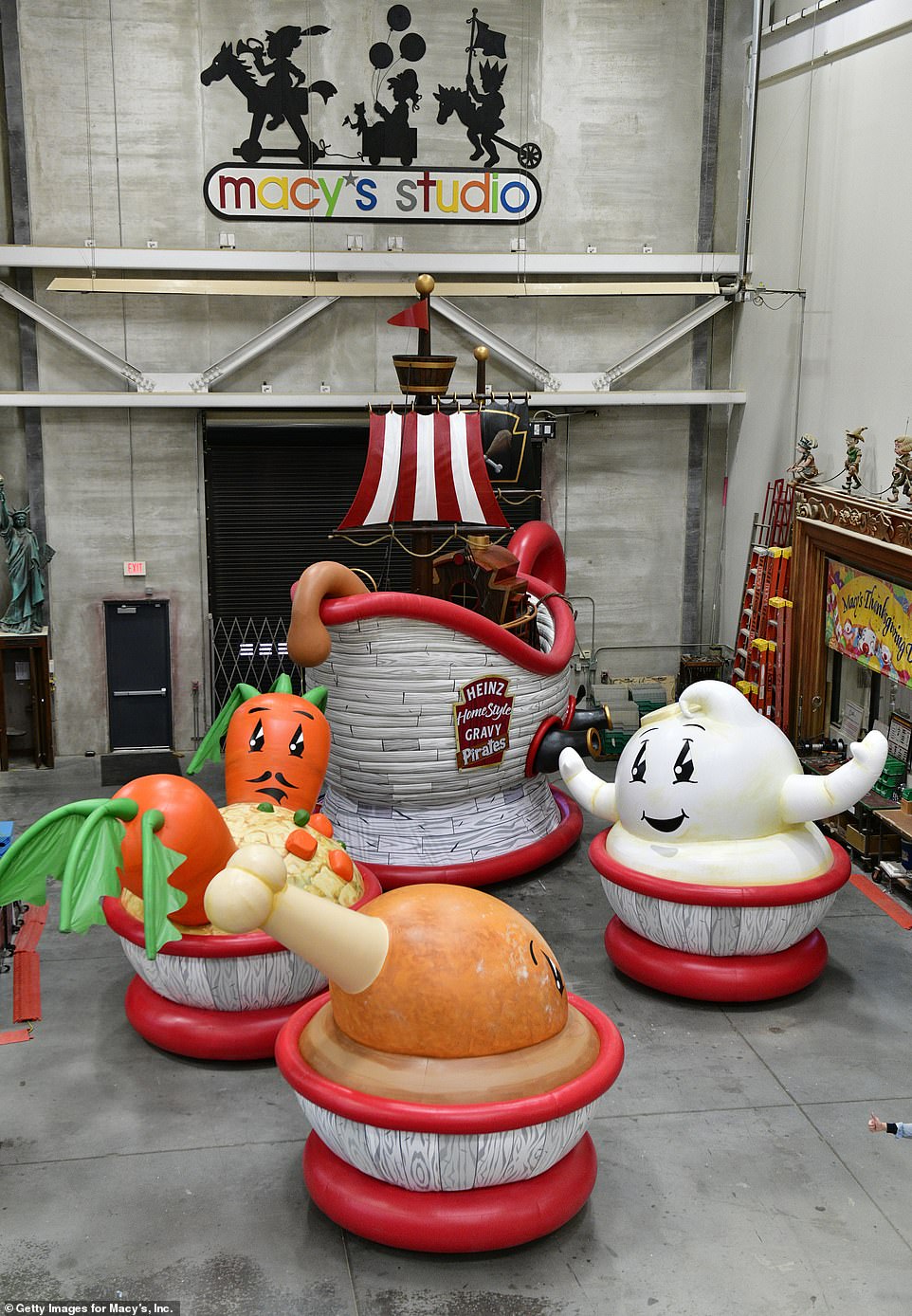 As in years past, the New York Police Department said it will block all vehicular access points to the parade route with sand-filled garbage trucks, other heavy vehicles and about 360,000 pounds of concrete barriers.

Thousands of officers are assigned to the parade route, including counter-terrorism teams.

Police Commissioner Dermot Shea said there were no specific, credible threats to the parade. 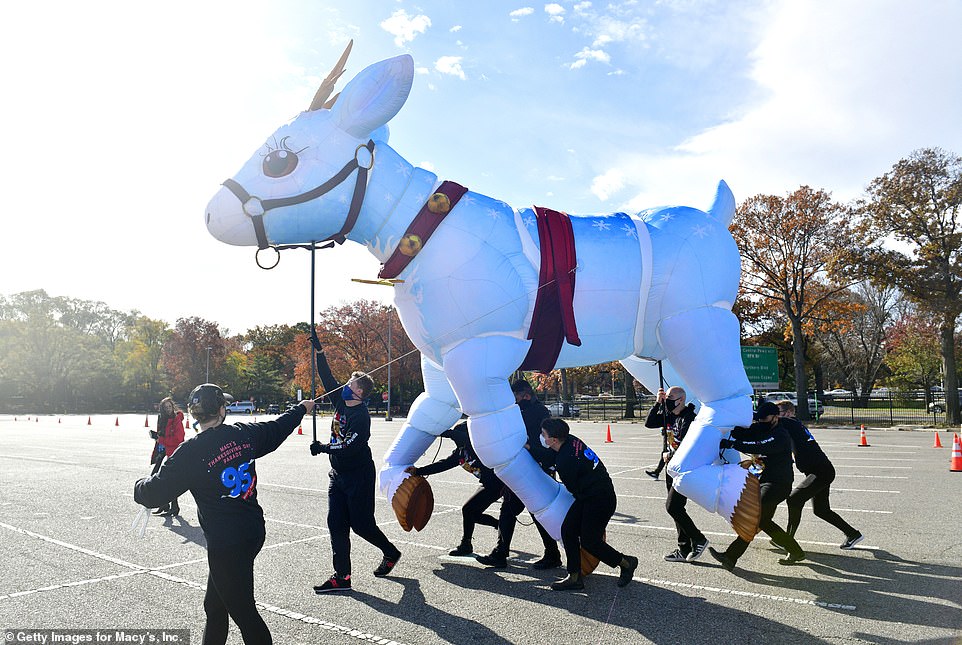 The star of Macy’s holiday campaign Tiptoe will be featured this year as a character balloon during a reveal that took place on Nov. 13 in New York 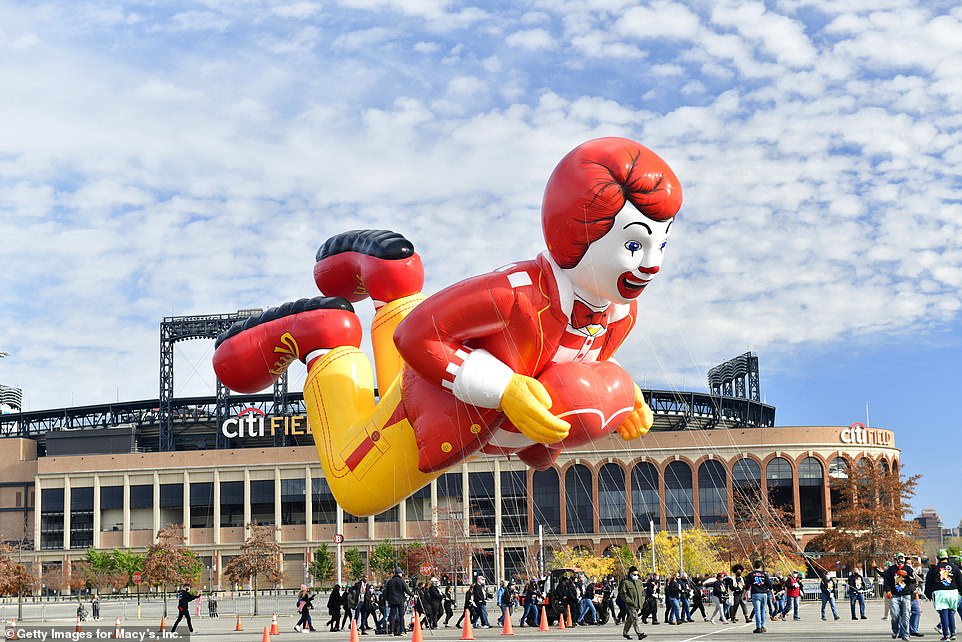 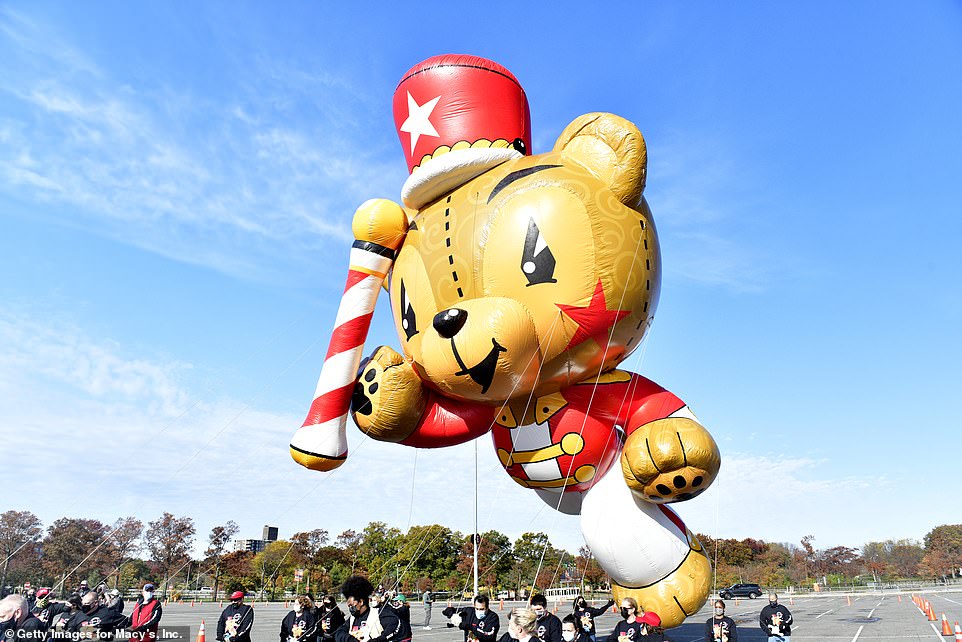 Molly Sims, 48, is referred to as a 'hot mom' by her followers as she warms up Miami 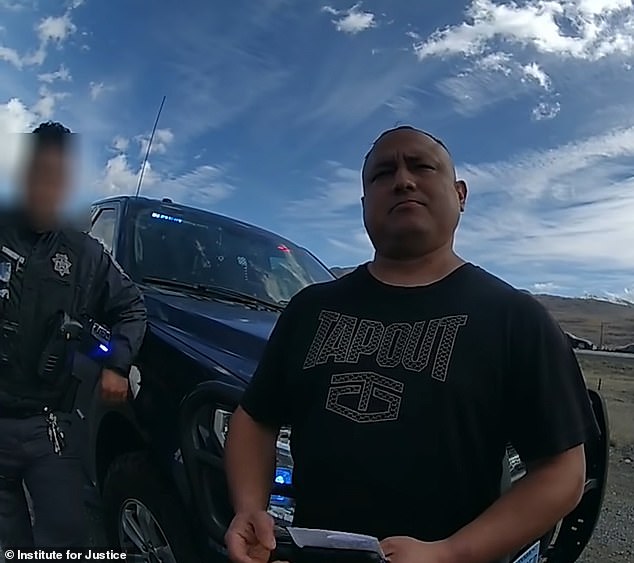