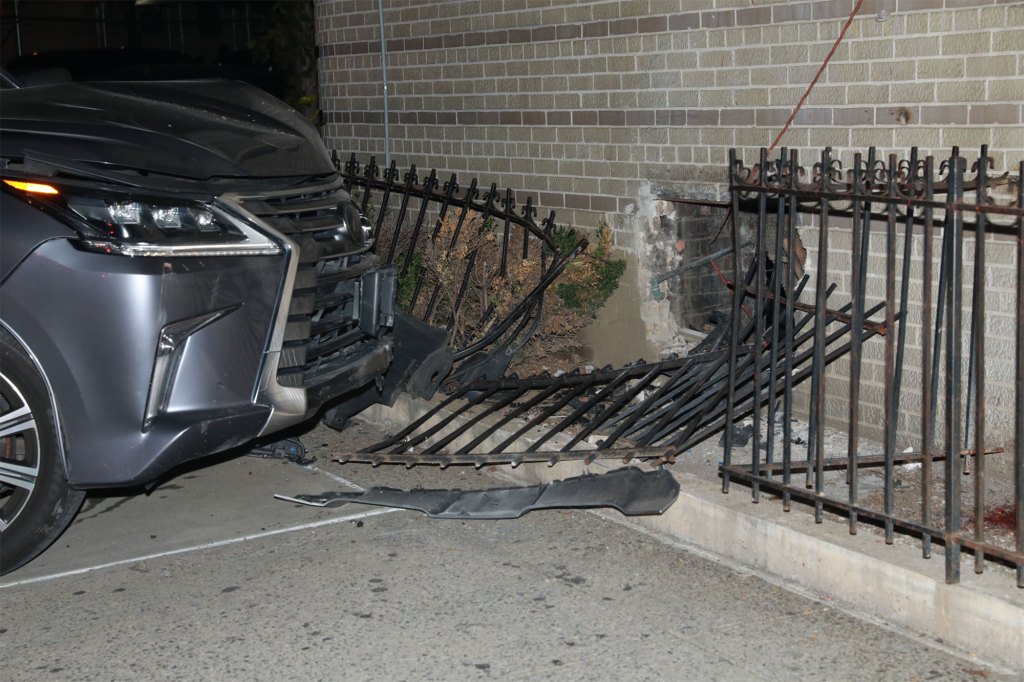 A woman was seriously injured after being hit by a car Friday night and impaled on a metal fence in the Bronx, police said.

The 59-year-old woman was walking down the street just after 6:30 p.m. when she was hit by a gray Lexus SUV off 2040 Bronxdale Ave. in Pelham Parkway, police said.

The car forced the woman into a fence and impaled her as the car continued to drive until it hit the building, police sources said.

Eerie photos of the scene show the shattered, rusted metal fence next to a pool of blood.

Police said the accident appeared to have happened by accident and there are currently no suspicions of crime.