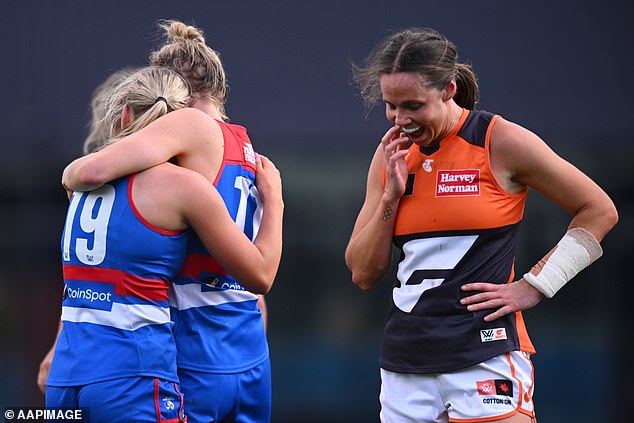 Olympian and AFLW star SLAMS the ‘gross’ Carlton locker rooms she says are ‘the most offensive thing’ she’s experienced in her long career: ‘We were escorted across the floor in our sports bras’

Chloe Dalton has labeled the conditions for players during the AFLW’s opening weekend as “the most offensive” she has ever experienced as an athlete.

The Olympic gold medalist and GWS star was part of the Giants side that took on the Western Bulldogs at Carlton’s Ikon Park on Sunday, and Dalton says she and her teammates were subjected to appalling conditions at the venue.

In her podcast, Dalton said there was “one dirty toilet” and the players had to walk across the field “in towels and sports bras” to take a private shower.

“Arriving at Marvel Stadium (Essendon and Hawthorn players were) entering prime locker rooms and warm-up areas are all factors that contribute to better performance,” she said of The Female Athlete Project.

“Quite stark contrast to the conditions we were greeted with, my teammates the GWS Giants at Ikon Park on Sunday.

“We had portaloo outside… to prepare for an AFLW game. And then, after the game, after ice baths in the locker rooms, we had to be escorted across the field by a guard in towels and sports bras to go to the indoor facility to take a shower in a booth. 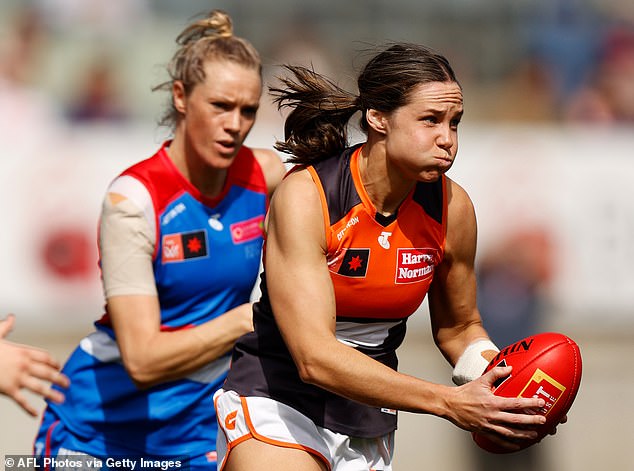 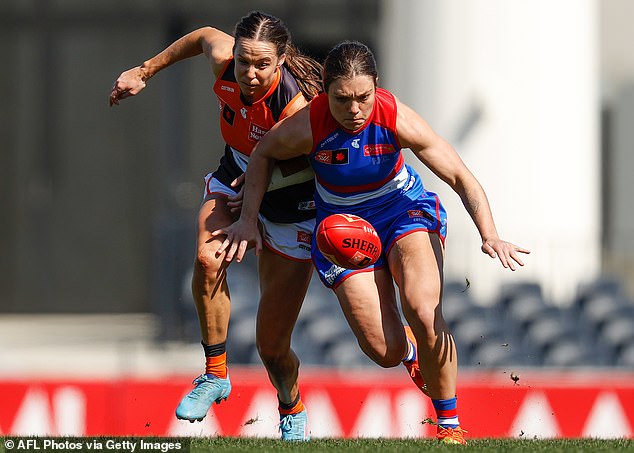 “It was probably one of the most insulting things I’ve experienced in my career as a professional athlete…offensive is probably the best word I can use to describe what it was like.”

Ikon Park is currently undergoing redevelopment and new facilities are expected to open in the coming weeks, although some players questioned why games were hosted at the location before the works were completed.

Nicole Livingstone, the League’s head of women’s football, calls finances a huge hurdle that must be overcome to allow more matches to take place in stadiums.

She also confirmed that the league would continue to favor “boutique grounds.”