A family has received an unwanted early Christmas present after wrapping one of the world’s deadliest snakes around their tree.

The family, from Gulfview Heights in the northern suburbs of Adelaide, was putting up Christmas decorations on Wednesday when they discovered an unusual-looking ornament.

Between the baubles and the tinsel was a huge brown snake that had slipped its way out of the Christmas tree storage box where it had been hiding. 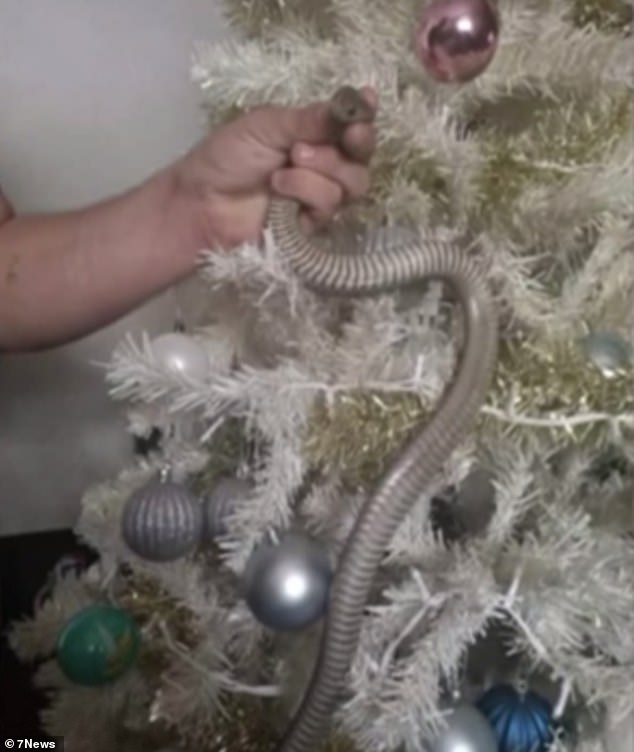 The shocked family immediately called in a snake catcher who had the difficult task of removing the unwanted decoration.

“It was pretty hard to get out, tangled up with all the lights and wires,” snake handler Jarrad Waye told Seven News.

Despite being his first ever call to remove a snake from a Christmas tree, Mr. Waye warned other families to keep an eye out for the reptiles this season.

“It’s kind of a funny season just because it’s so hot and so cold and the days change that on warmer days they go out and then go into hiding again,” he added. 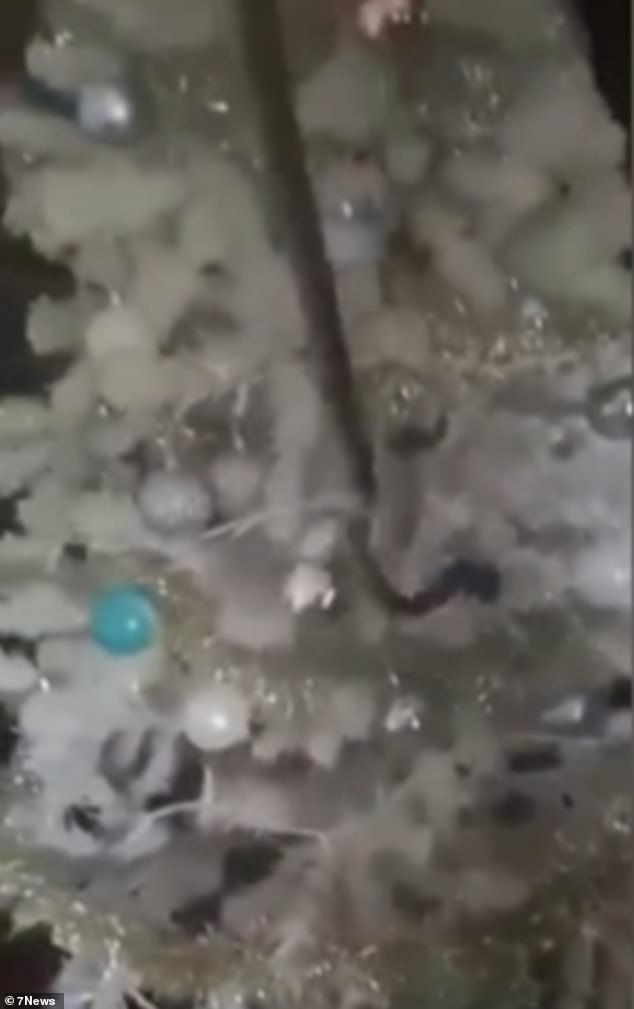 It’s not the strangest place Australians have seen a snake in the run up to summer.

Earlier this month, a family trying to beat the Queensland heat encountered a terrifying surprise when they found two brown tree snakes in their air conditioning.

With a few tools and a flashlight, one reptile was lured from the unit by snake catcher Stu McKenzie before the other managed to slip away.

Just days later, the same snake catcher was called to Twin Waters after a stubborn snake burrowed into a pool of water.

Mr McKenzie was able to encourage the hose to successfully come out – this time using an air blower.