The original Gerber baby, whose face has been on the jar for more than 90 years, passed away Friday at the age of 95, the company confirmed.

The company said it was “deeply saddened” by the loss of Ann Turner Cook and expressed its condolences to the family.

“Many years before she became an extraordinary mother, teacher and writer, her smile and expressive curiosity captured hearts everywhere and will live on as a symbol for all babies,” Gerber wrote in a tribute on Instagram.

Born in 1926, Cook wasn’t the iconic face of one of America’s biggest baby brands for just a few months of her life.

Her neighbor, Dorothy Hope Smith, drew the little girl with charcoal and entered her sketch for a 1928 Gerber baby food advertising campaign. The company wanted to change their packaging from ABC blocks to a real baby face.

Smith told the company she would complete the sketch and turn it into an oil painting if she won, but the company loved the basic sketch so much that they decided to keep it.

The sketch that started it all: Ann Taylor Cook was only a few months old when her neighbor painted her portrait in 1926 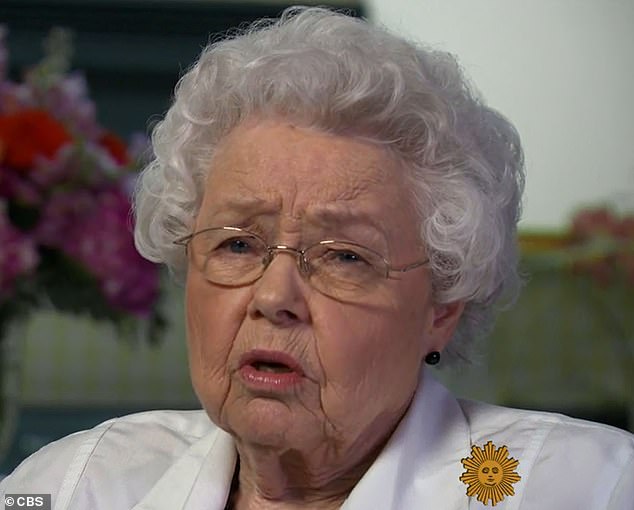 Cook’s face became the trademark of the brand in 1991 and was copyrighted in 1993 after it became so popular.

The original sketch is framed and still stands at the company’s headquarters in Fremont, Michigan.

Over the years, speculation and rumors circulated that the famous baby was people like “Humphrey Bogart or Elizabeth Taylor or Senator Bob Dole,” the company noted. Gerber hid the chef’s identity for 40 years, only revealing the beloved face’s name in 1978 after conducting a poll to let fans guess who it was.

Cook herself didn’t even know she was the face of the baby brand until she was three years old. 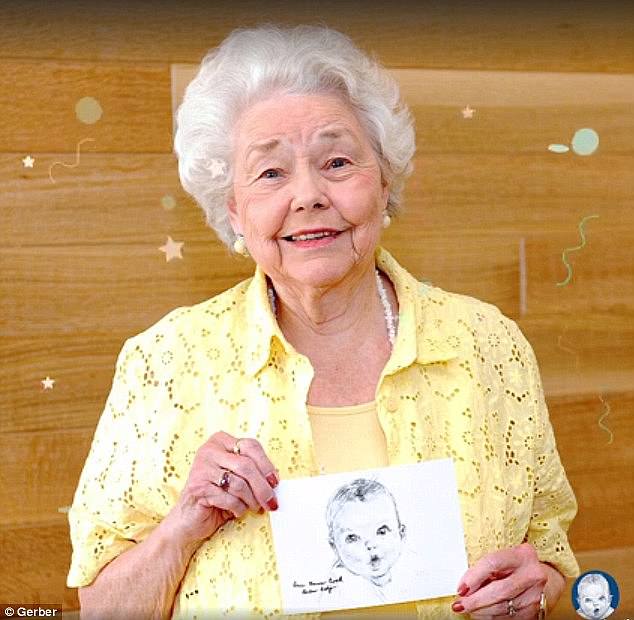 Cook, who became a teacher and writer, with a copy of the sketch 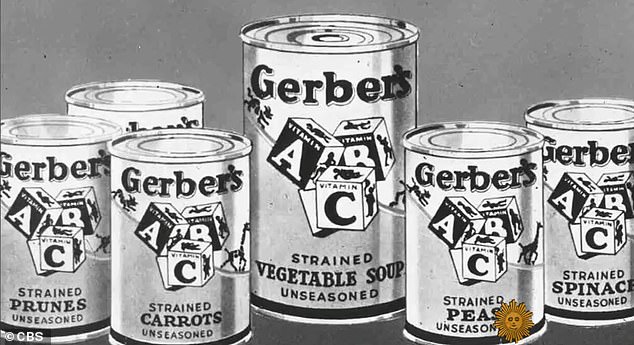 “I was probably about 3 years old when mom pointed to a jar of baby food and said this was my picture,” she said in an interview with CBS Sunday morning in 2013. ‘I thought it was quite a beautiful thing.’

The teacher and writer even recalled her ‘own children going through a grocery story and pointing to the Gerber baby food and saying, ‘That’s my mom’s picture’ to the passerby.

“I didn’t know if I should stop and explain it because it’s a rather complicated story or just kind of a smirk and carry on,” she said in 2013.

Gerber would eventually pay Cook for her role in the brand, buying her a “modest house” and a “first car.” However, Smith was only paid a few hundred for her sketch, according to CBS Sunday Mornings.

The most important part of her role, according to Cook: Becoming a symbol for babies.

“I can’t think of anything more fun than becoming a symbol for babies, and I think I’ve become that,” she said in 2013.

Gerber started changing the baby every year in 2011 – although Cook’s face is still on the package. 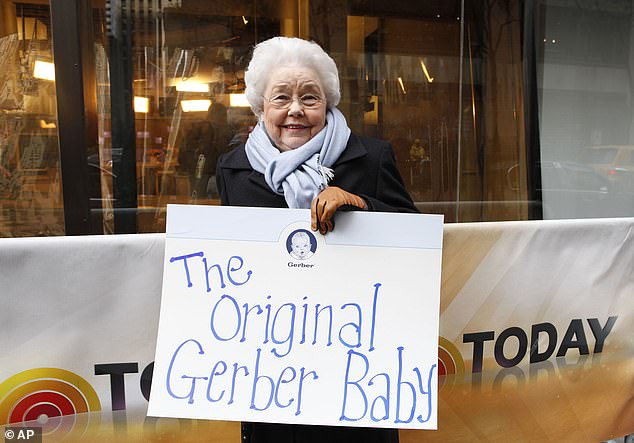 The company has continued to select twins, a baby with Down syndrome and an adopted baby.

Gerber went against the status quo in 2014 when they chose twins for the first time.

Paxton and Levi Strickland, now six, were chosen from over 150,000 applications and their mother Amanda screamed so loud when she found out that the boy’s father Matt thought something was wrong AOL†

The family won $50,000 and said they would put it into the boys’ college fund.

In 2018, Lucas Warren would become the first Gerber baby with Down syndrome.

“We hope this will touch everyone — that it will shed a little light on the special needs community and help more people with special needs to be accepted and not restricted,” his father Jason said, according to People†

“They have the potential to change the world, just like everyone else.”

One of the most famous Gerber babies was Magnolia Earl in 2020. She was the brand’s first adopted baby and she captured the hearts of the nation.

Last month, the baby brand revealed that it is the baby of 2022: Isa Slish. According to People, she will take on the adorable role of Chief Growing Officer (CGO) on the brand’s board of directors.

Isa will also go to the Chief Taster Tester and advise on new Gerber products.

Isa also has a physical disability, where she is missing a femur or a fibula in her right leg.

Her mother Meredith said she “hopes Isa’s story can bring more awareness to limb differences and create more inclusion for children like her. Because just like Isa, they too can be or do whatever they want!’

The baby brand has had 12 Gerber babies over the years, starting with Ann Taylor Cook in the 1920s.

Gerber died changing the baby annually from 2011 and these are the four babies who broke barriers. 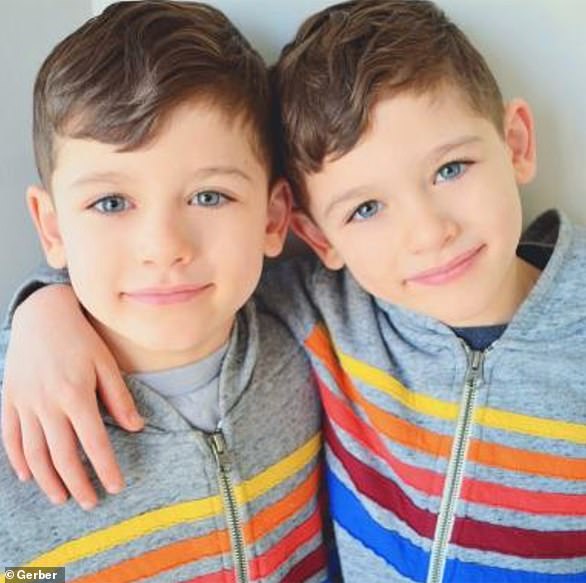 Paxton and Levi Strickland, now six, were chosen from over 150,000 applications and their mother Amanda screamed so loud when she found out that the boy’s father Matt thought something was wrong AOL†

“We’re so excited that the photo of Levi and Paxton has won the Grand Prix – it still doesn’t feel real,” Amanda said at the time. “We feel so blessed that the boys’ photo has been selected and are looking forward to putting the money aside for their tuition.”

The family won $50,000 and said they would spend it raising the boys. 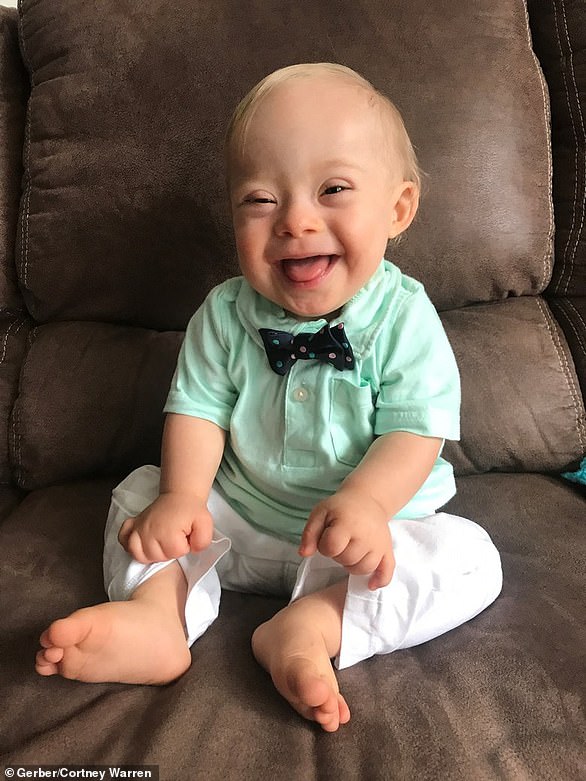 Lusas was the first baby Gerber picked with Down syndrome.

The happy child was seen in his photo with a bright, wacky smile and had a twinkle in his eye.

His family said they hoped his victory would help break the stigma of people with developmental disabilities and prove that they are just as capable as anyone else.

“We hope this will touch everyone — that it will shed a little light on the special needs community and help more people with special needs to be accepted and not restricted,” his father Jason said, according to People† 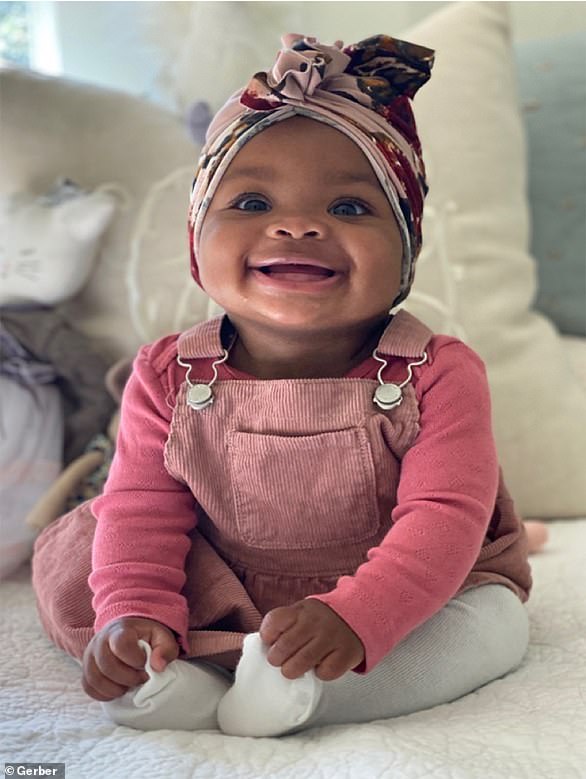 Her bright eyes, cheerful smile and cute face caught the attention of the nation and Gerber in 2020.

Her family called the win “incredible” and were excited to draw attention to adopted families.

“It means that when people see our families, or if you see a family that doesn’t necessarily fit together, you don’t have to question whether someone in that family belongs,” her mother Courtney told Today at the time.

Her father Russell agreed, stating, “A family is built on love. We may all look different, but we’re one family.’ 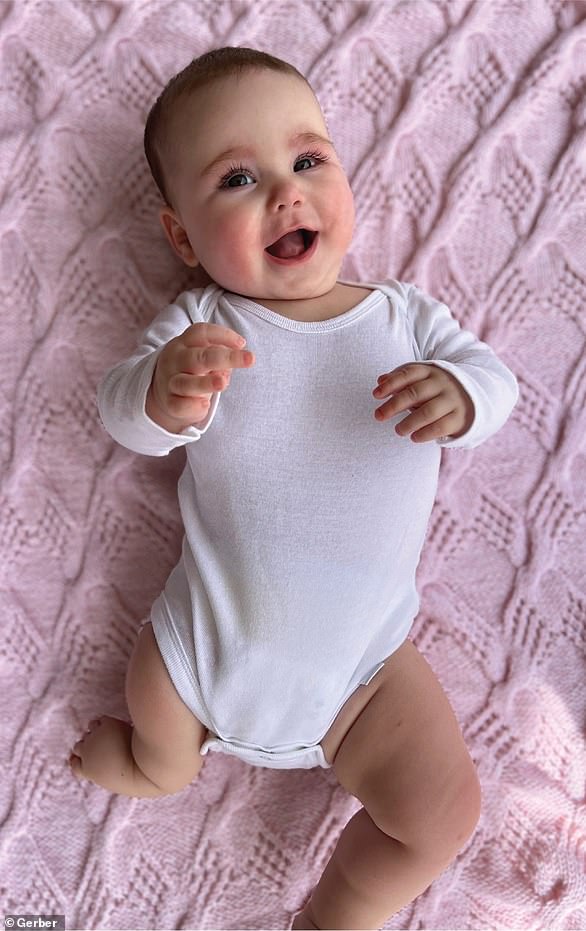 Isa was born with a femur or fibula in her right leg, but that doesn’t stop her from tasting the best Chief Growing Officer (CGO) and tester.

Her mother Meredith said she “hopes Isa’s story can bring more awareness to limb differences and create more inclusion for children like her. Because just like Isa, they too can be or do whatever they want!’