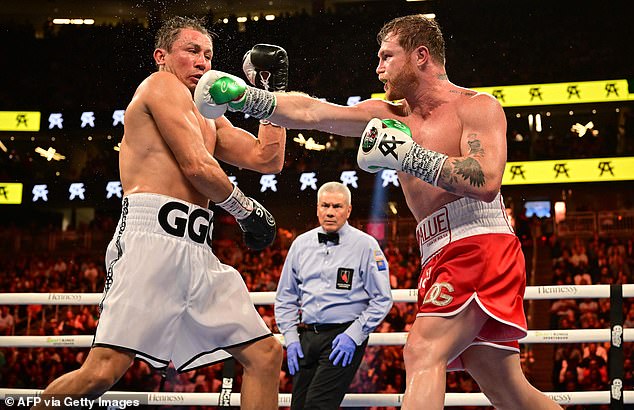 Oscar De La Hoya has deleted a tweet in which he criticized Canelo Alvarez and Gennady Golovkin’s trilogy fight, and reprimanded the Mexican for his performance in Las Vegas.

Canelo and Golovkin faced each other for the third time on Saturday night after two gripping matches in 2017 and 2018 that resulted in controversial decisions from the judges.

On this occasion, the fight struggled to live up to the hype, with Golovkin not doing much for most of the match, while Canelo worked his way to an extensive points win. De La Hoya was bitterly disappointed in the fight and then vented his frustrations on Twitter. 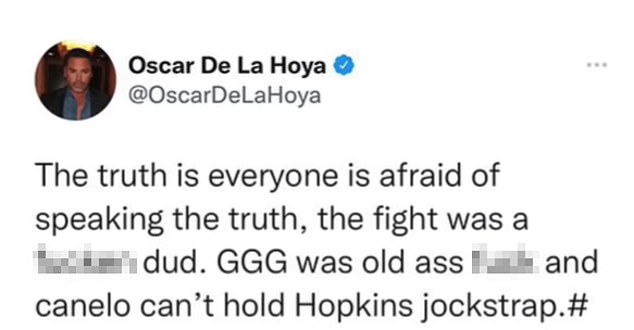 “The truth is that everyone is afraid to speak the truth. The fight was off***** blind. GGG was as old as f***, and Canelo can’t hold Hopkins’ jockstrap,” he wrote in the early hours of Sunday morning before later deleting his post.

De La Hoya previously promoted Canelo during the first 10 years of his career, with Bernard Hopkins working alongside him at Golden Boy Promotions to make the 32-year-old one of boxing’s biggest stars.

Comparisons have been made between the pair over the years, but De La Hoya has made it clear who he thinks will win in a mythical matchup. 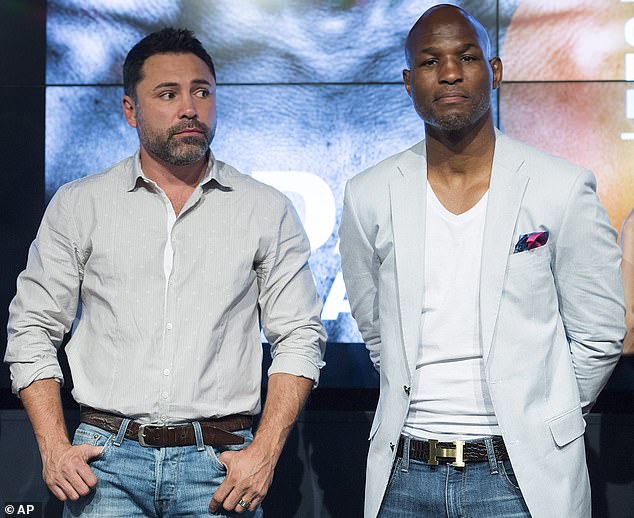 De La Hoya and Canelo had a bitter split in November 2020 after a dispute between the pair resulted in the boxer being fired from his contract with Golden Boy.

They exchanged words in the years since, and De La Hoya expressed his desire to fight Canelo last year before deciding not to return to the ring.

He also set up a dig at Canelo while in the arena on Saturday night, when he posted on Instagram that he nearly fell asleep during the fight and was only kept awake by his girlfriend, TV presenter Holly Sonders.

“I fell asleep until @holly.sonders grabbed my a**,” he wrote alongside a photo of him with Sonders on his Instagram story. 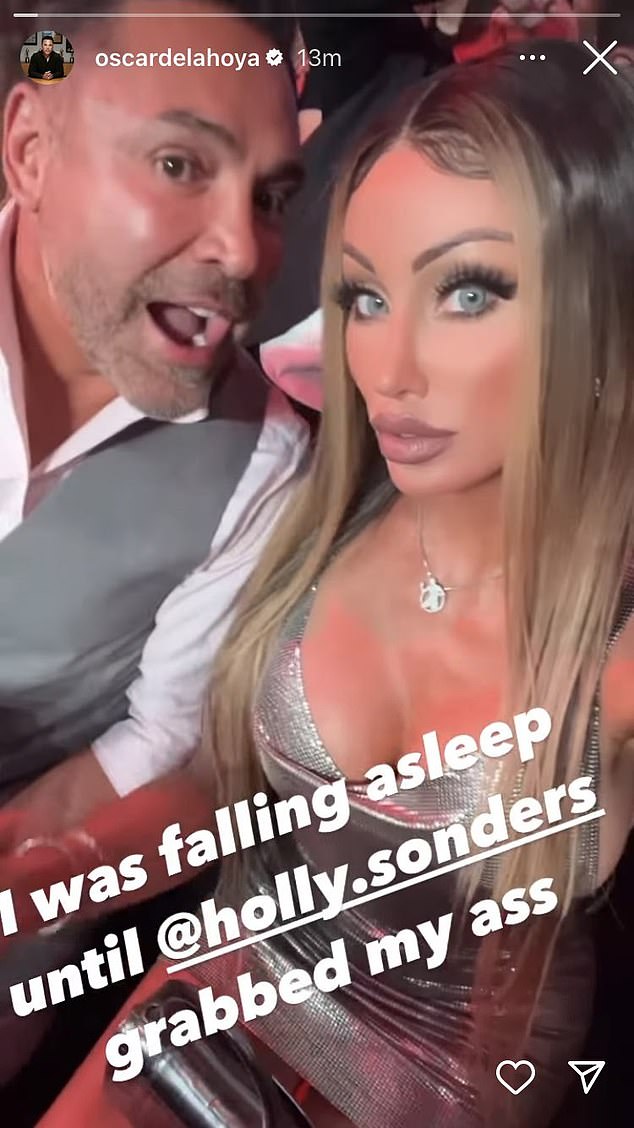