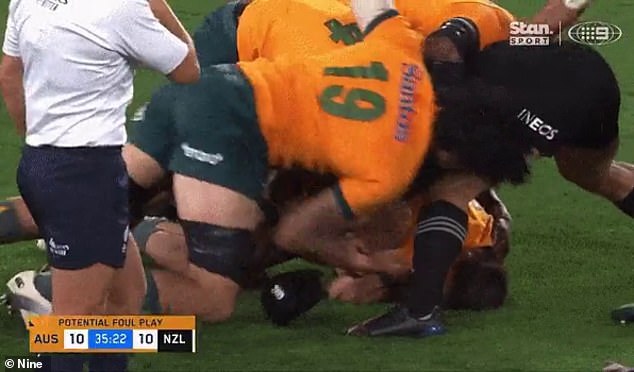 Rugby fans have been outraged after Australia’s Darcy Swain was given what they believe to be a soft six-week ban for an incident in which New Zealand’s Quinn Tupaea suffered a knee injury that ended at the end of the season.

Swain was shown a yellow card at the time, but was quoted after last week’s Bledisloe Cup game at Melbourne’s Marvel Stadium. 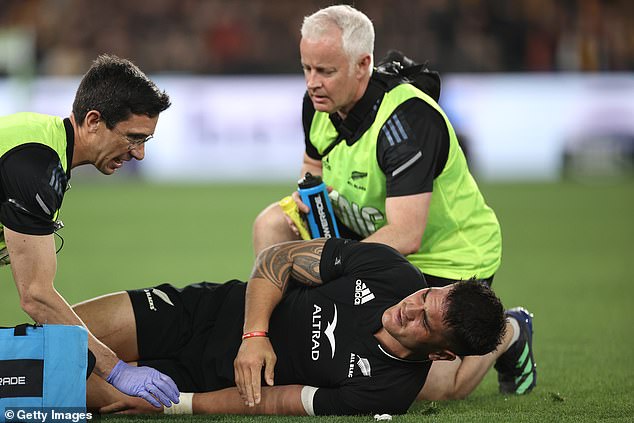 The ban on SANZAAR’s Judiciary Committee is extended to November 6, barring Swain from touring matches against Scotland at Murrayfield on October 30 and France in Paris on November 6.

It also means the Wallabies lock will be watching from home as Dave Rennie’s side heads to Eden Park on Saturday to face a seething All Blacks.

Cadeyrn Neville will replace Swain, with the Wallabies confirming that the Brumbies lock has made a full recovery from a knee injury sustained against England and will start on the second row in Auckland.

Rugby fans took to social media to condemn the ‘light’ decision handed out to Swain.

“Darcy Swain is getting 6 weeks. You should be ashamed. Gutless bastards,” wrote one Twitter user. 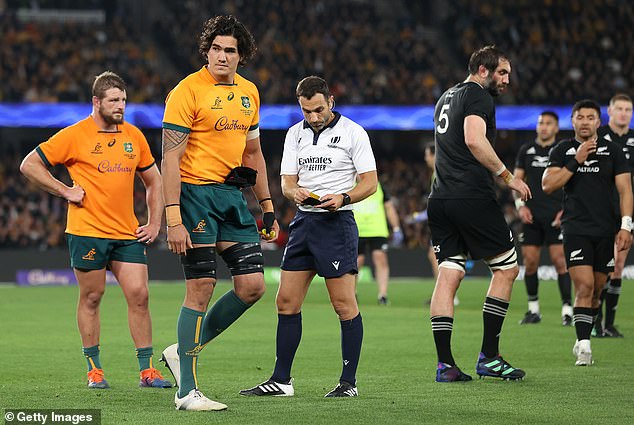 ‘6 week suspension for Darcy Swain. 9/12 months injured for the All Blacks player. World rugby is a joke. Absolutely Shocking,” added a second.

“Darcy Swain’s lawyer is getting many more appearances,” a third joked.

The episode startled many in the New Zealand camp, with Beauden Barrett labeling it a “free shot” at a “sitting duck.”

“In the immediate aftermath of the All Blacks’ 39-37 victory, coach Ian Foster said his side had ‘big issues’ with the incident.”

“We have a player who is probably out for nine months and it is not allowed to point the legs to the side on a cleanout past the ball,” he said.

“The rules are pretty clear.” 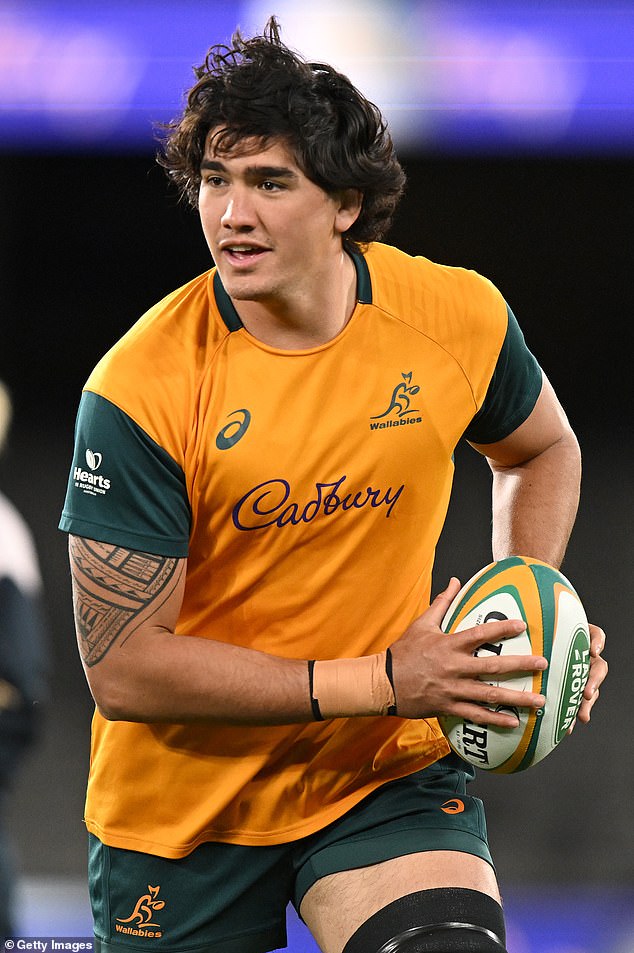 While many cling to the fury of the blow, at Thursday’s Auckland team naming ceremony, Foster objected to fanning the fire further.

Wallabies coach Dave Rennie downplayed the incident last week, saying he wasn’t sure it was worth a yellow card.

‘It certainly wasn’t meant to be. Ironically, he got a neck roll before cleaning up, but that wasn’t picked up,” Rennie said at the post-match press conference.

Swain will also miss the Australia A tour of Japan next month, the squad for which he was controversially named this week in what some believe was a ploy to use up his suspension. 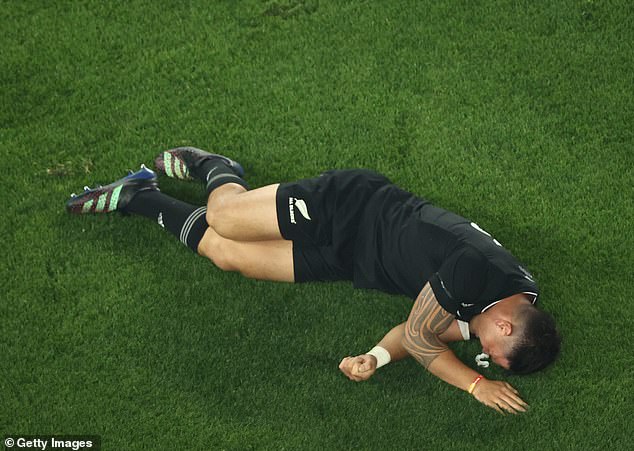 New Zealand coach Ian Foster said on Friday that Tupaea (pictured) will be sidelined for at least three months. The act turned out not to be intentional but ‘very reckless’

The 25-year-old has played for the Wallabies more times than any other Australia A team member this season.

By making the ban time-related rather than competition-related, Sanzaar has denied that issue.

Swain was found guilty of violating law 9.11 that ‘players should not do anything that is reckless or dangerous to others’.

The act was found not intentional but ‘very reckless’.