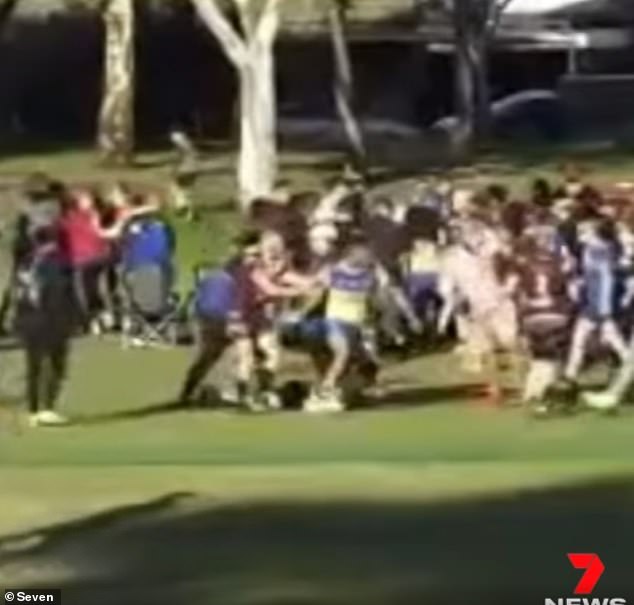 Police are investigating after a rugby league grand final in South Australia turned into an ugly brawl involving players and spectators.

The game between the Western District Warriors and the Eastern Eels had just ended at Mitchell Park last Sunday when the fight began – first between the players and soon with spectators as well.

A disturbing video from the event shows the crowd and players clashing and a player in a yellow and blue jersey delivering different punches to different individuals.

Players and spectators were both involved in the scuffle after the full-time whistle in the grand final game between the Western District Warriors and the Eastern Eels at Mitchell Park. 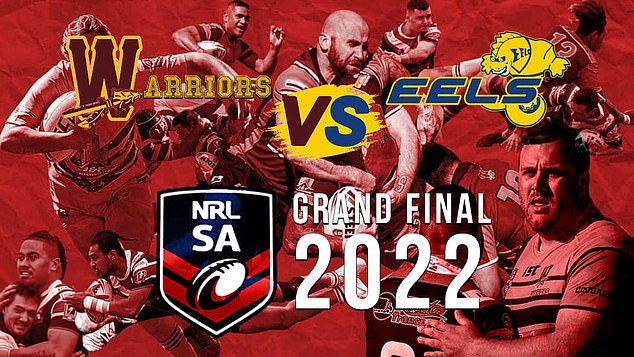 Daily Mail Australia does not imply that any of the players in the above image were involved in Sunday’s incident at Mitchell Park.

The video footage shows groups of players holding an audience member away from other teammates and pushing and pulling a lot.

Nine News reported that a 12-year-old boy was allegedly chased by a man with a raised fist who tried to hit him on the back of the head. The boy is said to be “shocked” by the incident.

SA police arrived after the final whistle at around 4.30pm and said the incident was over by the time they arrived.

Officers have confirmed that they are investigating the incident and have asked anyone who has been attacked who has not yet reported or witnessed the fight to contact them. 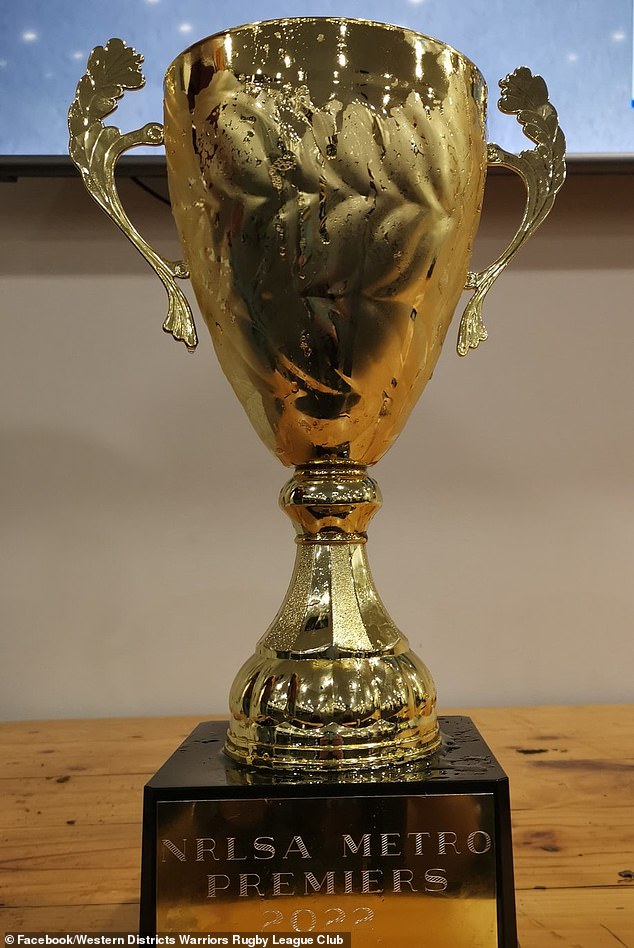 Video of the brawl has been shared on social media, sparking mixed opinions among users.

‘Nice. Bring back the biff,’ another replied.

None of the rugby league clubs involved in the melee have commented publicly, but the South Australian NRL judiciary is investigating.

What are quaternary twins? Salyors Twins Reveal How Their Sons Are Cousins ​​and Genetic Brothers

Is this proof brain scans can read our minds? Special type of MRI translated brainwaves into images