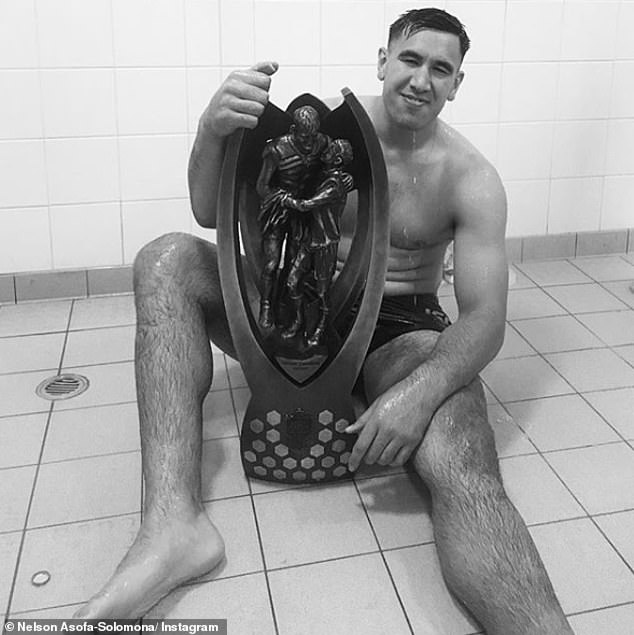 Storm firebrand Nelson Asofa-Solomona has been branded ‘the worst cheap merchant in rugby league’ as the footy world erupts over yet another series of deliberate foul play in Melbourne’s loss to the Roosters on Friday night.

The two-time premiership winner was fined $3,000 by the NRL for hitting a defenseless Joseph Suaalii with his elbow – an act that was not even noticed or punished during the match.

He also seemed to slip in on his knees and collect Joey Manu in the head – and again he got no action on the pitch or from the match judging committee.

“However, there are no defensive players like Asofa-Solomona or his teammate and another repeat offender, Felise Kaufusi,” Rothfield wrote.

“They should be swept out of the game with long bans the next time they get out of line. Long suspensions are the most powerful deterrent to foul play and will lead to behavioral change.”

The leader of the attack had become Martin Lang, former Panthers prime minister and neuroscientist, who called Asofa-Solomona’s elbow against Suaalii’s head “outrageous.”

The 176-match legend criticized the NRL for its passivity and begged the league to do something before it was too late.

“About 90 percent of the concussions I’ve had in my career were the result of foul play,” Lang said.

“The penalties I got for foul play during my career were insufficient. It cannot go on or the NRL risks large-scale lawsuits.’ 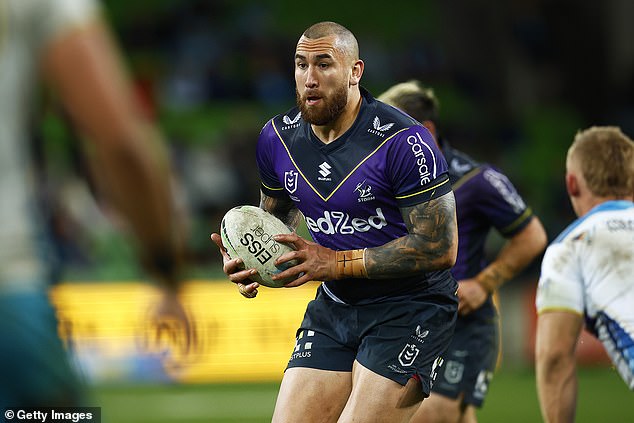 ‘Always do this with the little boys and when someone like YWH [Roosters player Jared Warea-Hargreaves] goes after him, he drops his ass. Loser,” Lussick noted.

One fan wrote Asofa-Solomona “shouldn’t be allowed to play again this season”, while another said the storm enforcer will face so many fines that the NRL can “build a new judicial facility”.

Others lashed out at him for not being able to cope with what he was dishing up: “Am willing to hand it out to guys half his size, but as soon as Warea-Hargreaves shows up, he lays down like a sook,” wrote a fan. 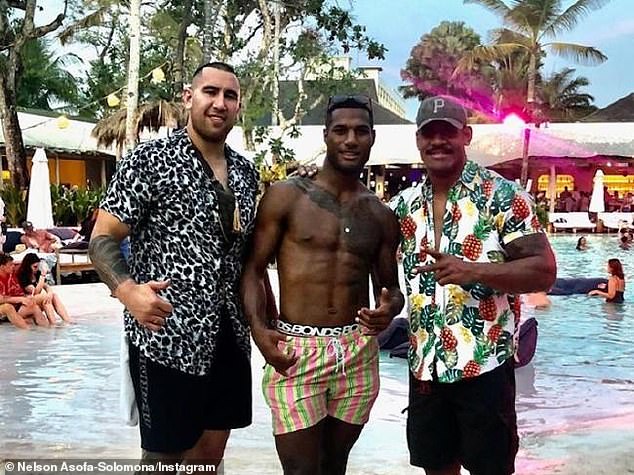 Hi @NRL,I don’t say this about a lot of players, but there’s hard and then there’s this… oh and I believe this guy has done it before. It’s utter rubbish and frankly disgusting. To sort. He should not be allowed to play again this season. #NRL #NRLStormRoosterspic.twitter.com/esYRRqLQmc

Nelson Asofa Solomona, who eats a fraction of what he regularly serves, suddenly doesn’t like it so much anymore.

Asofa-Solomona is an absolute cat. Willing to hand it out to dudes half his size, but as soon as Warea-Hargreaves shows up, he lays down like a sook.

Friday’s game was far from the first time Asofa-Solomona had run into trouble with the match’s judiciary or been scolded by fans for his ‘cheap shots’.

The Storm star has made 162 appearances for the club since making his debut in 2015 and has been charged a staggering 18 times by the NRL’s Match Judging Committee (including four this season) – but faced just 13 weeks’ worth of suspensions.

Earlier this year, he was fined $1,000 for collecting eel ahead of Makahesi Makatoa on the back of the head with a swinging arm.

Asofa-Solomona wasn’t even fined for an elbow to the face of Warriors star Wade Egan cutting out the hooker’s two front teeth. 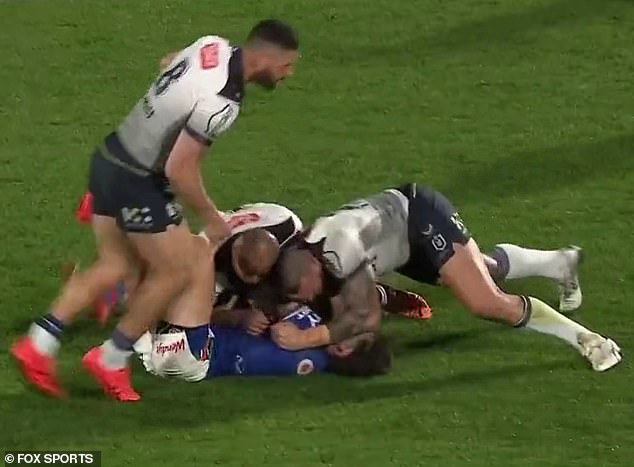 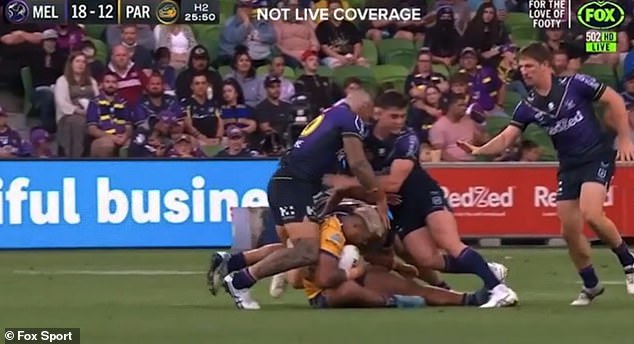 Asofa-Solomona is pictured hitting Makatoa in the back of the head on Saturday with a swinging arm. The two attackers had been engaged in an ongoing fight beforehand

Asofa-Solomona wasn’t the only Storm player to come under fire for a grimy act against the Roosters, either.

Gun five-eighth Cameron Munster was given a concerning act notice for pushing Hanen halfway into Sam Walker’s face while the young star lay on the floor.

The chatter is unlikely to disturb the Storm, with the side taking on Parramatta on Thursday night in a crucial clash ahead of yet another finals campaign.