The heartbroken family of a newlywed bride found dead in a Swansea tanning salon raises money to fly her to New Zealand.

Piata Tauwhare, 30, sunk into the tanning bed after booking an appointment for an 11-minute session.

The alarm was raised when her concerned husband Ifan Jones, 23, was unable to contact her after the visit.

He phoned his mother Emma Collyer-Miles, 42, who then set out on Saturday to look for Piata in Lextan in Swansea, South Wales.

The family is now raising money to fly the tragic Piata home to New Zealand after her body was found on the ground in an upright tanning bed.

She is believed to have suffered from sudden arrhythmic death syndrome before being found two hours later. 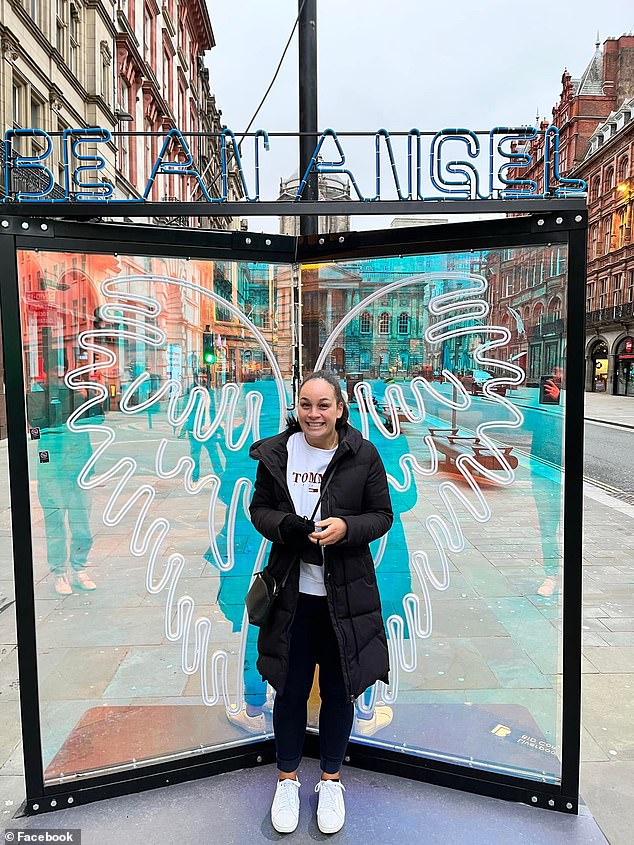 Mrs Tauwhare, in the photo, had booked an 11-minute tanning session on Saturday. Her mother-in-law Emma Collyer-Miles went to the salon after Mrs Tauwhare didn’t answer her phone when her body was discovered 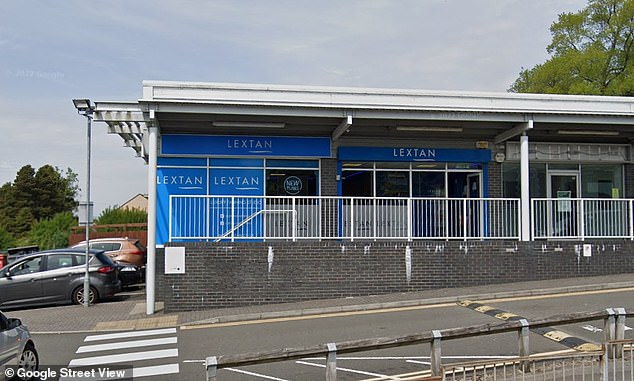 Mrs Tauwhare collapsed at Lextan on Sunday in Fforestfach, Swansea

Mr Jones paid tribute to his “compassionate, selfless” wife who worked as a mental health professional.

He said: ‘Anyone who has ever had the pleasure of venerating the presence of Piata Tauwhare will know that she was one of the kindest and purest souls they have ever had and will ever remember.

‘Her shining smile, eternally set on her sun-drenched face, will live happily in our hearts forever. Even when she couldn’t understand a word of our weird Welsh accents, her teeth still glistened courteously and reassuringly to make us feel like we were being heard.

“That was her in a nutshell, a compassionate, selfless woman, who put others first, even when she couldn’t understand a word we said.

“Pi was the most caring, special daughter, sister, niece, friend and wife.”

The couple married in September before moving back to Mr Jones’s hometown of Swansea.

Mother-in-law Emma described her as “an angel to all of us” and said the horrific incident “will stay with me forever.”

Family and friends now have raised over £5,500 to get Piata back to New Zealand.

A spokesperson for Lextan said: ‘We can unfortunately confirm that a customer passed away during our Fforestfach salon on Saturday 28 May.

“We extend our condolences to the family and friends of the deceased, and we have also offered assistance to the affected personnel.

“We are cooperating with the South Wales Police’s investigation into this matter and at this time they are under further investigation.”

The police called at 4:05 pm by paramedics, but Piata was pronounced dead the same day.

South Wales Police Detective Inspector Gareth Jones said: ‘South Wales Police were called by the Welsh Ambulance Service at around 4.05pm on Saturday 28 May after reports that a woman’s body had been found in a commercial building on Carmarthen Road, Fforestfach.

Emergency services arrived and found the body of a woman in her thirties. There are no suspicious circumstances surrounding her death.’