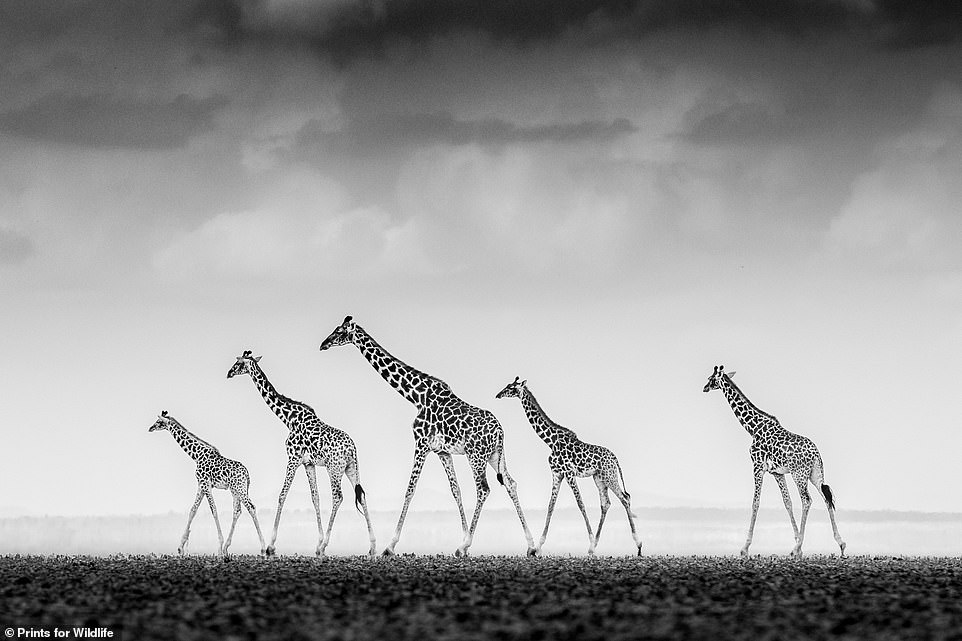 A fundraiser launched today means people can buy a beautiful print of wildlife with 100 percent of profits going towards the conservation of African parks.

More than 100 photographers have come together to Print for wildlife for the benefit of the VZW parks.

Nearly half of Africa’s landmass suffers from degradation, but Prints for Wildlife is helping African Parks protect 30 million hectares of Africa’s protected areas.

Selling for $100 (£85) over the next month, the stunning photos show a majestic herd of giraffes, an impressive polar bear and adorable penguins sliding down an iceberg.

A fundraiser launched today means people can buy a beautiful print of wildlife with 100 percent of profits going towards the conservation of African parks. James Lewin has captured five Maasai giraffes in a mirage-like image in Kenya 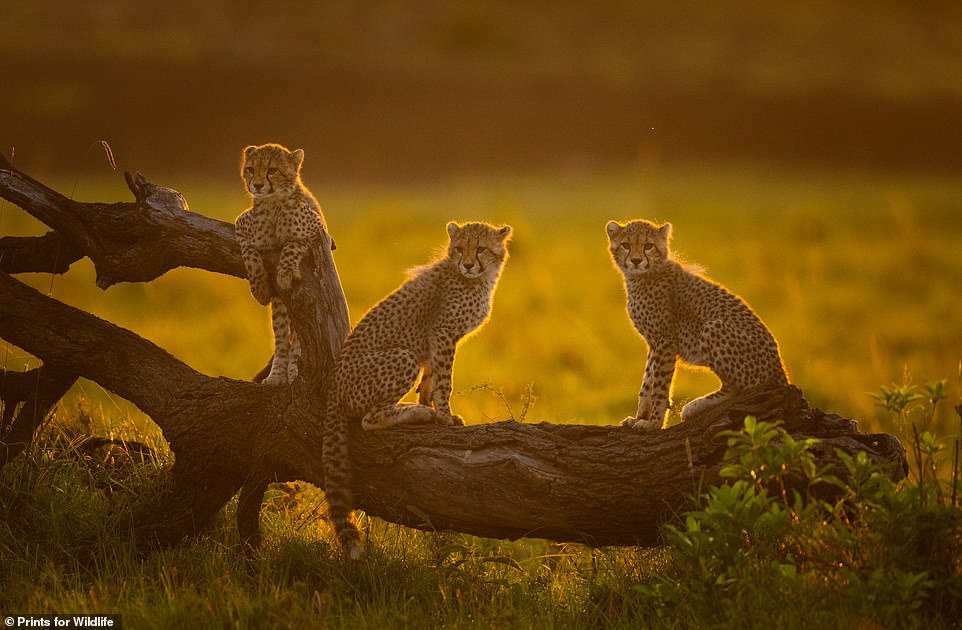 More than 100 photographers have come together to sell the Prints for Wildlife for the benefit of the non-profit parks. A family of cheetahs in Kenya stopping on a fallen tree trunk to observe their surroundings during sunrise, taken by British photographer Andy Parkinson 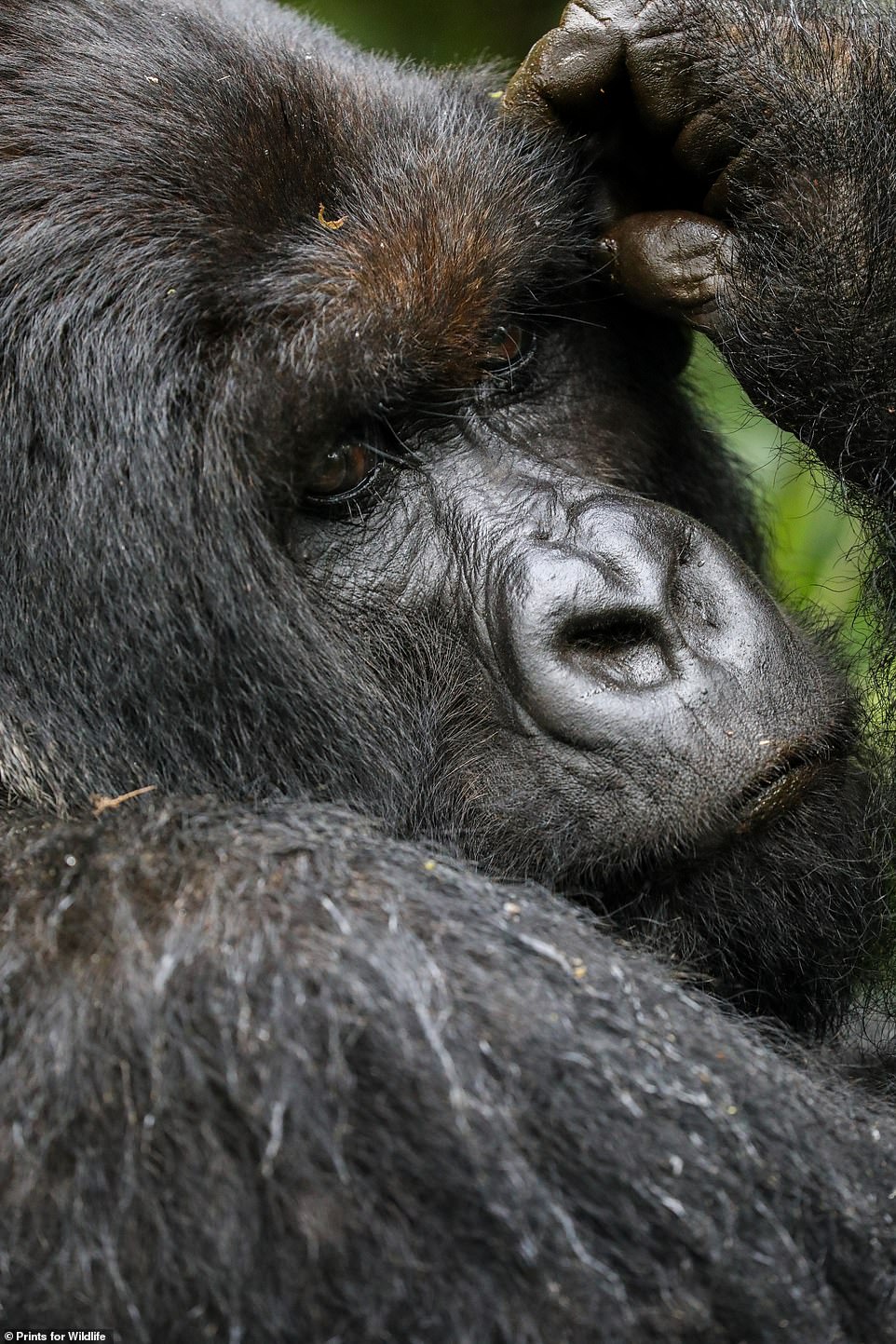 The beautiful photos sell for $100. Pictured: A huge silverback mountain gorilla, known as Kigoma, sits in the woods picking insects from its fur and chewing on plants in Volcanoes National Park, Rwanda

African Parks manages 22 parks on behalf of African governments, including Kafue (Zambia), Akagera (Rwanda) and Liwonde (Malawi), and plans to manage 30 by 2030.

“Preserving wildlife, protecting valuable biomes and supporting communities has now found a place in the hearts and, with the stunning art of all the generous photographers, on the walls of thousands of homes around the world.”

This year’s fundraiser will feature more than 100 photos from acclaimed wildlife photographers, including Will Burrard Lucas, Beverly Joubert and Drew Doggett. 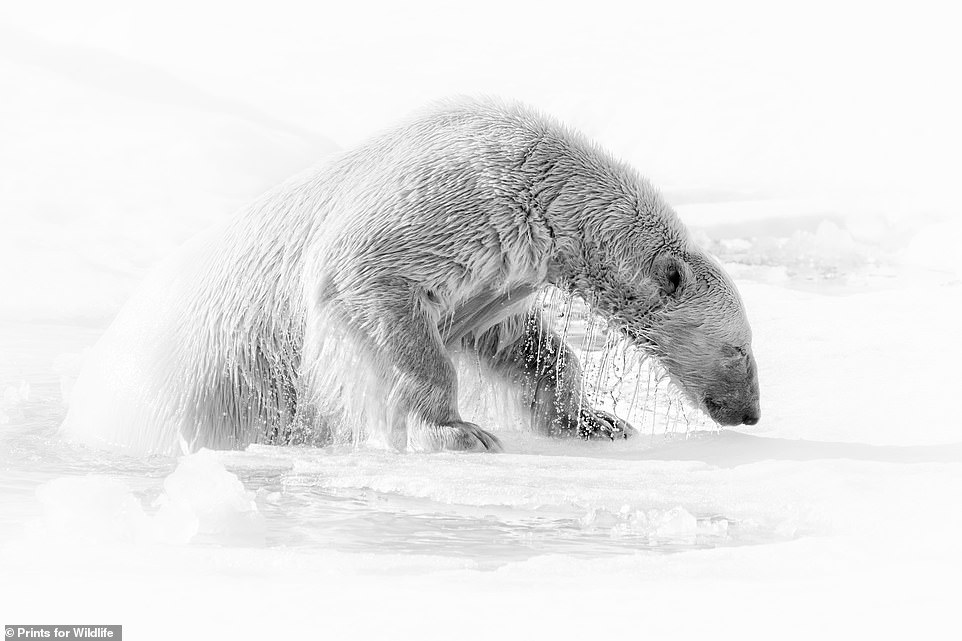 A polar bear after a seal swim on the pack ice north of the island of Spitsbergen in Norway, in the ‘highest temperature ever recorded’ there – 23C 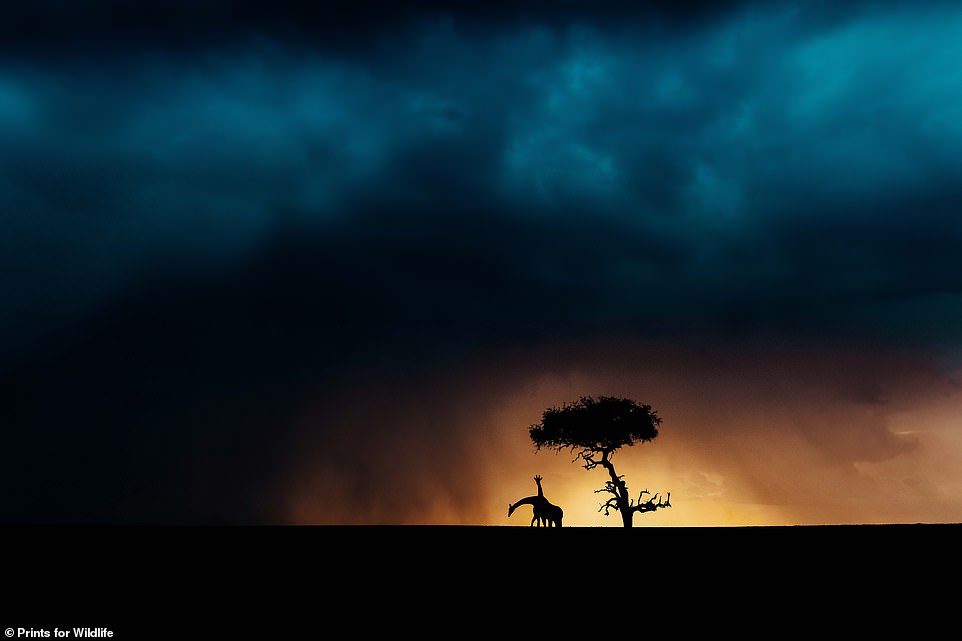 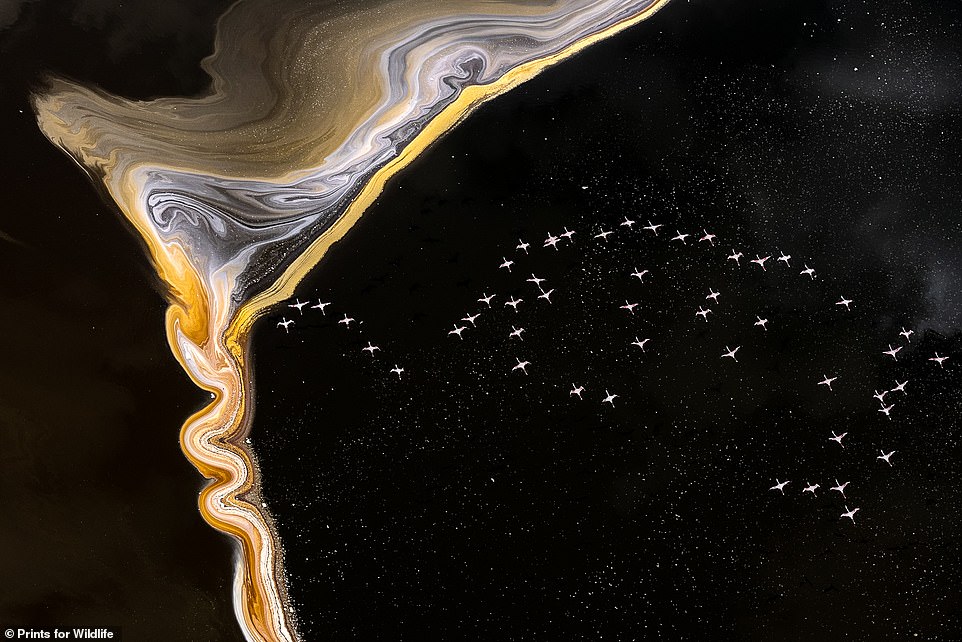 Flamingos in Lake Magadi, Kenya, in ‘phenomenal’ conditions as a yellow and orange pattern in the lake. Photographer Gurcharan Roopra’s pilot said he had never seen the lake ‘so beautiful’ 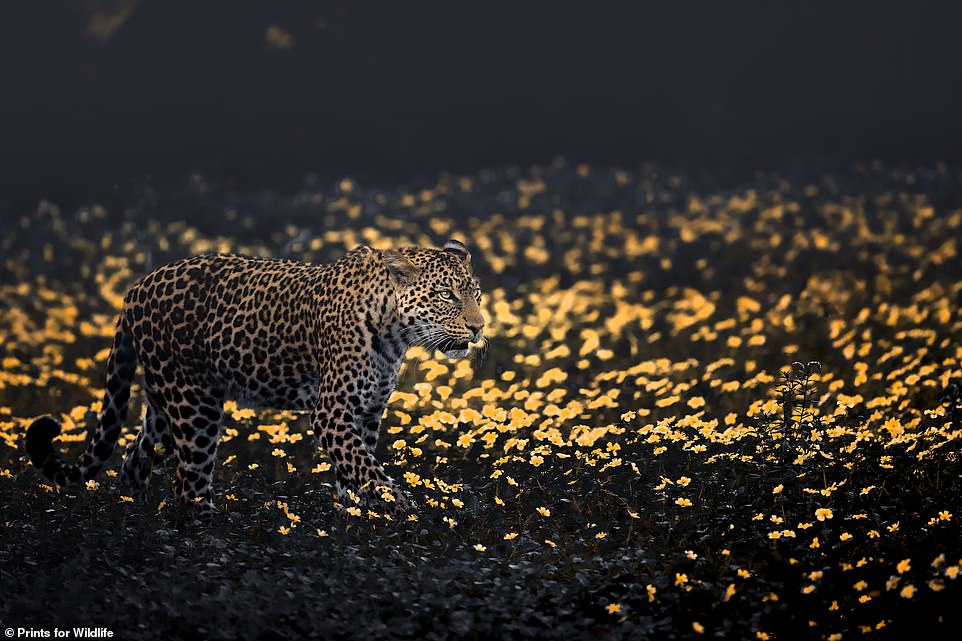 A leopard in a field of bright Devils Thorn flowers on the way to a large Mashatu tree in Botswana, taken by Saul Rivkind 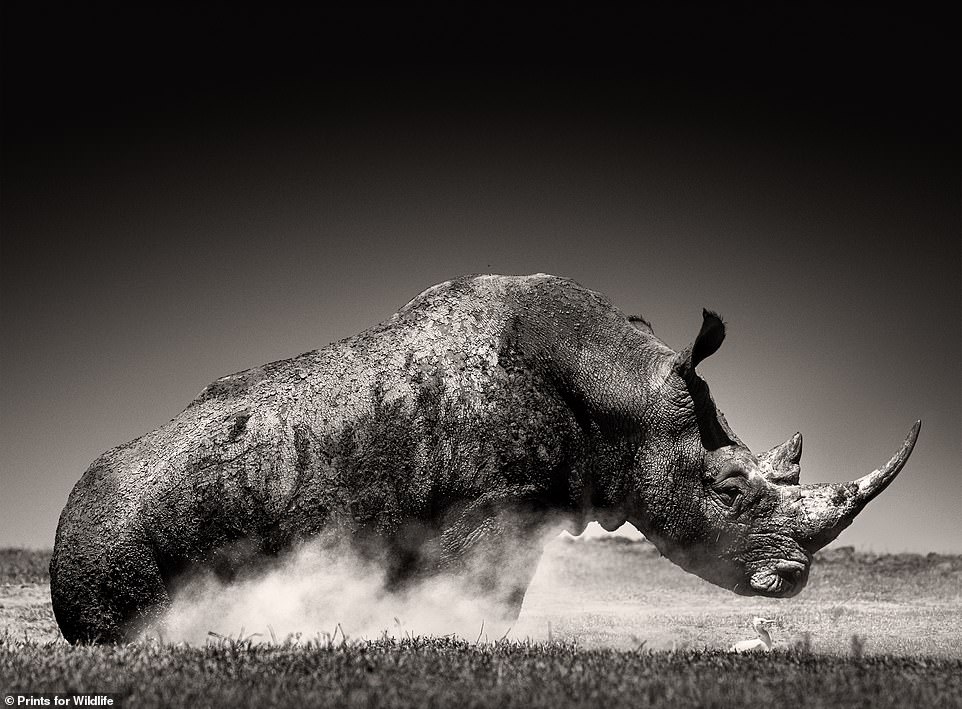 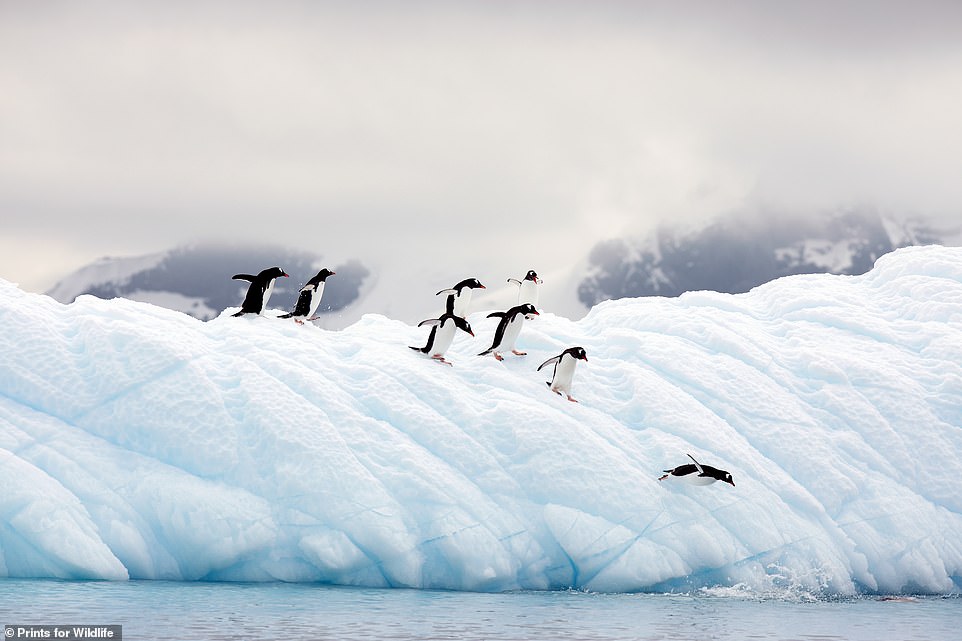 Gentoo penguins on an iceberg in Antarctica as they wait for the tide to jump into the ocean to feed. Taken by Lucia Griggi from a boat 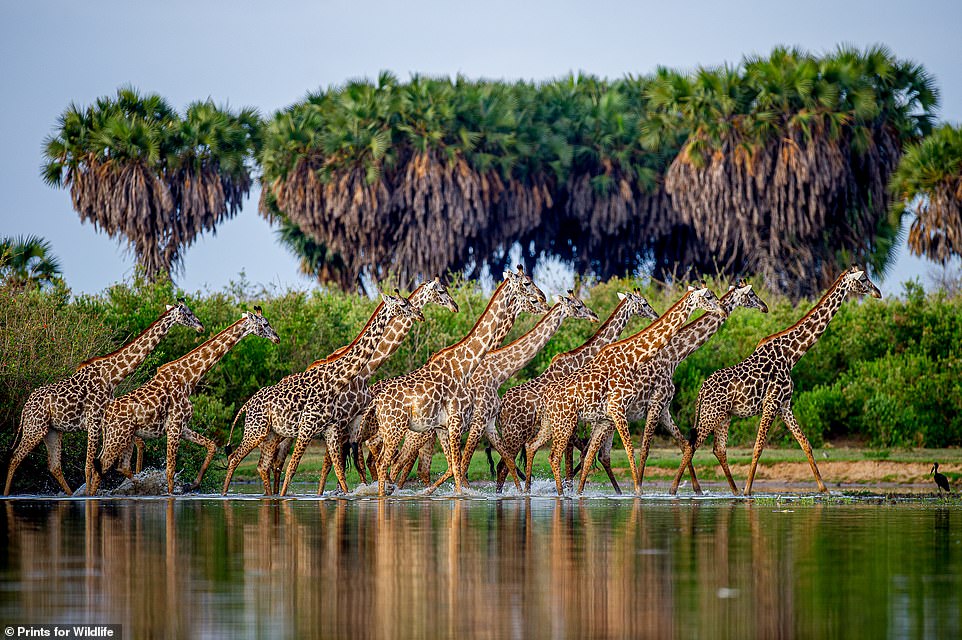 Photographer Robert J. Ross said he spent many mornings in a small boat, waiting much of the day, to capture the giraffes 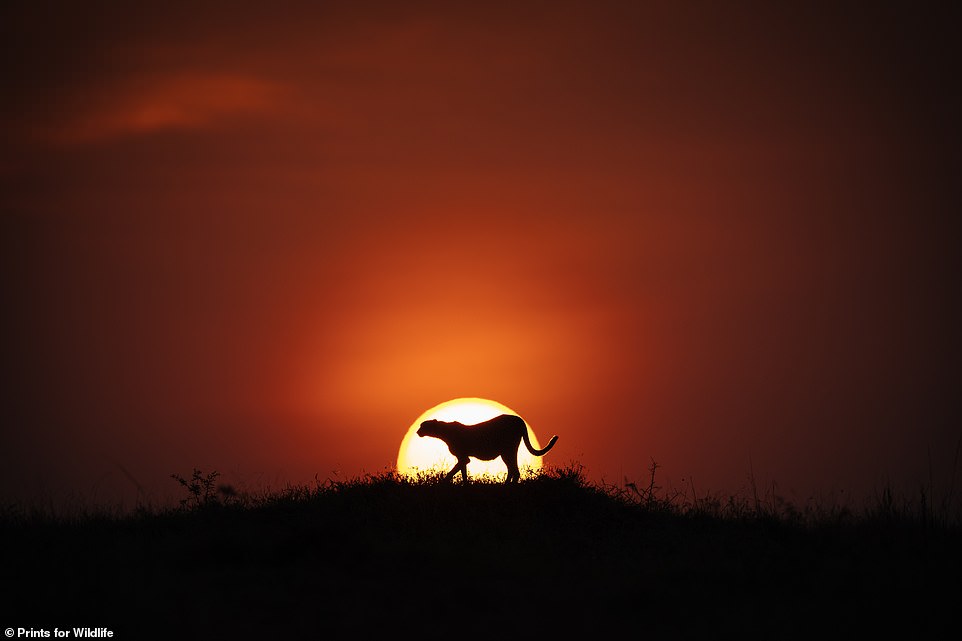 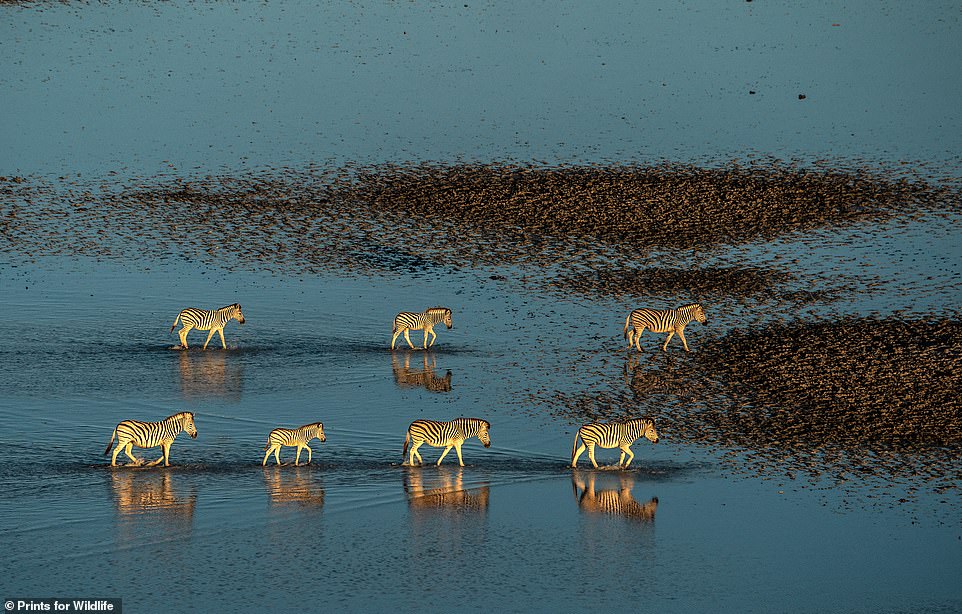 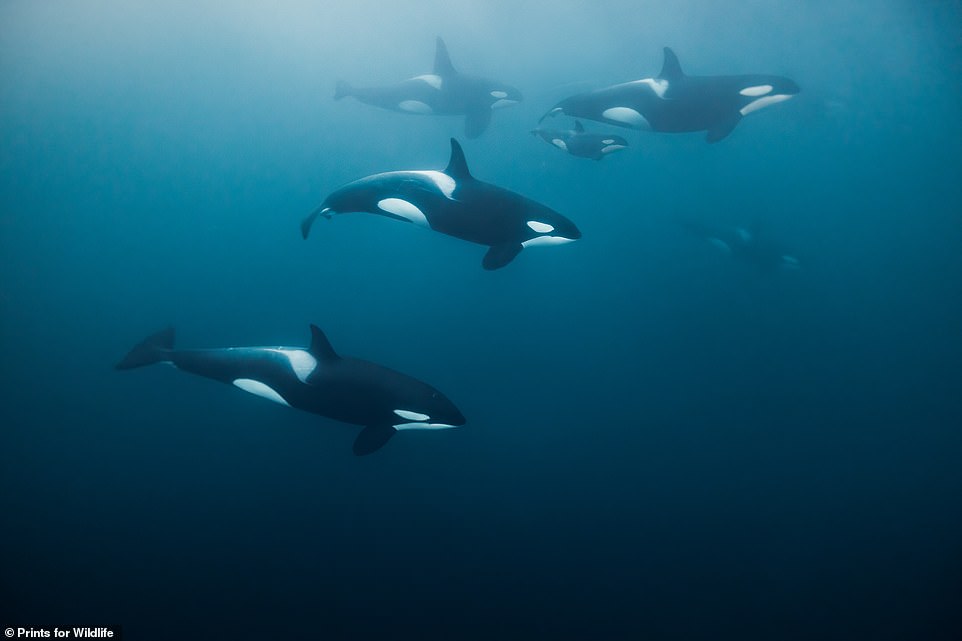 Photographer Chase Teron had the chance to swim with wild orcas in Norway, as they swim in the fjords in search of herring 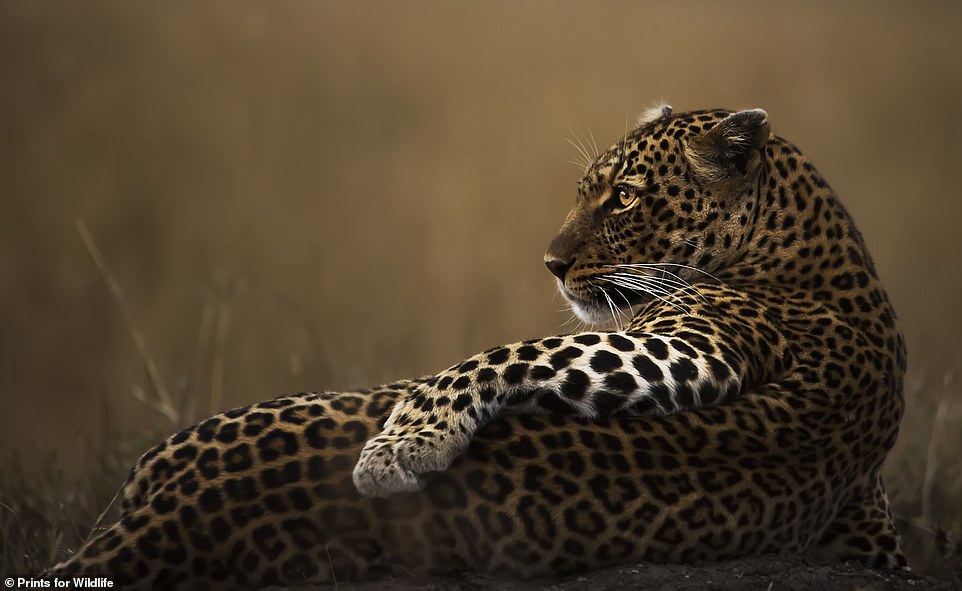 Lorian the Leopard in Kenya’s Masai Mara Nature Reserve enjoys the last warm rays as the sun sets on a September evening, photographed by Clement Kiragu 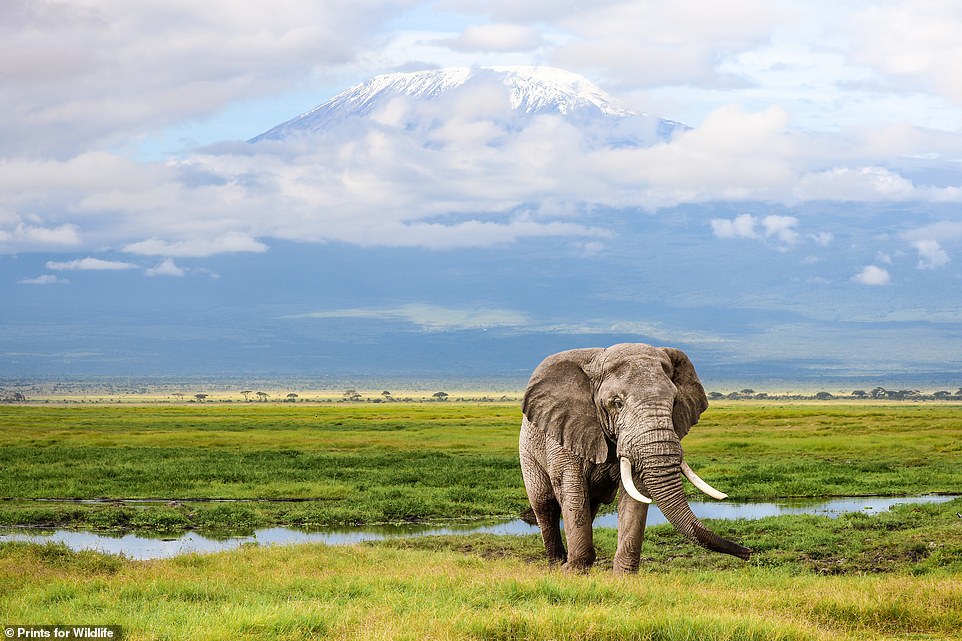 A female elephant emerging from a swamp with Mount Kilimanjaro in the background, walking towards photographer Arnaud Legrand 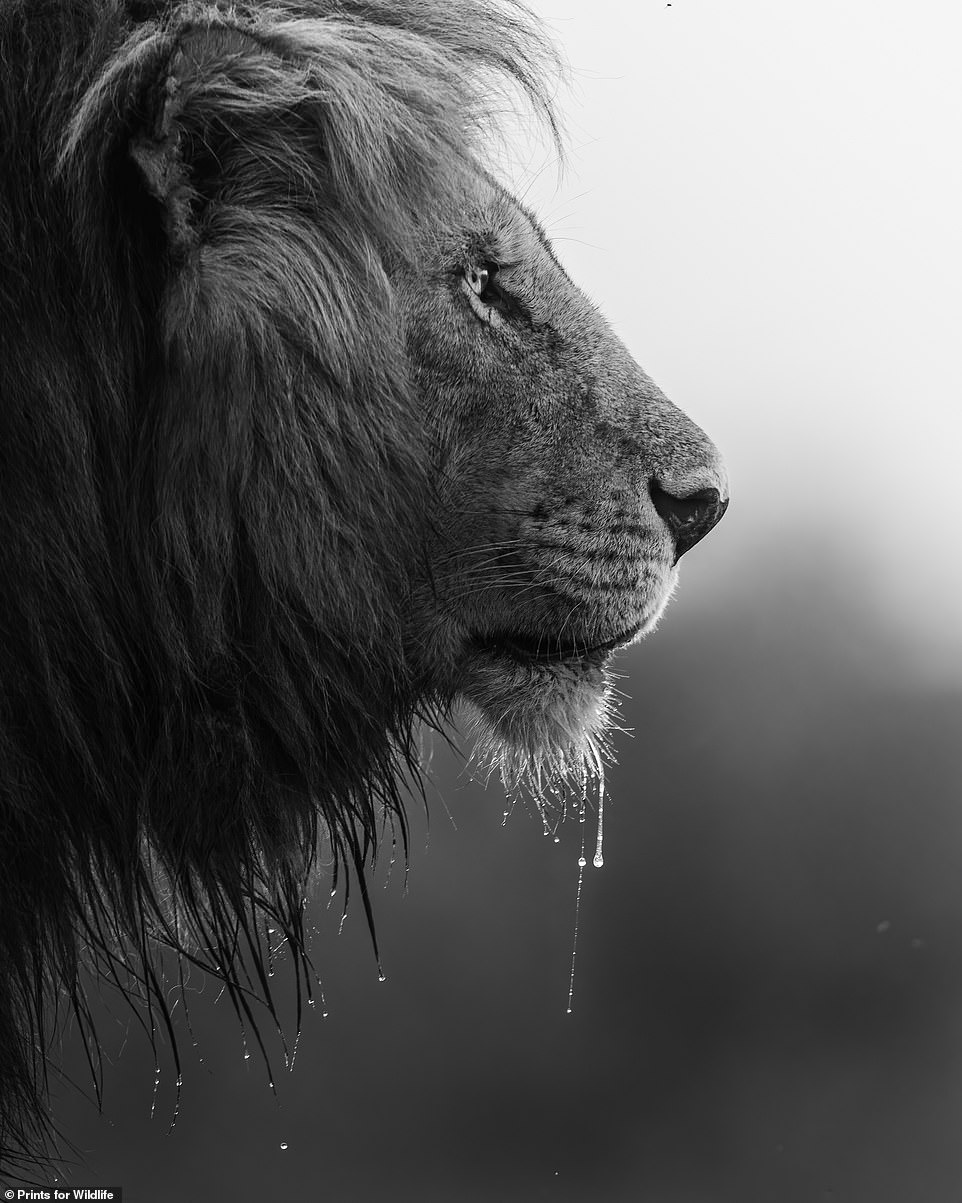 A short-tailed lion in Kenya, pictured with glistening water dripping down its mane as the sun rose one morning