Pictured next to e-cigarettes and spirits: baby food is hidden behind the counter in Sainsbury’s

Baby food, pictured behind the counter in a Sainsbury’s store, paints a bleak picture of families facing the cost of living – and stores worrying about theft.

Aptamil formula tubs retail for £14 and £15.50 alongside cigarettes and alcohol, which parents must ask for from the counter staff if they want to buy one.

Such precautions are usually reserved for products with age-verification requirements, such as alcohol or big-ticket items, such as perfume and aftershave.

The formula was spotted at a Sainsbury’s Local in Acton, West London.

While it’s clear this isn’t a new measure and has been in place for years, one shopper said the image “shows how bad it must be for parents… living crisis bites.”

Formula is expensive. Many food banks reject the idea of ​​’stopping dependence/encouraging breastfeeding’. The consequences are disastrous for many families.’

A Sainsbury’s spokesperson said: ‘This is just one of a series of security measures we have put in place for high-value items. The products that are placed behind the till differ from store to store.’

The photos come just months after security labels were spotted on Aptamil and Cow&Gate baby food in other Sainsbury’s locations.

It is feared that struggling parents are turning to crime to help feed their little ones during the cost of living crisis.

The price of essential goods is rising due to rising inflation, while households have even less to spend in the shops due to sky-high energy bills.

According to figures from The Grocer, the price of baby milk has risen by as much as £1 in 2021.

Suppliers said the increase was the result of tightness in prices for storage and transportation, as well as for raw materials. 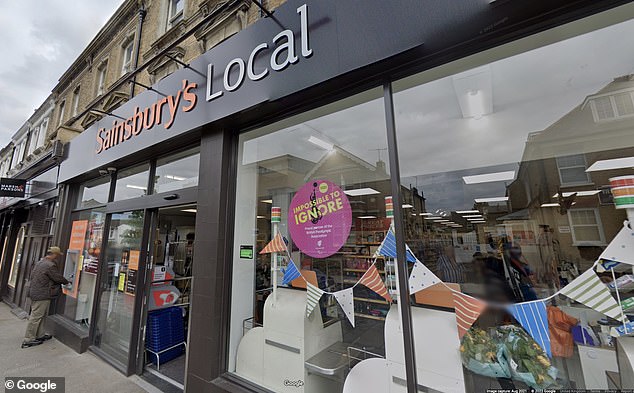 The photo also comes after a July survey revealed Britons admitted to stealing nearly £500 million worth of goods this year, including baby food, toiletries and food.

One in three admitted to shoplifting, 63% of which said it was due to cost of living.

In July of this year, it was reported that other Sainsbury’s affiliates had put security labels – which the store says are not new – on Aptamil and Cow&Gate baby foods to prevent people from stealing.

Security tags work through a transmitter that warns when an item is removed from a store and is removed by staff when customers pay at the register. 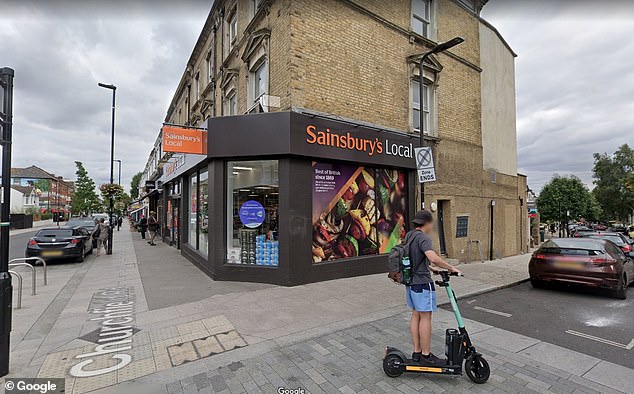 The photo comes just months after it was reported that other Sainsbury’s branches had put safety tags on baby food. (Acton Sainsbury’s pictured above)

Tags are normally used to prevent theft of valuable items such as perfume, aftershave and alcohol.

However, the security tags can also sometimes be used to prevent shoplifters from regularly taking stolen items such as cheese, meat and coffee.

Shops in Staplehurst and Maidstone were among those who resorted to these baby forumula measures.

A father of one shopping at Sainsbury’s told the Mirror: ‘I was shocked to see safety labels on our baby food.

“I thought those kinds of things were reserved for big tickets.

“It just goes to show how high the cost of living is when items like these are regularly stolen.”

A Sainsbury’s spokesperson said the decision on whether or not to secure products varied from store to store.

A September photo even shows a container of Cow&Gate follow-on milk at a Tesco in Surrey with a safety label on it. 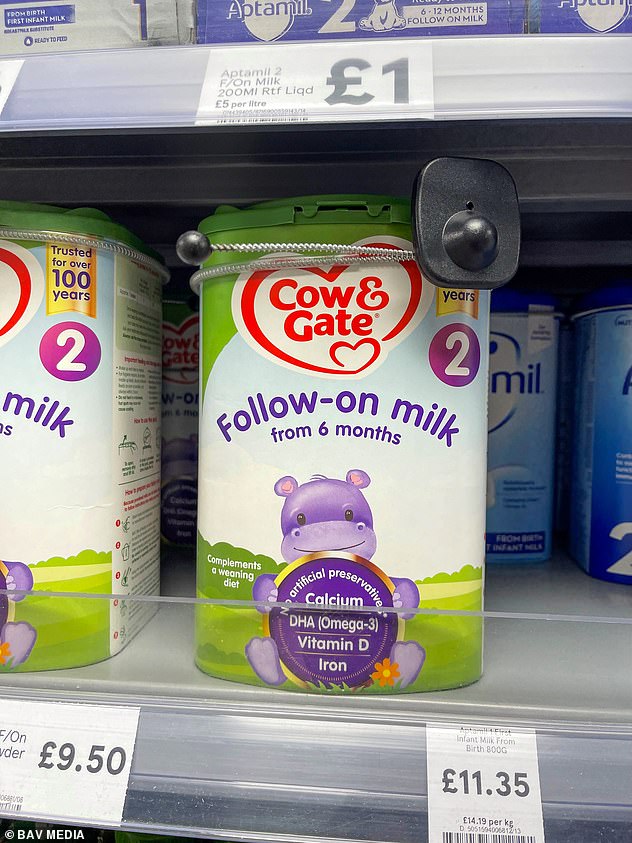 A photo taken last month in a Tesco store in Surrey shows Cow&Gate follow-on milk costing £11.35 with a safety label on it

In similar scenes in July, Manchester Evening news reported three stores in the area with alarm labels around all formula brands.

This included the Tesco Express stores in Market Street and Piccadilly Gardens, and the large Tesco Extra store at the Portwood roundabout in Stockport.

They quoted an unnamed shopper as saying, “It’s a real bewilderment. There are tons of things you expect to see tags and other measures, but baby milk isn’t really one of them. It’s pretty sad when you think about it.’

In May, bottles of whiskey on the shelves of a Tesco store were replaced with cardboard cutouts after thieves continued to steal them.

The staff at the supermarket’s giant branch removed Jack Daniels and replaced them with small tickets in plastic boxes.

Shoppers now have to bring one of them to the checkout with a photo of the whiskey they want to buy.

It was reported that a staff member is now standing guard in the liquor aisle near the store to watch out for shoplifters.

Obviously Tesco has security protections for some higher value items but this is not a new policy.