Pink masks? No thanks, say some Italian police officers. 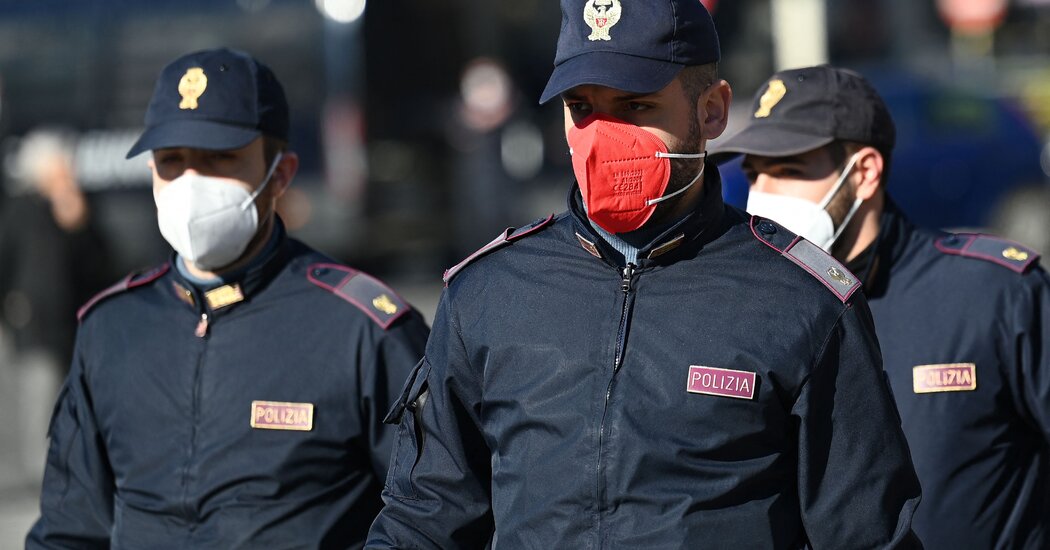 ROME — When Inspector Luca Sita collected two new N95 masks from his police station in Ferrara in central Italy on Thursday, he was thrown for a loop: one mask was white and the other was pink.

Mr. Sita works in plain clothes, so he was more stunned than annoyed, but he immediately thought of his colleagues working on the streets and in police cars, who had to intervene in various situations, including arrests.

The pink in itself wasn’t offensive, he said: a mask in any color other than white, black or blue, to match the national police uniform, would have been just as unacceptable.

“Green, orange — any vibrant color would have been unbearable,” he said.

The letter quoted a 2019 memo from the then police chief urging officers to “avoid wearing non-compliant clothing that could harm the institution’s decorum.”

The police “should give the impression of authority and efficiency, so we thought it expedient to ask the question,” said Stefano Paoloni, the union’s secretary general, in a telephone interview.

“It’s not a prejudice against the color,” he added, but rather a matter of decency.

It was unclear on Friday where the masks came from. The Interior Ministry, which oversees the state police, declined to comment.

The office of the coronavirus emergency commissioner, which supplies and distributes medical and personal protective equipment, declined to comment.

“I hope that after we voice our concerns, there will be an effort to spread more sober colors,” Paoloni said.

Teresa Bellanova, the Deputy Minister of Infrastructure, said on Twitter that she saw nothing wrong with agents wearing colored masks. “The respect for uniforms is not determined by colors,” she said, “but by how the men and women who wear those uniforms behave and work.”

British expat, 64, shares her Spanish home with ‘Russian spy who booked a room on Airbnb’

Radio host Robin Bailey, she and her sons were all sick of Covid