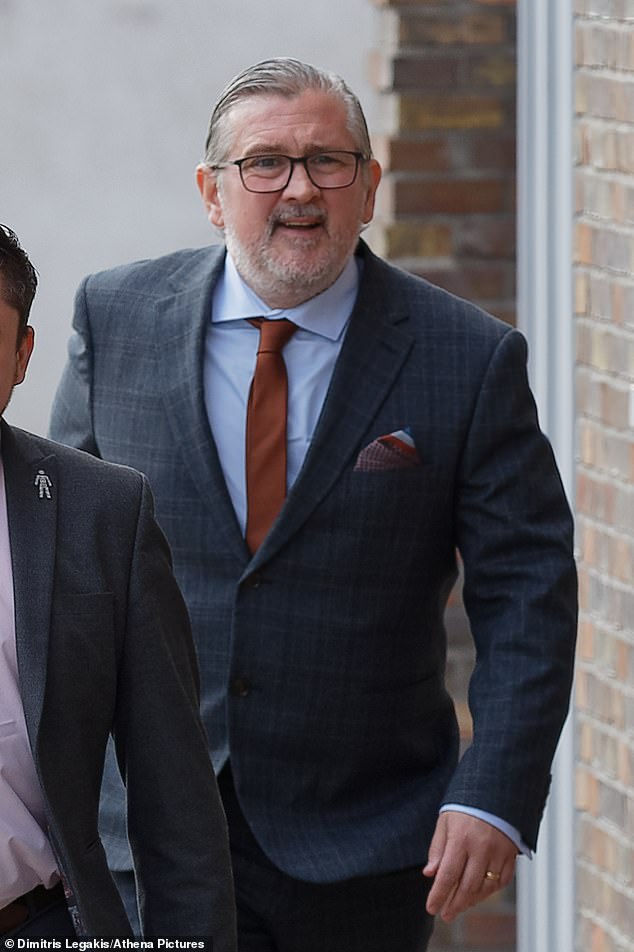 The moment a police inspector confronted a teenage boy and dragged him through a parking lot to the station was captured on CCTV and played out in court during his assault trial.

Dean Gittoes falsely arrested the teenager, who cannot be identified by name as he is only 16, on suspicion of being a “terrorist” for using his phone to film his police station.

The 49-year-old, of Oak Tree Rise, Merthyr Tydfil, “lost all rational thought” when he held the boy “illegitimately” on August 20, 2021.

He was found guilty in the Magistrates Court in Cwmbran, Gwent, of assault after a combination of CCTV and the boy’s phone footage was presented as evidence.

The court heard that Gittoes was “sick of internet freaks” and “misused the Terrorism Act” to justify the arrest of the teen, who identified himself as an “auditor” when approached.

The term auditing refers to a global online community of people who record and upload videos of government buildings, such as police stations.

Prosecutor Jason Howells said the arrest was “illegitimate” and claimed that Gittoes, who was off duty at the time and did not properly declare himself as an officer, did not honestly believe the boy was committing a terrorist offence.

Instead, they claimed, Gittoes allowed his judgment to be “clouded” by his distaste for auditors and his continued frustration with his bosses over the way a similar incident had been handled.

“The officer had acted the way he did because he had a bad weekend and he was annoyed at what had happened weeks earlier – he said he’d had enough of those internet freaks filming and posting stuff on the internet.”

The boy accused Gittoes of being “aggressive and choking him at some point.”

Christopher Rees, in defense, said the veteran officer had genuinely believed the boy was involved in a hostile reconnaissance of the building and that any footage he uploaded to the internet could have helped terrorists.

Footage played outside Gwent Magistrates’ Court showed Gittoes in a Swansea City club shirt and black shorts confronting the teen seconds before grabbing his phone, putting him in an arm lock and leading him to jail.

The boy cried in pain, saying ‘he’s choking me’, while Gittoes’ told him to ‘stop wrestling’, adding, ‘You’re a smart little internet freak about to learn it the hard way. ‘

Judge Toms said: “What’s absolutely clear is that you were frustrated because nothing was being done to stop the police station’s filming, that senior officers weren’t taking it seriously and weren’t supportive.

“You thought it was a dangerous situation because videos could be used by terrorists, but I’ve seen no evidence of that.”

She said the boy’s phone was still picking up from Gittoes’ pocket when he told his colleague that he had “dealt with someone like that” six weeks earlier. 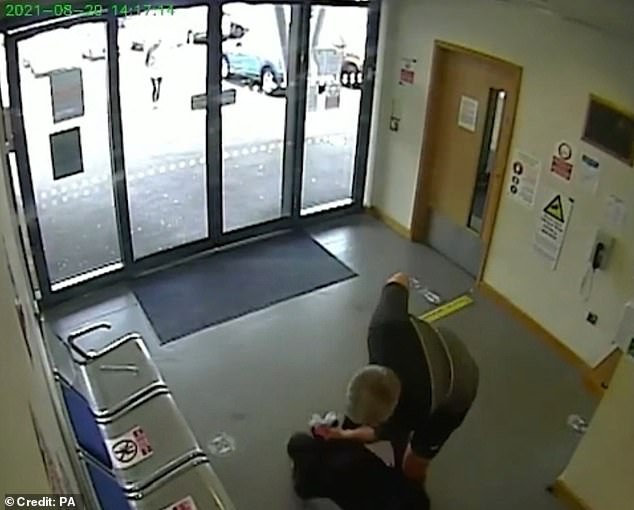 ‘I won’t give anyone I catch now a second chance. I have 36,000 people on the internet calling me shit. I thought f*** him this time. I will do what I should have done last time,” he said, according to the recording.

In a police interview played in court, the teen said he was part of a global “auditing” group that filmed officers and how they interacted with the public.

He said he went to the station after a friend from the auditing community told him he filmed Gittoes about a month earlier.

The footage from the teen’s phone shows Gittoes saying, “I’m asking you who you are, what’s your name” before suggesting he might be a terrorist.

The boy replied, “You suspect me of being a terrorist?”

The video then went black, but the audio recording continues.

CCTV on which Gittoes held the 16-year-old’s arm, marched him to the police station and later arrested him was also played in court.

The veteran officer Gittoes, of Merthyr Tydfil, denied the attack. 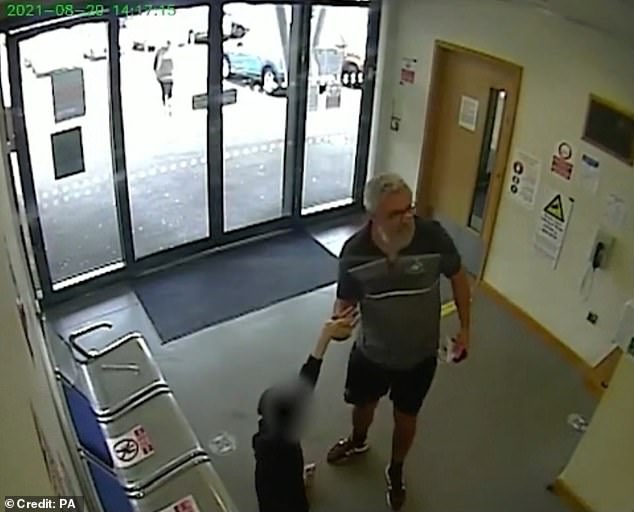 But Judge Toms said any reasonable officer “in possession of the same facts” would not have assumed the boy was a terrorism suspect or a threat to anyone.

“This was just a 16-year-old filming for his YouTube channel and it posed no threat to you or anyone else,” she said.

“But you were so annoyed by your bosses’ lack of action that you lost all rational thought.”

“You were clearly agitated and it didn’t take more than 30 seconds for you to shake hands with him.

“It was a snapshot and it was clear that you were not in control of yourself or your actions. Significant unnecessary force was then used against this boy when he did not resist.

“You grabbed his arm, used force against him, pushed him into the station, twisted his wrist, making him fall to the floor, pushing him against the wall and the back of his hoodie prevented him from breathing properly.

He screamed in pain during the incident. This was an ongoing, unlawful attack on a vulnerable 16-year-old boy.”

The court heard that Gittoes had not identified himself as a police officer, fully explained to the boy why he was being held and did not warn him.

The inspector also left the station before making a statement and had to be recalled by older colleagues to do one.

Despite this, Gittoes persisted in his handling of the situation throughout the trial. He said he used the straight arm bar technique to restrain the teen. 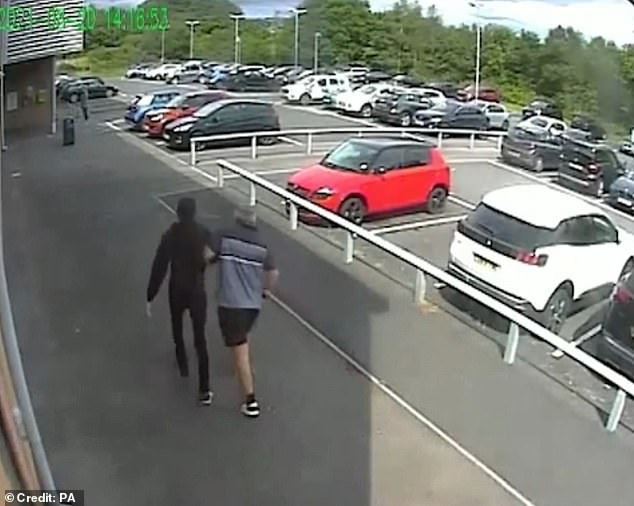 CCTV on which Gittoes held 16-year-old’s arm, marched him to the police station and later arrested him was also played in court 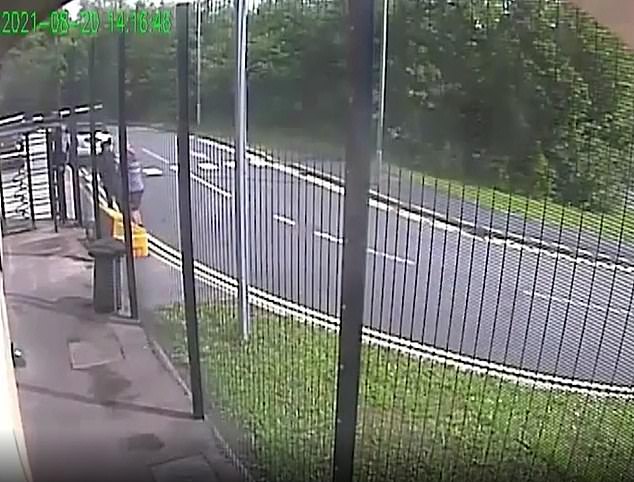 He appears to be pulling on the teen’s collar and the teen told police that ‘it felt like he was pulling my hood, that’s why I said I can’t breathe, I can’t breathe’

The court heard directives from South Wales and Gittoes Police seen by police after similar incidents, advised officers that members of the public have a general right to film government buildings on public land and that it is not a terrorist offense to do so. to do.

It also said that if a person identifies themselves as an auditor, ignore them.

However, Gittoes told the court, “I thought we shouldn’t ignore people on the basis that they call themselves accountants when there’s a clear threat there.”

Judge Toms granted bail and adjourned the sentencing to October 27 after a three-day hearing before the Cwmbran magistrates.

Gittoes will face a disciplinary hearing and is expected to be fired after his conviction.

Eurostar vs Megabus: Paris to Newcastle by rail then road, from a £276 berth to a £17 coach seat

Football legend Pele ‘has been transferred to palliative care’ in…