A Kansas woman who was shot and injured by the Kansas City, Missouri police last week has been charged with multiple counts after police released body cam footage showing her armed.

The prosecutor’s office said police CCTV footage of the shooting showed Hall holding a gun in her right hand Friday as police attempted to arrest her in connection with a reported carjacking that had occurred in Kansas City, Kansas.

“Hale constantly displayed a weapon during her encounter with the police and also appeared to be trying to flee,” Jackson County Prosecutor Jean Peters Baker said.

An image of police bodycam footage shows Leonna Hale, 26, with a gun in her hand 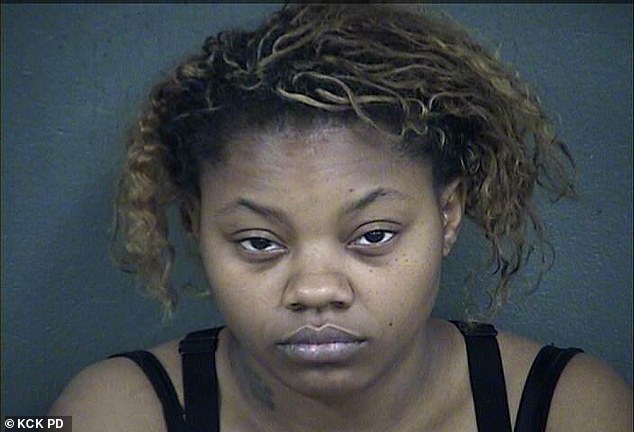 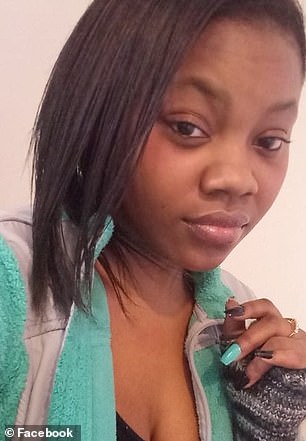 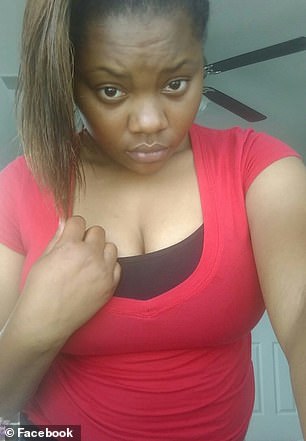 “Unfortunately, some media and other sources relied on some false stories about what happened on 6th and Prospect Avenue last Friday night,” Baker said. “Our job, as prosecutors, is to remain neutral and review all evidence. Our review of bodycam videos provided the actual coverage of the night’s events.”

“The two officers stated that she was armed with what they believed to be a handgun. Body camera images confirm the officers’ statements that Hale was holding a gun,” Baker explained.

“Still photos, taken from bodycam footage, of this encounter also show that a weapon was present and in the hands of the suspect.”

It appears that a black woman is holding a gun in her right hand, although it is not entirely clear whether she is pointing it at the police. 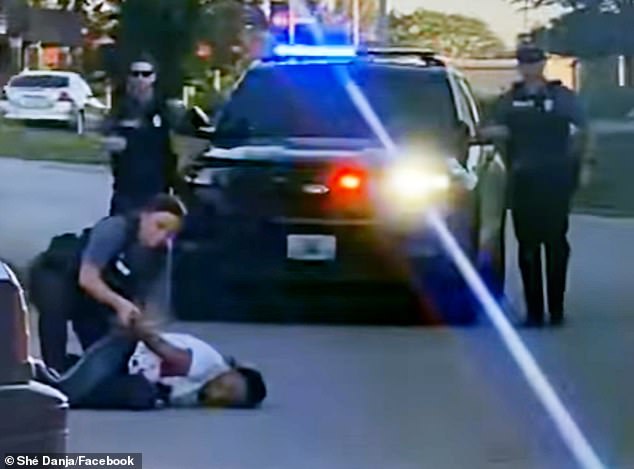 Kansas City Police Department fired five shots at Leonna Hale after she told them there was a gun in the car and when a man who was with her fled just before 8 p.m. last Friday. 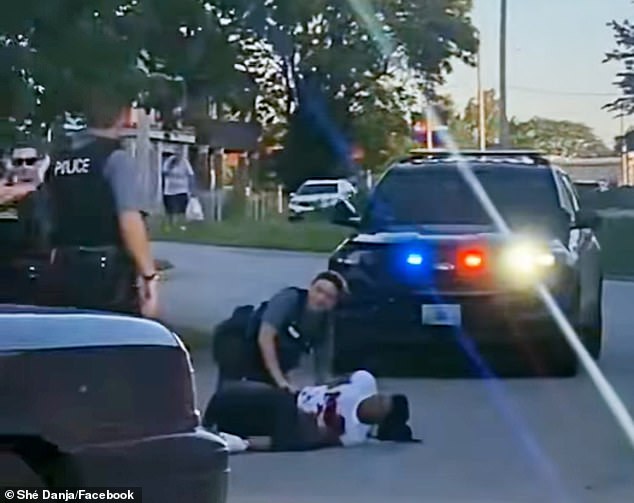 Police have said officers approached a car in a parking lot near a shop that matched the description of the car being carjacked.

A man and woman, later identified as Hale, fled the vehicle, police said. Both officers fired at Hale in the parking lot as she fled while holding the gun, police said.

Some media reports at the time of the shooting cited an eyewitness who described Hale as unarmed and pregnant.

They also allege that the woman had tried to cooperate before being shot and handcuffed to the ground as blood seeped through her white t-shirt. 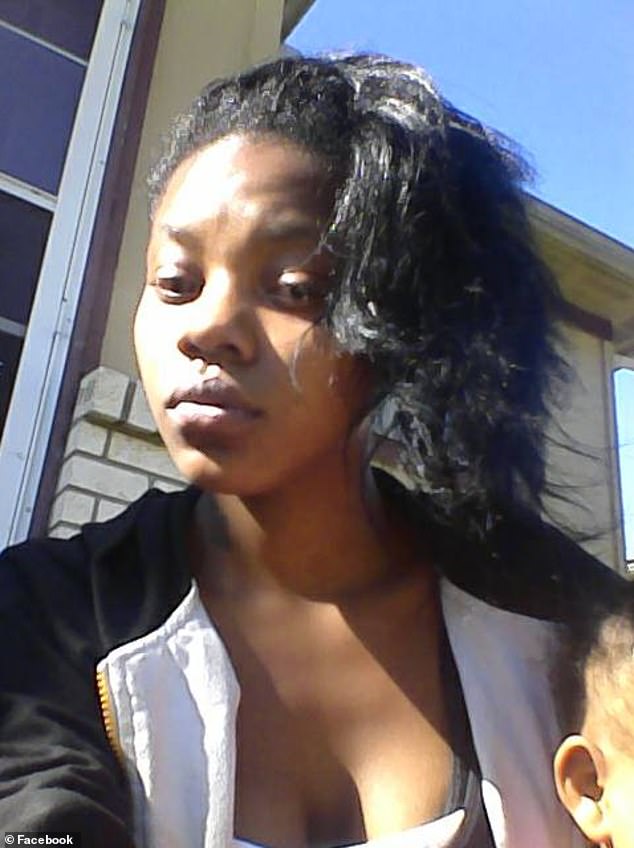 Hale was taken to hospital with serious injuries but is in stable condition, police said.

The man, who was said to be her boyfriend, was also admitted by medics for an unrelated medical problem.

Dramatic footage shows Hale lying handcuffed to the floor as she began to bleed from gunshot wounds at a Family Dollar store in Kansas City.

Investigators said in court documents that Hale denied ever having a gun when she was interviewed by troopers from the Missouri State Highway Patrol.

She declined to participate in a follow-up interview when she was contacted a second time after detectives viewed the body-camera images, according to court documents.

The Jackson County prosecutor’s office said police shot Hale after they tried to question her along with another person about the vehicle they were traveling in and its possible use in a robbery. 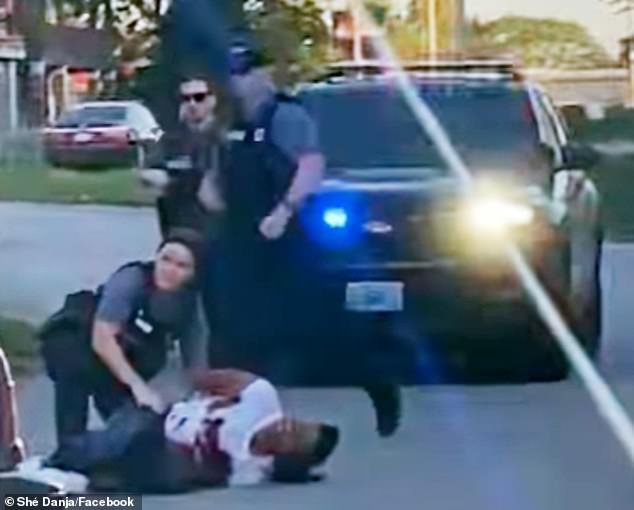 She was taken to hospital with serious injuries, but her condition was stable. The man she was also admitted to by medics for an unrelated medical problem 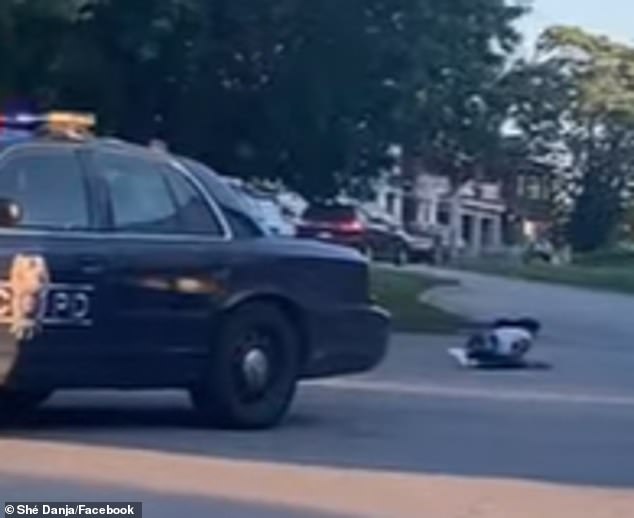 Police said a gun was found near the car. The two officials involved have been placed on administrative leave 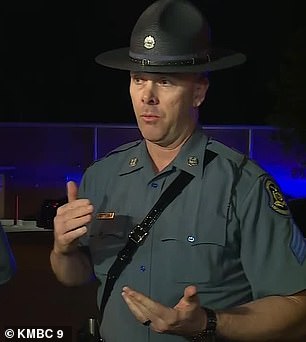 Missouri State Highway Patrol Sgt. Andy Bell expressed his doubts about KCU radio about claims that Hale may be pregnant.

He confirmed the reason for Hale’s arrest, which was that the vehicle, description and license plate matched those of a car used in a robbery in Kansas City, Kansas.

In a tweet, Kansas City, Missouri Mayor Quinton Lucas expressed his gratitude for the prosecutor’s statement and the release of the image.

“Body cameras have been a positive addition to truth-telling in public safety investigations. We will continue to work hard to get the whole truth out on issues as quickly as possible,” he wrote.

Little is known about Hale, who has an undated mugshot for an unknown crime, but police said her last known address was in Topeka.

According to her Facebook account, she is the mother of a young daughter and her biography reads: ‘Leonna don’t take NO SH** from EVERYONE first off and also I snap easy and fast.’