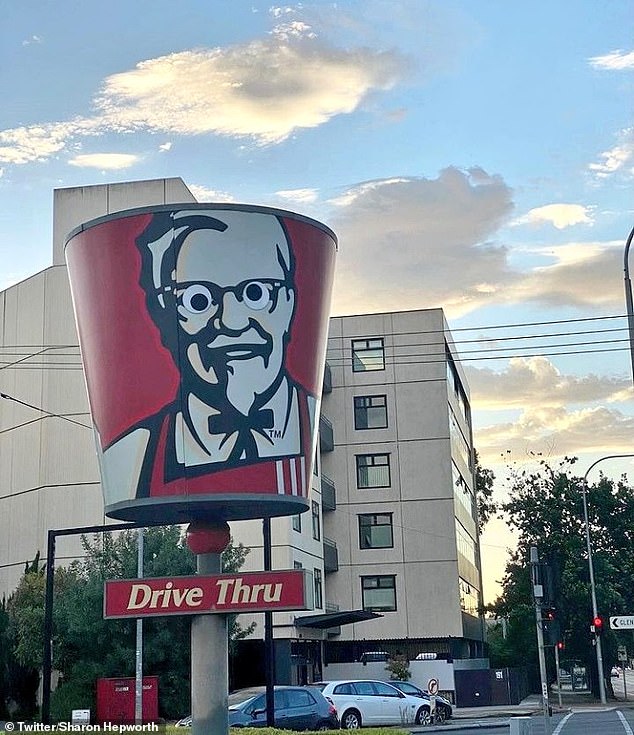 A crafty Adelaide artist changes the landscape of the city by adding huge googling eyes to Australia’s most famous advertisements.

The prankster has been pinning big eyes on some of the most famous faces in recent days, causing residents to giggle.

The prankster’s most impressive feat to date is the googly-eyed attachment to the Colonel at the KFC drive-thru bucket along Greenhill Rd.

Several people shared their bewilderment on social media, wondering how the one trick artist climbed so high without being discovered.

“How did someone get so high?” wrote a woman.

Another victim of the googly-eye bandit is Dan Murphy’s face in Welland with commentators joking that Dan might need to slow down with the drinks.

“Dan Murphy’s had a few too many tequilas,” one man joked.

“It just might be the most exciting thing that’s happened in Adelaide since…well, ever,” another joked. 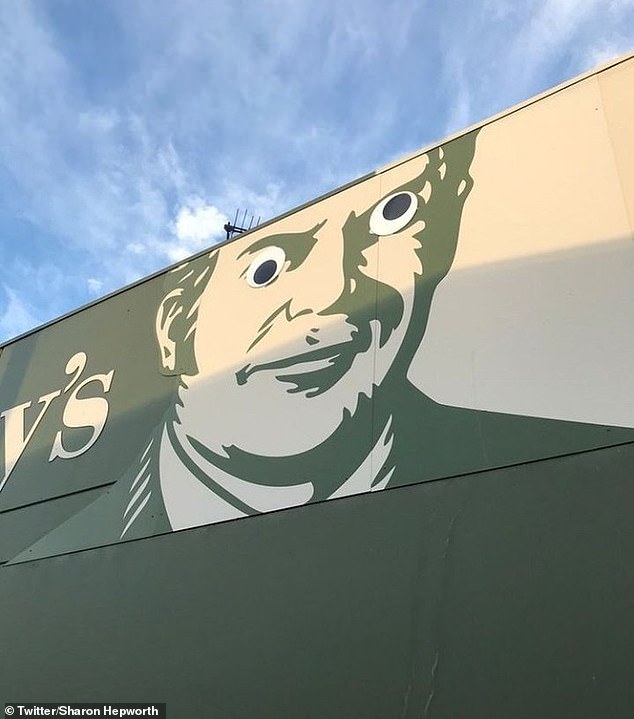 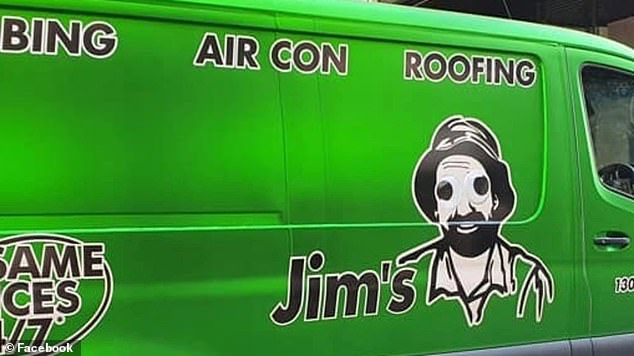 It’s not just buildings that the comedian has his eyes on, as Jim’s face was also found with the fashionable eyes on a van parked at Gawler Place in the city

It’s not just buildings the comedian has his eyes on, though, as Jim’s face was also found with the fashionable eyes on a van parked at Gawler Place in the city.

People have been celebrating the prankster’s ingenuity online and wondering where he will strike next.