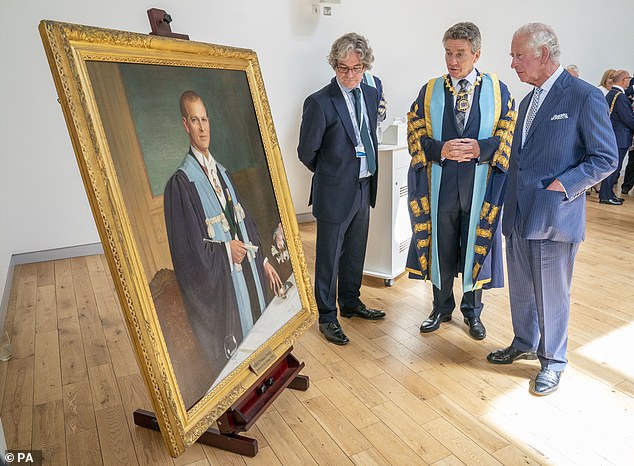 The Prince of Wales admired a portrait of Prince Philip today during a visit to Edinburgh’s Royal College of Surgeons.

Prince Charles, 73, known as the Duke of Rothesay while in Scotland, stopped to look at his late father’s artwork as he stepped into the College in his new role as patron during Holyrood week.

The Duke of Edinburgh, who died last year, was patron of the College for 66 years, having first become patron in 1954.

The portrait of Prince Philip was painted in 1958 by Sir Walter Oliphant Hutchison (1889-1970) and depicts his first visit to the college, which hangs proudly alongside past college presidents.

The Prince of Wales, known as the Duke of Rothesay while in Scotland, views a portrait of his late father, the Duke of Edinburgh, during a visit to Edinburgh’s Royal College of Surgeons in his new role as patron 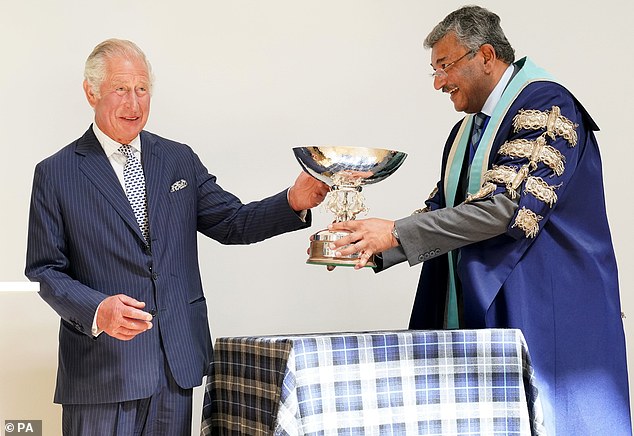 The Royal College of Surgeons of Edinburgh (RCSEd) said it is a ‘privilege’ to welcome Charles as its new patron.

His father, who died last year, accepted an honorary scholarship from the RCSEd in 1955 and visited the college on several occasions, including in 2006 to open the Quincentenary Building, and in 2015 to see the newly renovated Surgeons’ Hall museums and the Prince Philip Building to open .

Professor Michael Griffin, Chair of the RCSEd, said: ‘It is a privilege to welcome HRH the Duke of Rothesay as patron of the Royal College of Surgeons of Edinburgh.

‘The Duke of Edinburgh played a very important part in the history of the College during His Royal Highness’ 66 years as a patron, which we recognized in 2015 with the construction of the Prince Philip Building. 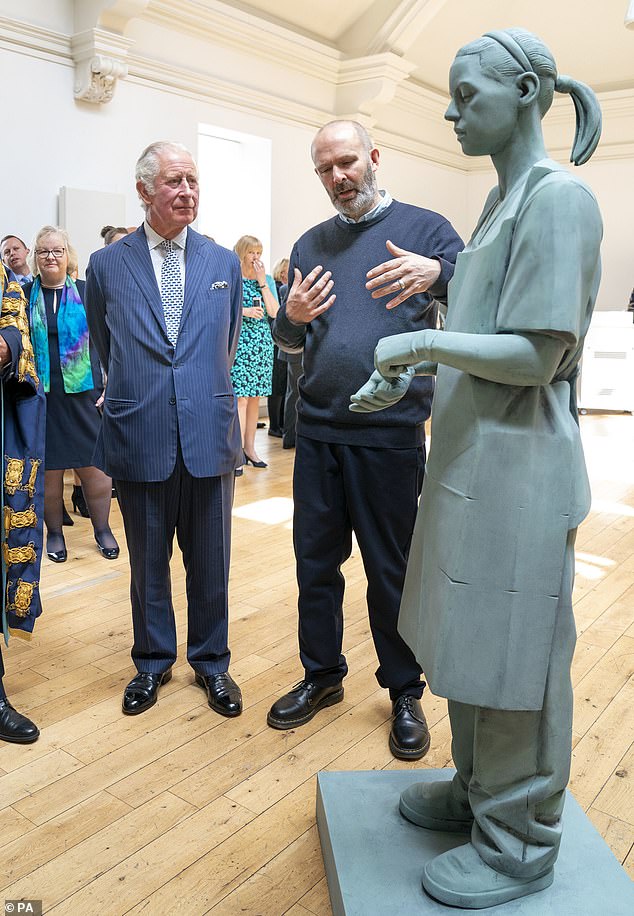 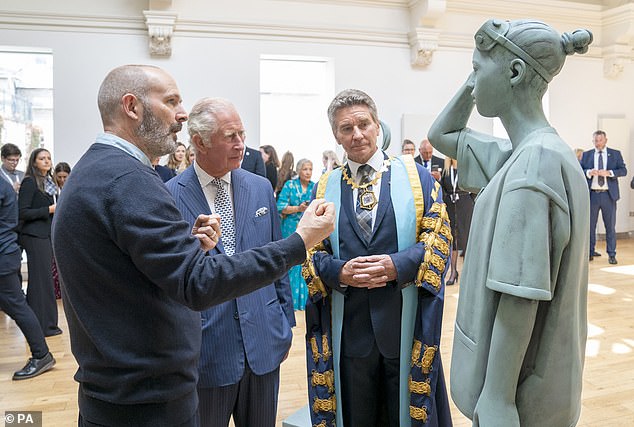 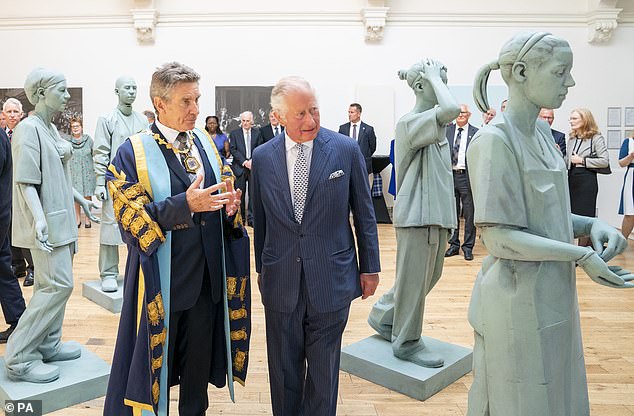 The Prince of Wales, known as the Duke of Rothesay while in Scotland, with President Michael Griffin

‘The Duke’s involvement with Fellows and officers in the opening of the building was extraordinary, and during his patronage His Royal Highness took a great interest in the surgical profession and the improvement of patient care.

“We are really looking forward to working with The Duke of Rothesay.”

Charles will be in Edinburgh this week with other members of the royal family as part of Holyrood Week – otherwise known as Royal Week – which takes place every summer.

The RCSEd is one of the oldest surgical companies in the world with a global membership of nearly 30,000 members, including 15,000 members in the UK.

Model earns £40,000 a month after swapping her job at B&Q with an OnlyFans…

Mother, 34, is left with golf ball-sized hole in her head after having cancerous…

Single mothers decide to live together to raise their children