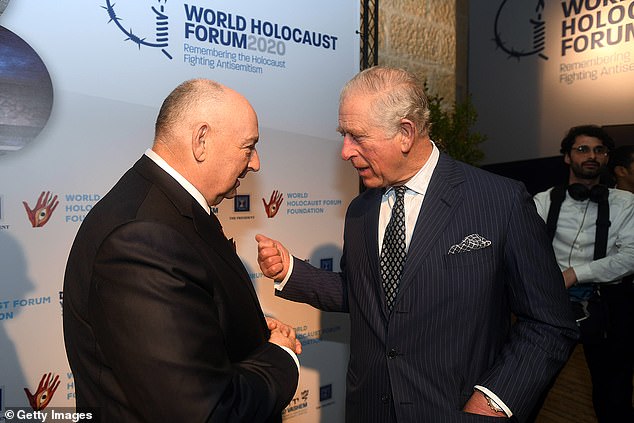 Prince Charles met a Russian oligarch with ties to Vladimir Putin the same year his charity accepted a £300,000 donation from the businessman.

The Prince’s Foundation received the money from a charity run by Moshe Kantor in 2020, despite the billionaire being named on a “Putin list” released by the US Treasury Department in 2018.

Kantor, who lives in a £31million mansion in Hampstead, north London, was sanctioned by the UK in April following Russia’s invasion of Ukraine. But the Moscow-born oligarch had been forging ties with Putin for years, funneling more than £15.5 million into British institutions, including a £3 million pledge to the Prince’s Foundation.

The revelations have raised new concerns about Charles’ dealings with controversial donors after reports that he had “brokered” a donation from Osama Bin Laden’s family – which Clarence House has denied.

Kantor, 68, who is estimated to be worth £3.5 billion, has met Putin at least seven times. The Russian President was a keynote speaker at the World Holocaust Forum in January 2020, hosted by Mr. Kantor. Charles also gave a speech and was depicted deep in conversation with the oligarch. 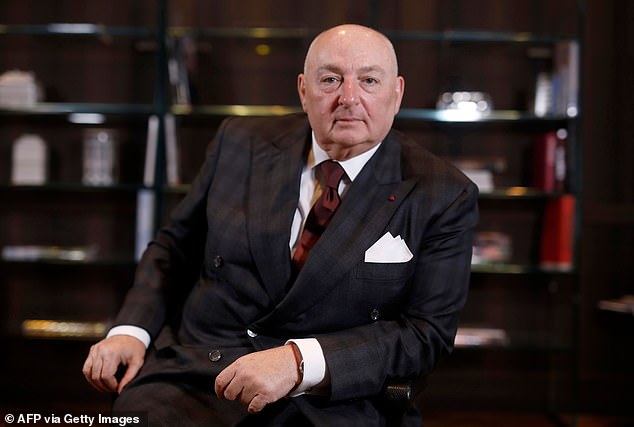 Mr Kantor is valued at £3.5bn and was sanctioned by the UK in April following Russia’s invasion of Ukraine

In the same year, the Prince’s Foundation accepted a second donation of £300,000 from Mr Kantor’s charity.

It followed a payment of the same amount in 2019, the first tranche of a £3m pledge to be paid over ten years.

Clarence House said: “As with all donations, the decision to accept this money would have been with the trustees of the charity.”

It emerged last week that the Prince of Wales’s Charitable Fund (PWCF) had received a £1 million donation from Osama Bin Laden’s family after Charles held a private meeting with the terrorist’s half-brother, Bakr, at Clarence House in 2013. .

Clarence House said the PWCF trustees accepted the donation without the prince’s intervention.

It came just weeks after it was revealed that Charles had personally received £860,000 in carrier bags from Fortnum and Mason as one of three cash payments totaling £2.5m from a former Qatari Prime Minister to the PWCF.

Separately, the prince is facing an interview with police after it was alleged that his close aide offered to help a Saudi billionaire gain knighthood and British citizenship in exchange for “generous” donations to his foundation.

Royal sources have maintained that Charles had no knowledge of an alleged deal.

But ex-Lib Dem minister Norman Baker, who filed a criminal complaint about the case last year, said: “The Prince’s Foundation has a long history of accepting money from unsavory characters. It now appears that you are adding to the list an oligarch with ties to Vladimir Putin.

“Either the Prince’s Foundation didn’t do the due diligence, or it just doesn’t care.”

The Charity Commission froze Kantor Charitable Foundation’s accounts after the founder was added to the UK sanctions list.

Kantor is the largest shareholder in fertilizer company Acron, which the Foreign Ministry says is “of vital strategic importance to the Russian government.”

The Prince’s Foundation said the decision to accept Kantor’s donations was “based on information available at the time, not information that may come to light later.”

Kantor, who holds Russian, British and Israeli citizenships, was named by the US in 2018 as one of 114 Russian politicians and 96 oligarchs on the “Putin list” published after alleged Russian interference in the 2016 election.

Washington said inclusion on the list was “determined by proximity to the Russian regime and their assets,” but did not indicate the US had evidence of involvement in “malicious activities.”

A Kantor spokesman said it was “false and baseless” to say he had ties to Putin and that portraying him as “a Russian oligarch is flawed and offensive.”

He added that Mr Kantor’s meetings with Putin took place in his capacity as chairman of the European Jewish Congress and the World Holocaust Forum.

And it was “completely normal” for his charity to donate to British institutions, as he and his family have lived in Britain for more than a decade, the spokesman said.

Trump hits out at Liz Cheney, says she ‘should be ASHAMED of…

Roubini warns US will keep inflation high unless Fed doubling…