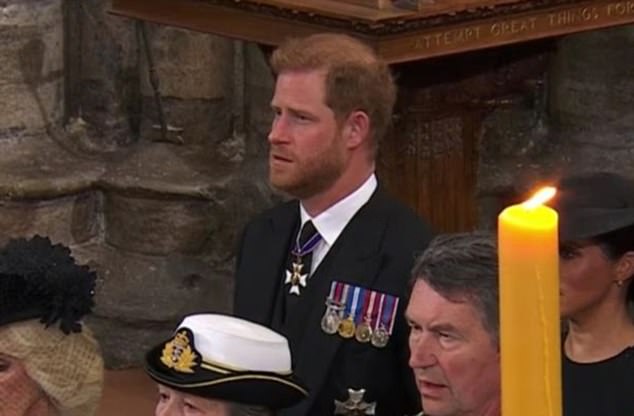 Prince Harry is accused of ‘not singing the national anthem’ at the Queen’s funeral – but was he just mumbling?

Prince Harry has been mobbed by a number of Twitter users who claim he did not sing the national anthem during a moment at the Queen’s funeral in London’s Westminster Abbey.

Live footage of the event appeared to show Prince Harry with his mouth ajar chanting God Save The King, standing directly behind his father King Charles III.

But others had a more sympathetic interpretation — some argued that he said the words quietly in a way that the television cameras didn’t quite pick up or that he may have been too emotional to sing.

Regardless, the prince’s alleged lack of singing became one of the biggest online talking points of the hour-long emotional funeral service, with Twitter exploding with commentary.

A Twitter accused the prince of showing ‘contempt’: ‘I noticed, as did many others.’

A poster stated that Harry’s apparent silence would have displeased his father. “So much for supporting the king!” they said.

But others felt that people were too harsh on Harry, who lives in America with the Duchess of Sussex and their two children.

“To be honest, it looks like his lips are moving, but very slightly,” said one supporter.

Another seemed angered by a troll’s accusation that he actively disrespected his family.

“He was actually singing. But you just didn’t want to see it!’ they said. 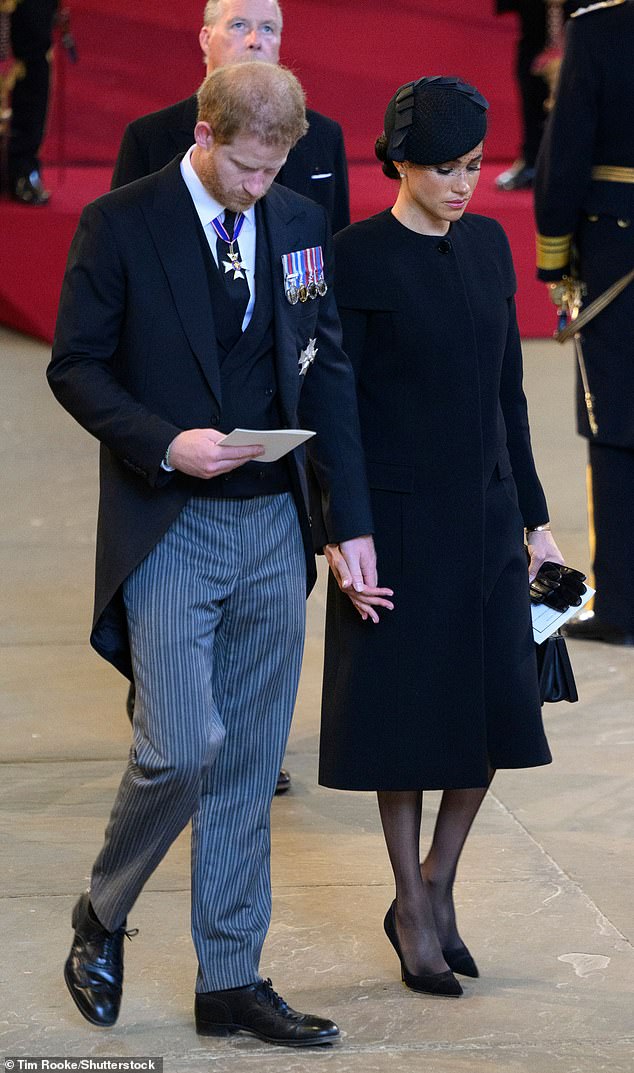 As always, even in the most solemn moments, there were those who thought it appropriate to make a joke of it.

Some said the lyrics had changed from “God Save The Queen” to “God Save The King” and Harry was having trouble learning the new word.

Social media sites were also on fire with a theory that Harry and his wife Meghan were placed in that exact spot so that a large candle would obscure her from TV coverage.

Others tried to spread the non-singing allegations to Meghan, saying it was hard to tell if she was singing because her face was largely hidden behind a huge candle. 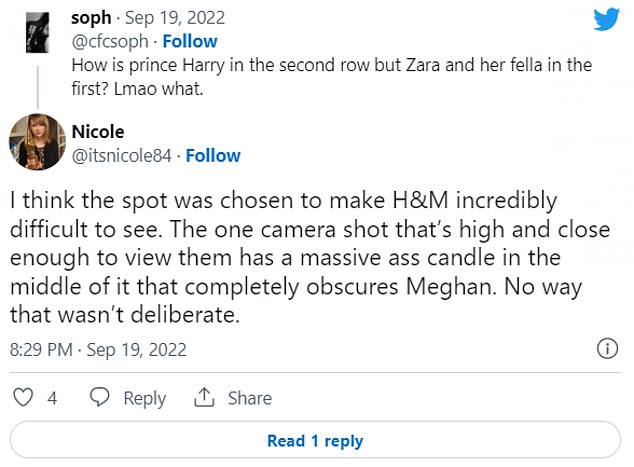 “I don’t want to be a conspiracy theorist, but that candle completely blocks Meghan’s view,” said one Twitter user below a screenshot of the image.

Others, who didn’t seem to care much for the Duchess, then intervened.

“On the sad occasion of Her Majesty’s funeral, I am comforted to know that Meghan’s head is obscured by a candle,” one person wrote.

“Hiding Meghan Markle behind a huge candle was a genius call,” said another.