Bedlam on the balcony! Prince Louis isn’t the first young royal to cause a stir at Buckingham Palace – from Savannah Phillips silencing Prince George to a VERY grumpy bridesmaid

The young royals have a knack for stealing the show at the Trooping The Color ceremony at Buckingham Palace – and this year was no exception.

Prince Louis took center stage today during his appearance alongside his family, after pulling a series of funny faces and sharing an ‘animated’ conversation with the Queen.

The four-year-old, the youngest of the Duke and Duchess of Cambridge’s three children, stole the limelight thanks to his mischievous antics — including enthusiastically snapped waving.

He was also seen covering his ears and eyes as he tried to drown out the loud noise of the overhead sky – while his great-grandmother, the Queen, was seen with the youngster performing on the balcony of Buckingham Palace, seemingly in an attempt to distract him.

But Louis isn’t the first young royal to cause a stir at Buckingham Palace.

In 2019, Savannah Phillips kept Prince George silent in a funny moment, while Prince William and Kate Middleton’s balcony kiss photo in 2011 showed a very grumpy bridesmaid standing next to them.

2022: Prince Louis took center stage at Trooping the Color today after pulling a series of funny faces and sharing an ‘animated’ chat with the Queen (pictured together). The four-year-old, the youngest of the Duke and Duchess of Cambridge’s three children, stole the limelight thanks to his mischievous antics — including enthusiastically snapped waving. But Louis isn’t the first young royal to cause a stir at Buckingham Palace 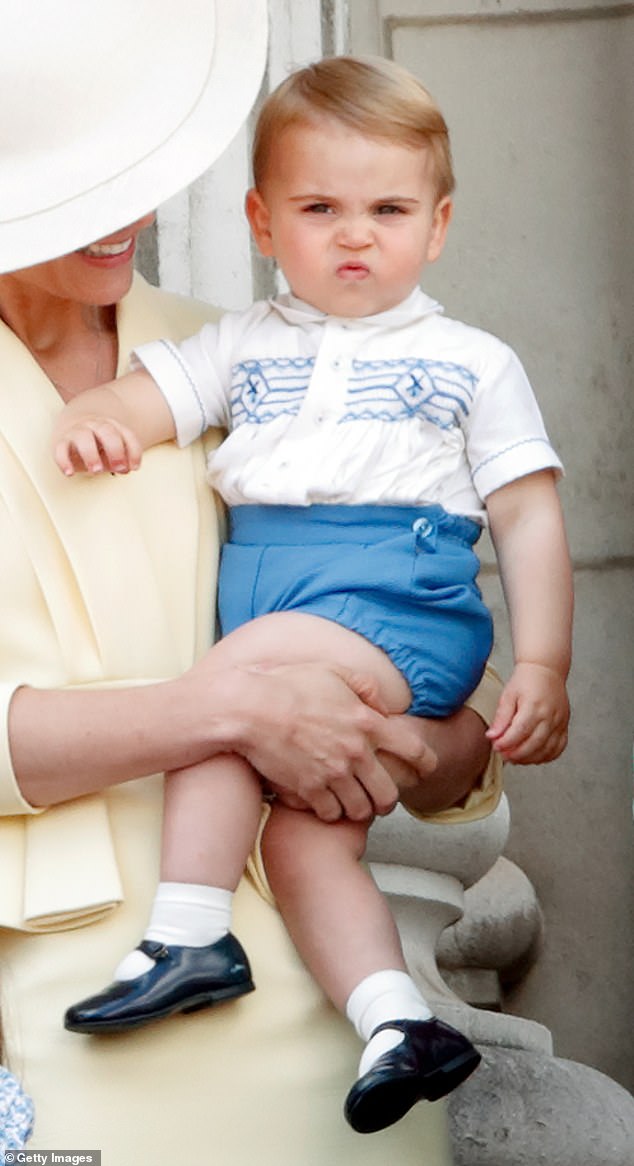 2019: This year, the young Prince Louis made his first appearance with the royal family on the balcony of Buckingham Palace to celebrate the Queen’s official birthday – and stole the show. He seemed unimpressed as he looked at the crowd in front of the palace 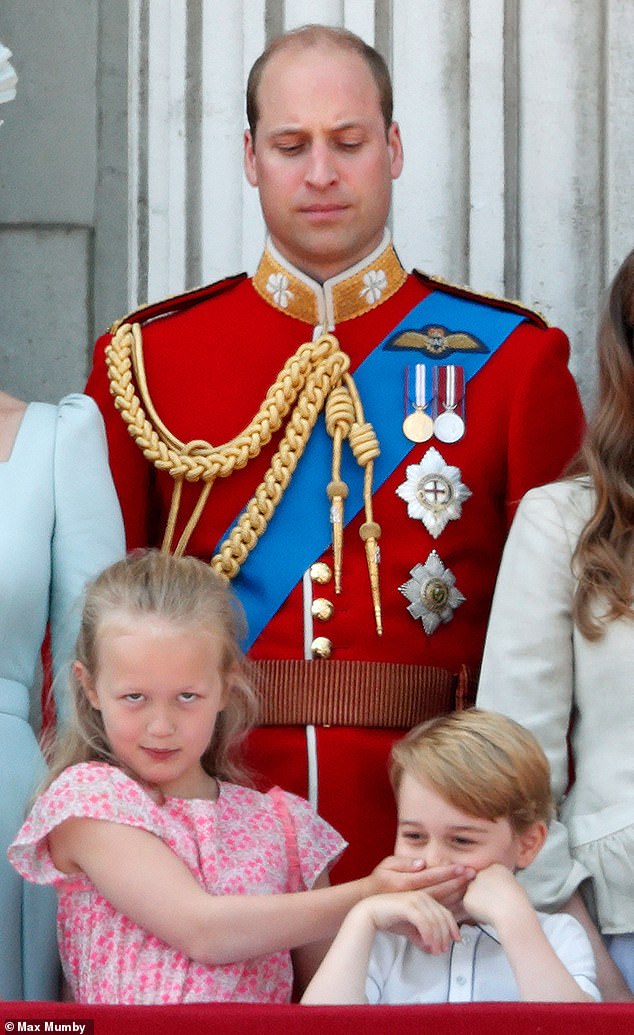 2018: Savannah Phillips, the Queen’s great-granddaughter, seemingly unimpressed by Prince George’s endless chatter, put a hand to his mouth to keep him quiet for a moment during the 2018 Trooping The Color ceremony 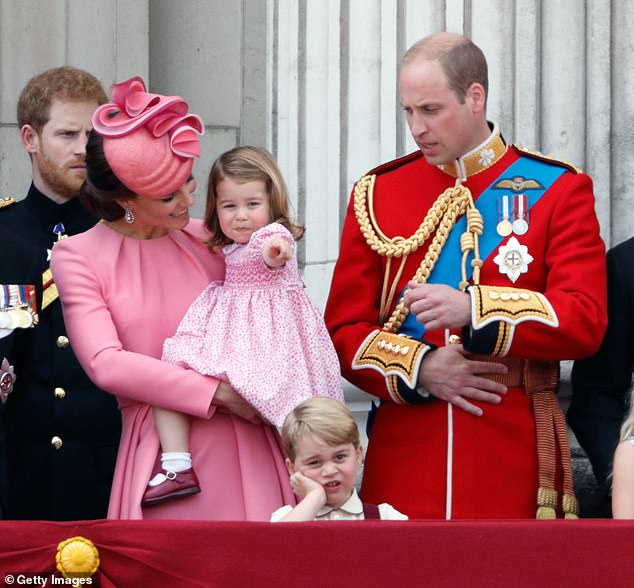 2017: This year, Princess Charlotte and Prince George stole the show – the former copying her brother’s actions, while the latter appeared to make some unimpressed faces as they sat next to their parents, the Duke and Duchess of Cambridge, appeared 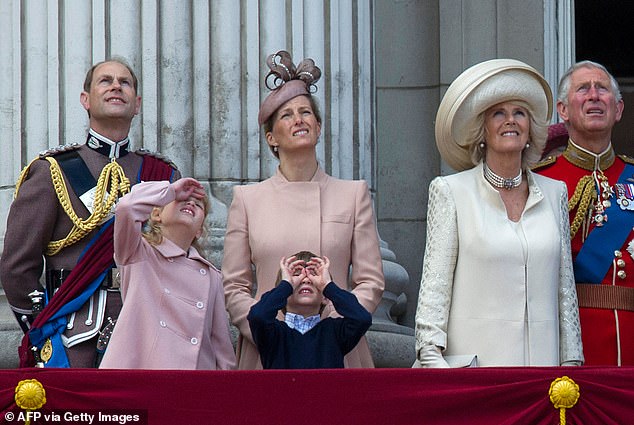 2013: James, Viscount Severn, made round shapes with his hand while attending Trooping the Color along with Prince Edward, Earl of Wessex, Lady Louise Windsor, Sophie, Countess of Wessex 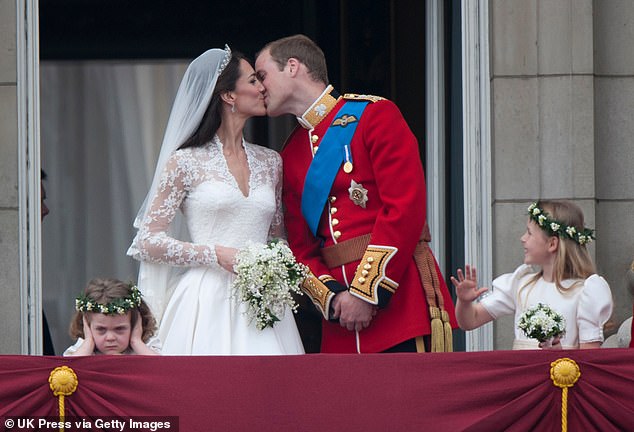 2011: Bridesmaid Grace Van Cutsem appeared very grumpy as she stood next to the Duke and Duchess of Cambridge after their wedding 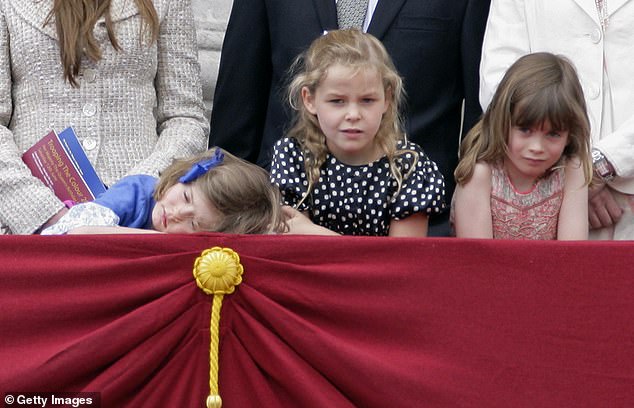 2010: Are you tired? Estella Taylor, daughter of Lady Helen and Timothy Taylor, appeared to need a rest as she stood on the balcony of Buckingham Palace next to Margarita Armstrong-Jones and Eloise Taylor 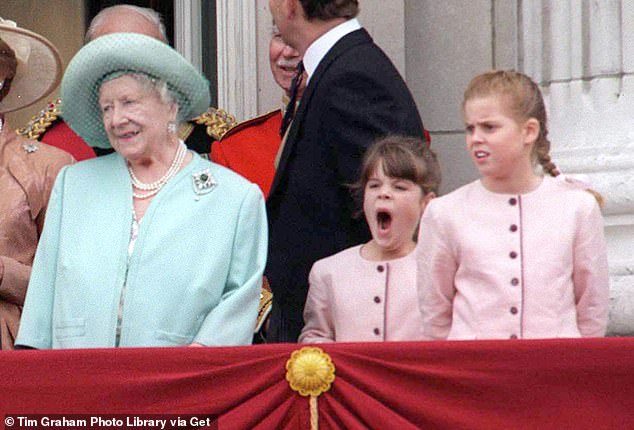 1998: Princess Eugenie, alongside her sister Princess Beatrice, made no attempt to hide a yawn during the royal family’s apparition on the balcony of Buckingham Palace 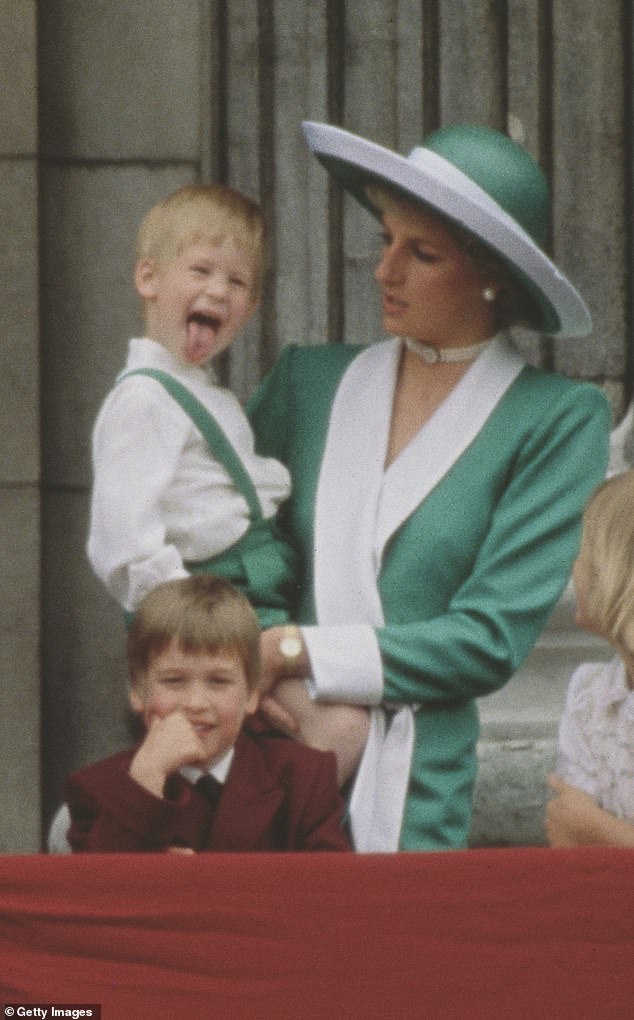 1988: Prince Harry stuck his tongue out for the cameras on the balcony of Buckingham Palace in London, England on June 11, 1988, after the Trooping of the Colour. Princess Diana held Harry, while a smiling Prince William sat in front

Republican Rep Pulls Out His CANS at Heated Guns Hearing