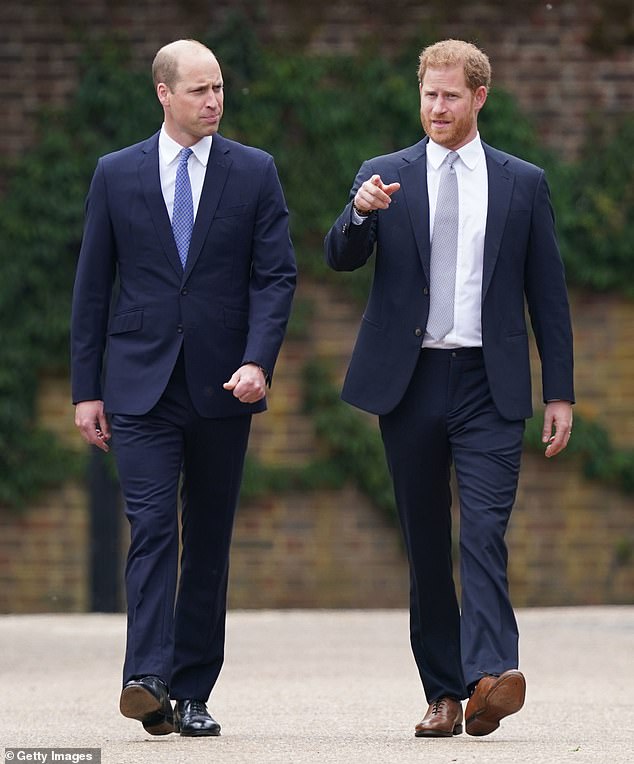 A royal expert has suggested Princes William and Harry will grapple with details about Princess Diana’s death being “re-exposed” in a new documentary that examines the investigations that followed her fatal crash.

The Princess of Wales was 36 when she died in a car accident in Paris on August 31, 1997, and her death has continued to attract conspiracy theories over the decades.

Notable on Channel 4’s Investigating Diana: Death in Paris, Jennie Bond told GB News: “It must be terrible to be William and Harry, and also to be Charles, and to bring these facts, these allegations again, the facts shown on television, the fact of their mother’s death.’

The documentary, the first episode of which aired last night, examines the tragic death of the Princess of Wales and the joint investigation between British and French authorities that followed.

A royal expert has suggested that Princes William and Harry (pictured in July 2021) will grapple with details about Princess Diana’s death being ‘re-raised’ in a new documentary that examines the investigations that followed her deadly crash. 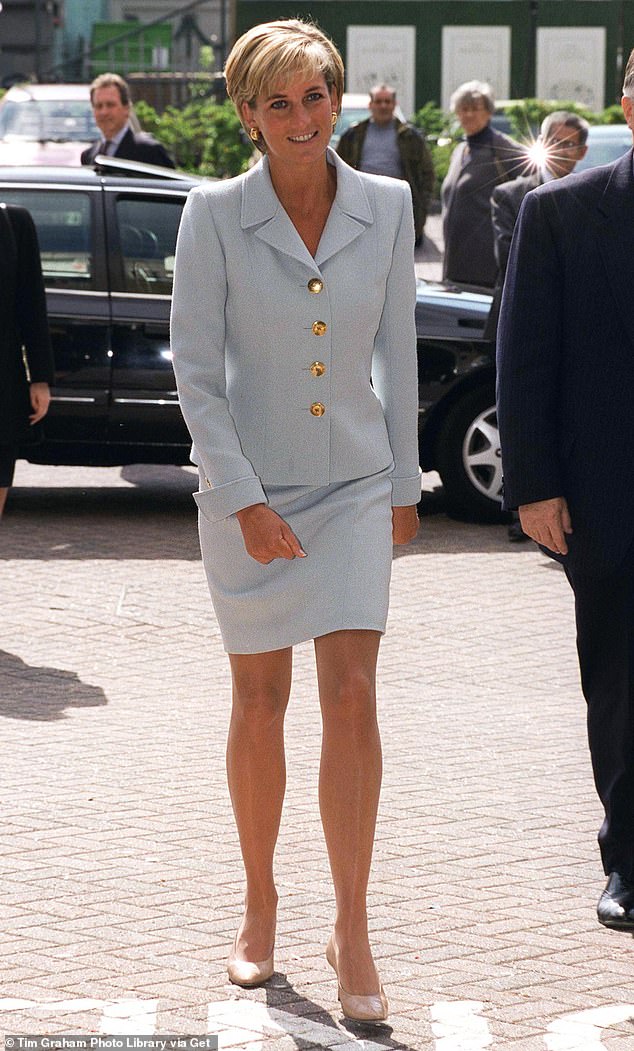 The Princess of Wales (pictured in April 1997) was 36 when she died in a car accident in Paris on August 31, 1997, and her death has continued to attract conspiracy theories over the decades. 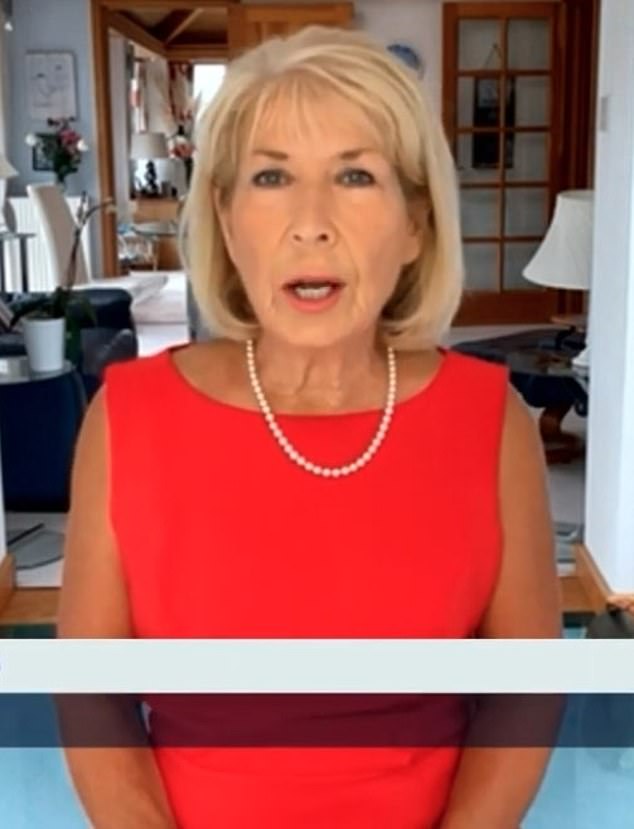 Notable on Channel 4’s Investigating Diana: Death in Paris, Jennie Bond (pictured) told GB News: “It must be awful to be William and Harry, and to be Charles too, and to bring these facts, these allegations forward again.” the facts on television, the fact of their mother’s death.’

Ms Bond continues: ‘Diana was and is, to some extent, an icon. She died young and in the eyes of so many people she will be forever young and will forever be a victim, not only of her marriage and of the royal family, but also of this accident.

‘Personally I don’t believe it, her sons don’t believe it. They were told in detail about what happened there later in life by Lord Stevens, the former head of the Met, and he had put them together for an hour and a half to talk about it.

“They think it was an accident. There was an inquest… years after the accident. It stood for six months… and at the end, after an interview of 278 people over six months, a jury decided by majority vote that the gross negligence of Henri Paul and those who followed, the paparazzi, caused the crash, so I think we should go with that.’

She added: “If I’m one of… [Prince Harry or Prince William]although I would be so curious to know every detail I probably couldn’t resist looking but if they did it would be an extremely emotional and hurtful watch.

“I think it might be time to accept the jury’s verdict, accept the results of two police investigations, and leave her alone.”

Commenting on the documentary, she suggested it was a “very measured piece of work, a quiet examination of the investigation’s record.”

She added: ‘You learn new things and it sheds new light, especially on the driver of the car Diana died in, Henri Paul. At the crash site itself we see the forensic details of what was found there and some pearls have been found.’ 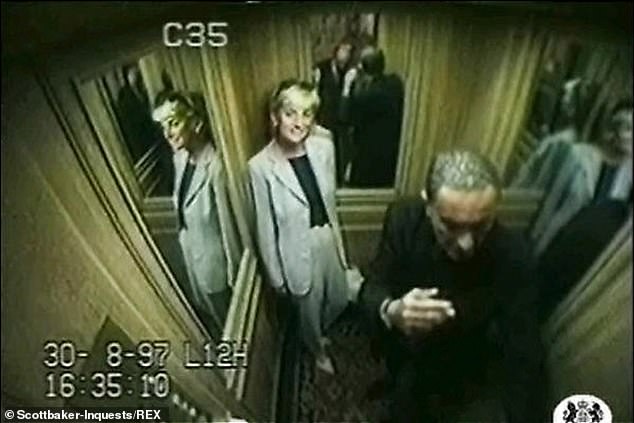 It comes after viewers of the documentary Investigating Diana: Death in Paris, which explores conspiracy theories surrounding Diana’s death and follows how police handled the investigation, claimed they struggled to read the subtitles.

However, viewers who tuned in to watch the first episode of Investigating Diana have expressed annoyance at the “tiny” subtitles – as much of the program was in French.

The documentary interviewed the agents charged with investigating Diana’s death – many of whom speak only French.

Though captions were added to the bottom of the screen, viewers complained that they struggled to read what was being said.

One person tweeted a photo of someone struggling to read a small piece of paper, saying, “The microscopic subtitles really bother me.” 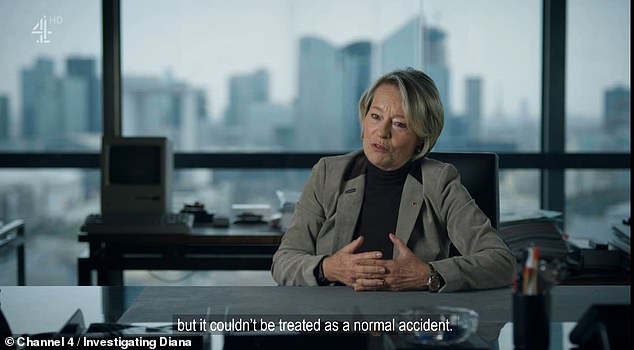 The first episode of Investigating Diana interviewed French investigators, including Martine Monteil, who was the head of Brigade Criminelle at the time of the accident

Another Twitter user made a similar joke, posting a photo of a woman squinting as she appeared to be making a huge effort to watch something. They wrote, “Try to read the subtitles.”

One person suggested that the subtitles themselves flashed on the screen too quickly and could have lingered longer.

The documentary interviewed Martine Monteil, head of the Criminal Brigade at the time of the accident.

She said: ‘This may be a traffic accident, but it cannot be treated as a normal accident.’ 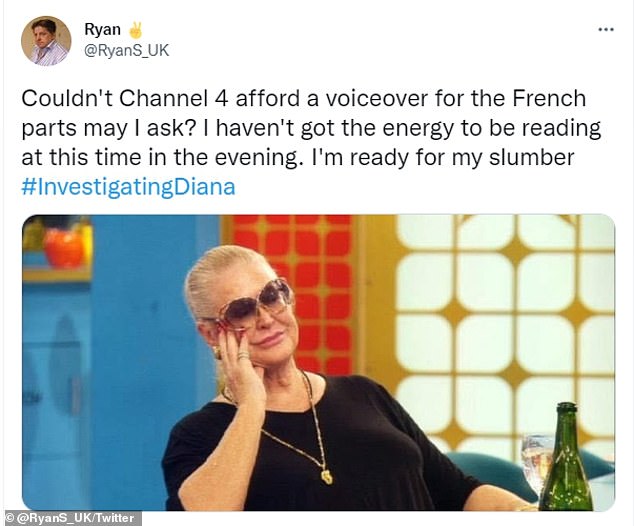 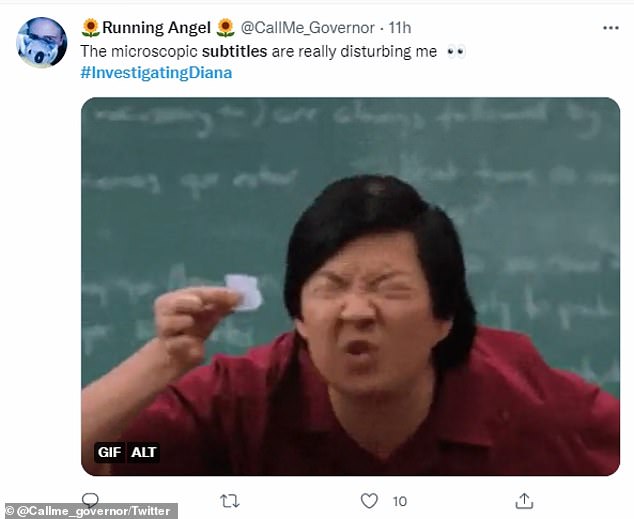 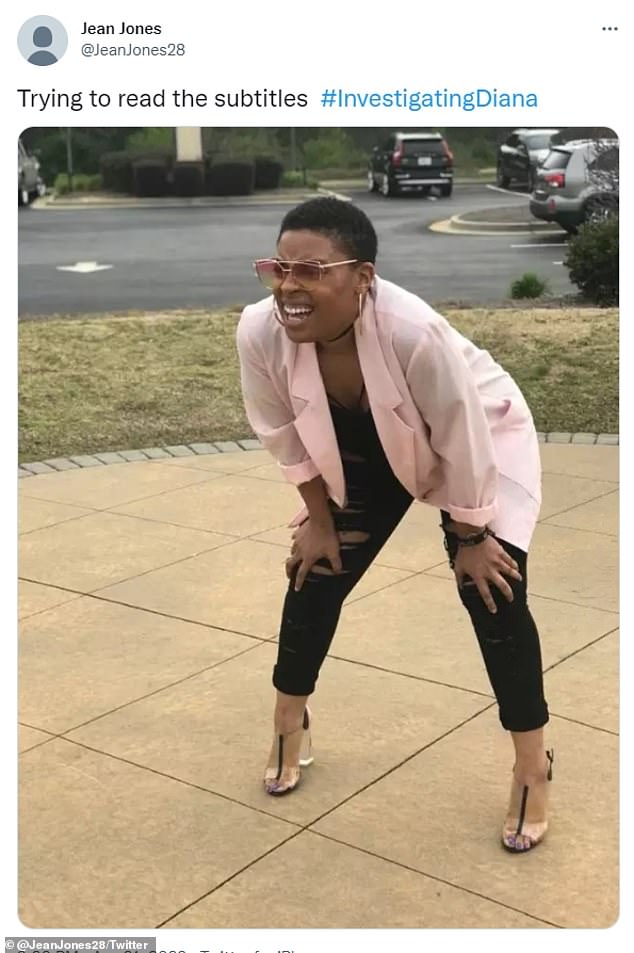 Ms Monteil later revealed that her “very fine” investigation of the crash site led her to recover several important pieces of evidence.

She recalled, “We started to find these little clues. We saw signs of braking. Pieces of red light from another car. There were traces of paint on the side of the car.’

She added: ‘I even found a few small pearls. They belonged to the princess.’

The film crew also interviewed a paparazzo who followed the car Diana was driving the night she died.

Described as “both suspects and witnesses” by investigator Eric Gigou, he described the arrest of several paparazzi.

Photographer Jacques Langevin told the program: “Whether photographers chased the car or not, that is not the cause of the accident. It’s not true.’