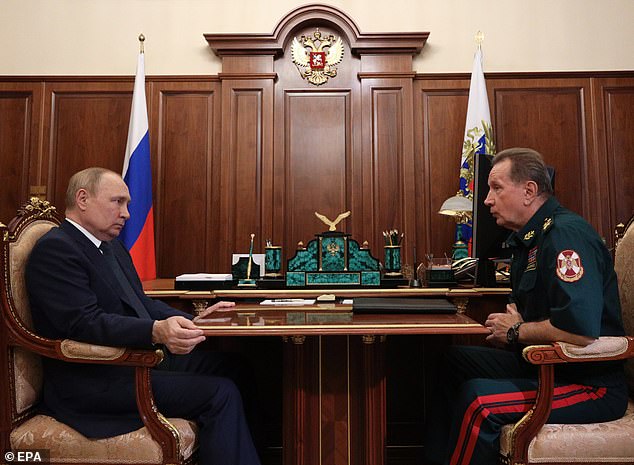 A grimacing Vladimir Putin is seen holding his desk tightly as his most trusted general, straight-faced, reports that invaded Ukrainians are showing their “support” for occupying Russian soldiers.

The surreal scene shows a Kremlin meeting between the Russian dictator – at one point seen chewing his lip – and Viktor Zolotov, 68, who as director of the Russian National Guard lost thousands of his men in the war.

The famous Putin desk grip has previously been seen as his way of preventing his hand from shaking uncontrollably on rare occasions, amid suspicions that he is suffering from early Parkinson’s disease.

On this occasion he clasps the table with his right hand, but at one point also with his left.

The video is unusual in that Zolotov mainly resigns from the routine duties of the National Guard, which Putin has known well since he set up the force and is its commander in chief.

He only deviates from this to claim that ordinary Ukrainians welcome the Russian invaders.

This is despite estimates suggesting that 75,000 Russian soldiers were lost or maimed. 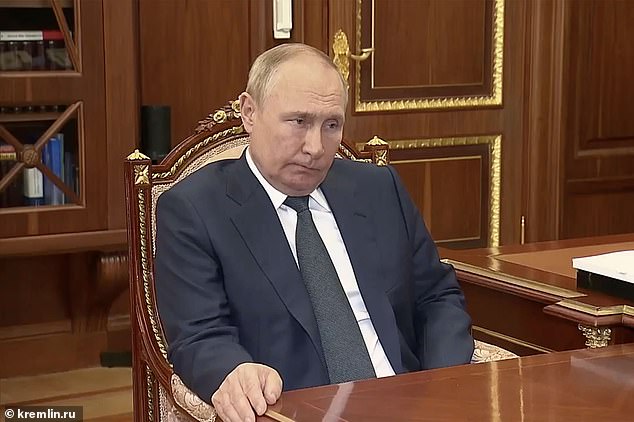 The surreal scene shows a Kremlin meeting the Russian dictator – at one point chewing his lip – and Viktor Zolotov, 68, who as director of the Russian National Guard lost thousands of his men in the war 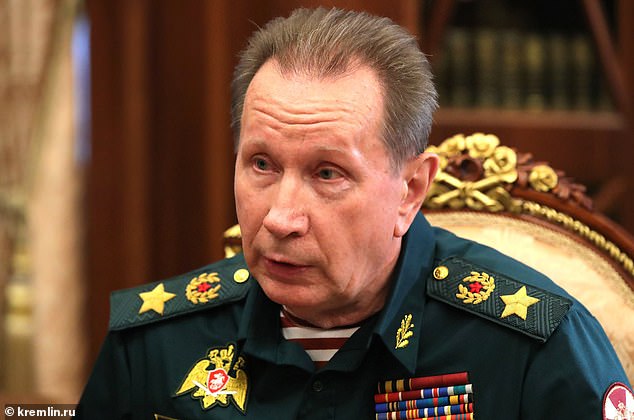 “I want to emphasize specifically that we feel support from the inhabitants of the liberated areas,” Zolotov said, in defiance of Ukrainian resistance on the frontline in Ukraine.

Zolotov – also an army general who was once Putin’s lead bodyguard – is believed to be trusted by Putin, unlike Defense Minister Sergei Shoigu who has apparently lost his trust.

The session comes shortly after Russia’s exiled independent media revealed that Zolotov flew to the Seychelles on a luxury private jet five years ago, accompanied by an army of glamorous women, including a British-trained “emotional intelligence coach” and several other high-ranking national guards.

The trip is seen as controversial because it came the day after Zolotov struck a lucrative exclusive deal with companies run by pro-Putin tycoon Boris Vaninsky to supply food to the National Guard at – reportedly – above market price. 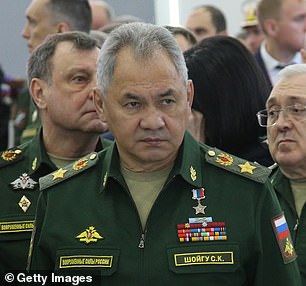 Vaninsky was also aboard the Falcon 7Х business jet for the flight to the Seychelles.

Also on board — 36 years old at the time — was Evelina Levieva, aka Evelina Levy, who boasts that she trained at the Emotional Intelligence Academy in Manchester, the Dossier Center said.

She has said, ‘I do brain plastic surgery. How do I do it?

‘I don’t just teach people to recognize emotions correctly, but even to plan for their occurrence and then steer them in the right direction.’

It’s unclear how or why she stood with the General in Paradise, but she said, “I’m not a psychologist, I’m not a matchmaker, and unlike many women, I don’t have to put on a bitch’s mask.” .

‘I’m fine with myself. I don’t solve your problems, I don’t care about your past.

‘It cannot be changed and there is no point in delving into it.

“I work with your future, change your attitude to current situations and make you understand the true causes of negativity in your life.”

After the outbreak of the war – in which Zolotov’s forces lost thousands of men – she urged her followers not to “give into panic” or “multiply hate.”

She added, “Let there be peace.”

Zolotov’s grandson was educated at Britain’s Cranleigh School in Surrey, along with close friends of Luiza Rozova, 19, Putin’s secret daughter who has disappeared from social media since the start of the war in Ukraine.

This is despite Putin’s public hostility to Russian people who enjoy the benefits of life in the West. 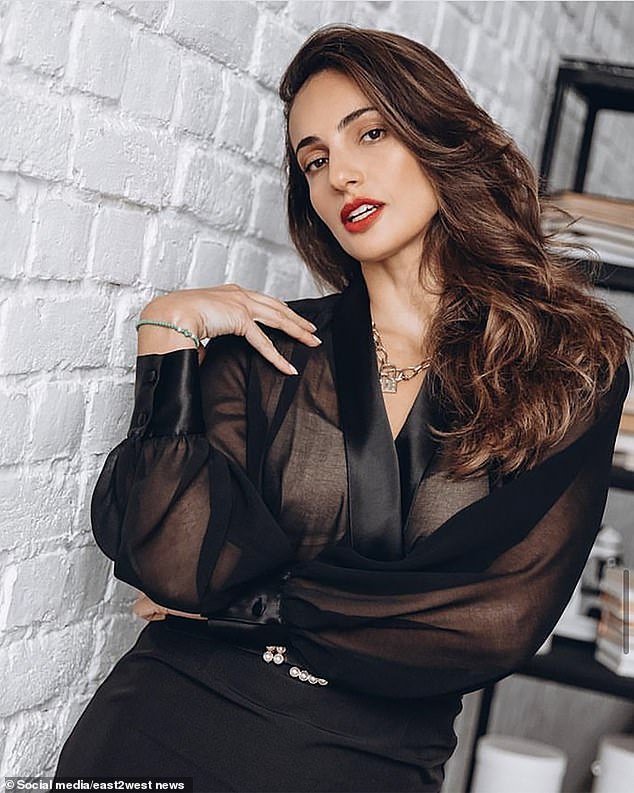 Evelina Levy, who boasts being trained at the Emotional Intelligence Academy in Manchester, was aboard the Falcon 7Х business jet for the Seychelles with Zolotov, who signed a lucrative exclusive deal with companies owned by the pro-Putin tycoon. Boris Vaninsky to provide food to the National Guard at – allegedly – above market price

The dazzling ‘back to school’ edition of the designer kidswear website