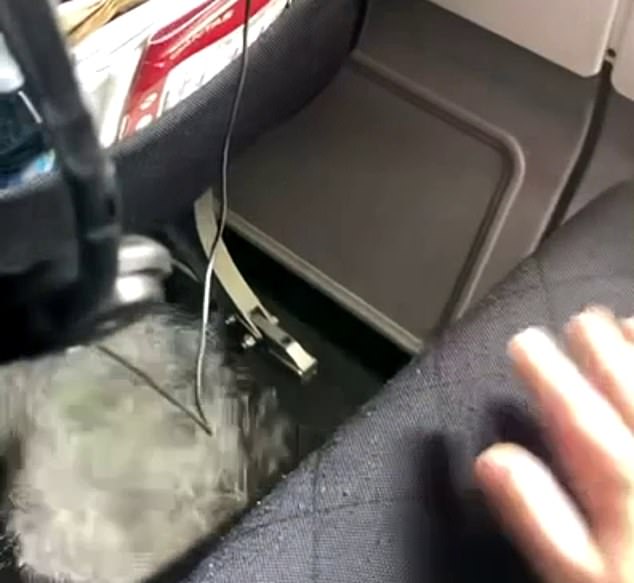 Qantas passenger captures the cough-inducing moment as he fills the cabin with dust – simply by slapping an empty SEAT: ‘OMG that’s gross!’

A passenger on board a domestic Qantas flight filmed the dust trapped in the seats after repeatedly hitting the empty space next to him with his hand.

The vision was filmed on August 10 by a passenger while traveling from Sydney to Perth on QF643 and was posted to a Facebook group page.

He hits the chair four times with his hand, sending large amounts of dust particles into the air.

A Qantas spokesperson told Daily Mail Australia on Tuesday: “All our aircraft are cleaned with disinfectant between flights and at the end of the day. They are also regularly thoroughly cleaned, including the seat covers and cushions.’

“Airplanes are also sprayed every month with an antimicrobial treatment that is antibacterial, which has anti-COVID and anti-flu properties.

“Based on the video, it is unclear what was spilled on the chair and when. However, the chair is being thoroughly cleaned today.’

The video met strong reactions from members of the group.

“What’s going on, isn’t that the new snow feature? Creating a winter wonderland while enjoying 5 star service,” offered another sarcastically.

“Years of accumulated human dead skin cells and billions of dust mites feeding on them,” another described the vision in detail. 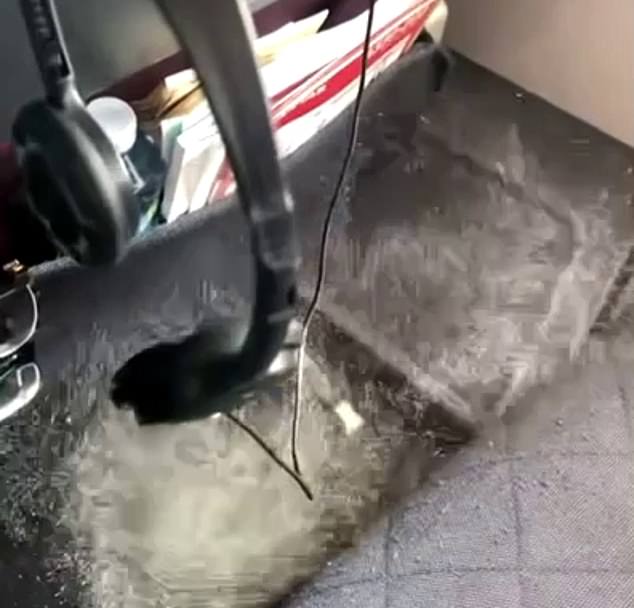 After knocking the seat four times, large amounts of dust can be seen rising in the cabin air

The video saw a response from members of the public, including a man who suggested that dust on seats is quite common on all modes of public transport.

“I won’t be flying anywhere unless I really have to right now…the quality of service from these airlines right now is appalling,” said one man.

Another noted that almost every form of public transportation has a similar problem.

‘It’s the same regardless of transport, train, bus, coach, plane. This is not something new… Be happy with hepa filters,” the person noted.

‘I discovered that a few years ago when I plopped some books on the chair next to a sunny window. Breaking down foam… that’s a real reason to want to wear masks on flights,” said one man.

Another man claimed he did the same while flying