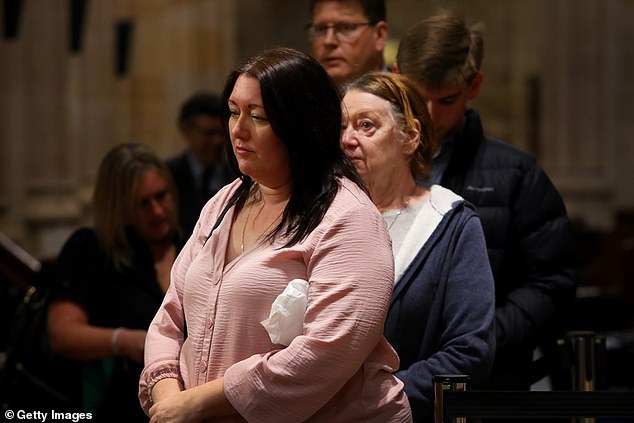 Australians and British expats have packed churches, pubs and open-air squares across the country to pay emotional tribute to the late Queen Elizabeth II.

Billions around the world listened to live television coverage of Her Majesty’s funeral, which was held in London on Monday night Australian time.

Hundreds flocked to St Andrew’s Cathedral in Sydney’s CBD, which was visited by the Queen in 1954 on her first Australian tour.

The cathedral held solemn choral songs for 90 minutes as mourners signed condolence registers before taking their seats to watch the funeral service projected onto a large screen.

Thousands at home watched the live stream of the church service.

Hundreds of others gathered in pubs across the city to toast the Queen and watch the funeral at Westminster Abbey, including the Lord Dudley Hotel in Woollahra, one of Sydney’s oldest English pubs. 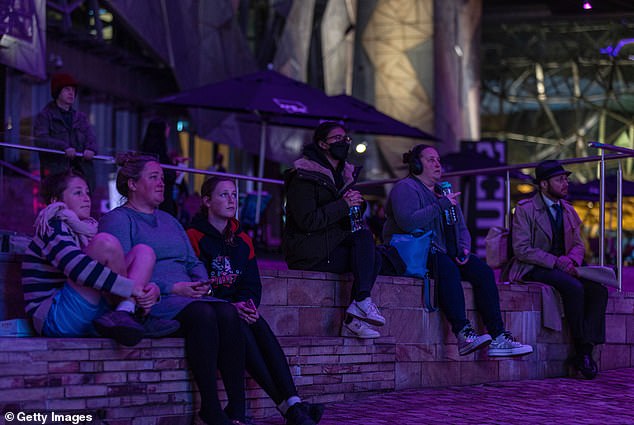 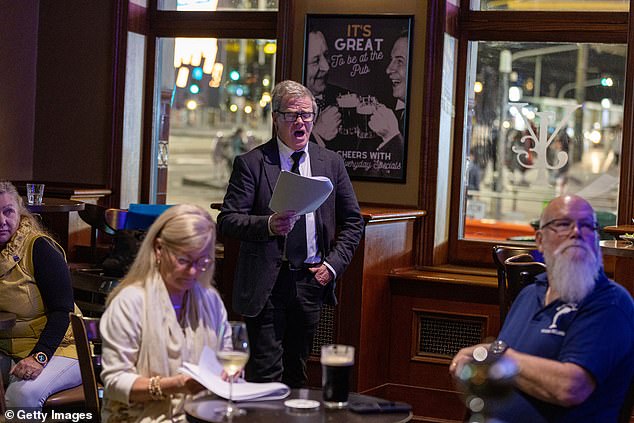 Across Federation Square, hundreds of Melburnians Young and Jacksons gathered to watch televised coverage of the Queen’s funeral

Public memorials stretched west from the city, where screens were installed in Blacktown’s Warrick Lane district to allow locals to watch the funeral. The screens remain on Thursday for the national memorial service in Canberra.

Elsewhere in the country, crowds also gathered at Government House in Canberra.

The Governor General’s official residence has been the scene of many official ceremonies during the Queen’s 14 visits to Canberra during her 70-year reign.

Government House was also where she stayed during her visits to the country’s capital.

The walls were lit purple in honor of the queen, along with images of her over the decades.

In Melbourne, crowds gathered in Federation Square and took to the nearby Young and Jacksons, the city’s most iconic pub where patrons joined in singing hymns played during the funeral.

Melbourne’s monuments will remain lit until Thursday’s national memorial service, while to the west the bagpipes sounded in Perth in honor of the late monarch. 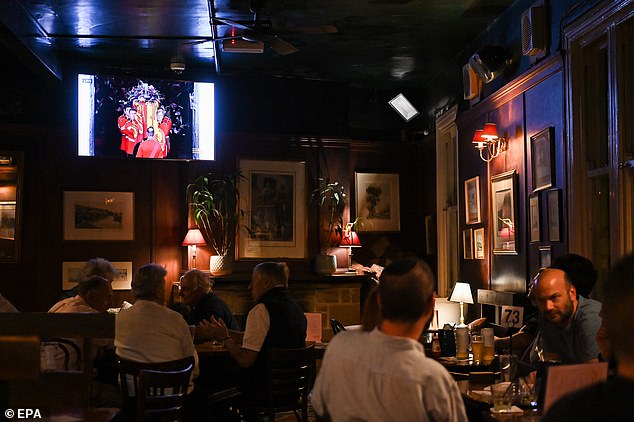 Lord Dudley Hotel in Woollahra, one of Sydney’s oldest English pubs, was packed with Sydneysiders and British expats gathering to watch the funeral 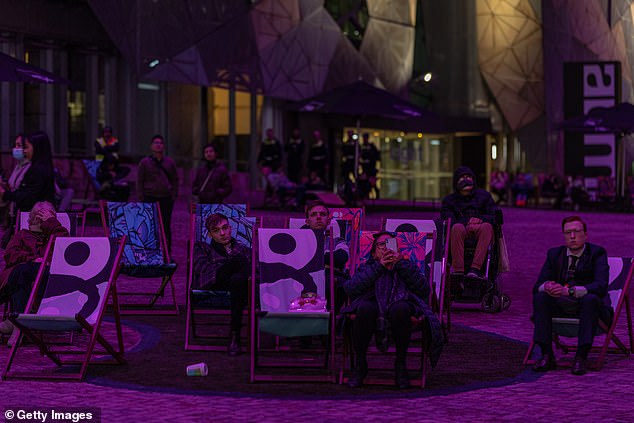 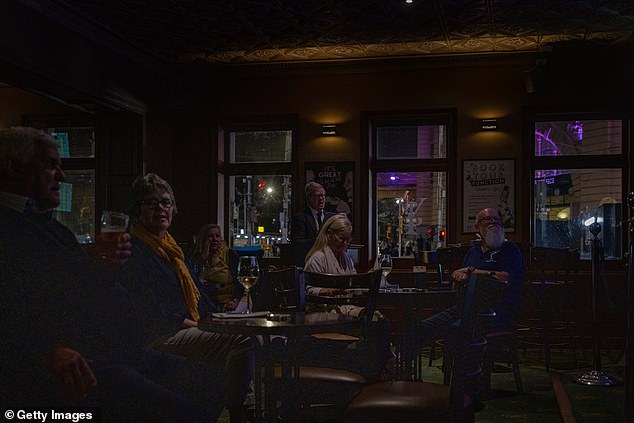 Mourners who attended the service at Sydney’s St Andrew’s Cathedral said it was a fitting place to say goodbye to the Queen, who died on September 8 at the age of 96.

“My mother is English, so I think we are part of a royalist family, with that allegiance,” Matt Palmer told AAP.

After seeing many royal weddings at home, Mr Palmer said he wanted to bid farewell to the Queen at St Andrew’s as a way of paying tribute to her faith.

“I have cried for the past ten days and tonight I will cry too,” said grieving Simon Perdriau.

“As Elizabeth herself said, grief is the price we pay for love.”

Grieving Michelle Raft added, “I love the idea that she has been here and that we will honor her together,” Ms Raft said.

Many mourners will return to St Andrew’s Cathedral on Wednesday morning for a memorial service, which will be attended by NSW Governor Margaret Beazley and other dignitaries.

On the other side of the world, Prime Minister Anthony Albanese was one of 2,000 dignitaries invited to attend the funeral in London, along with the Governor General and a small delegation of Australians. 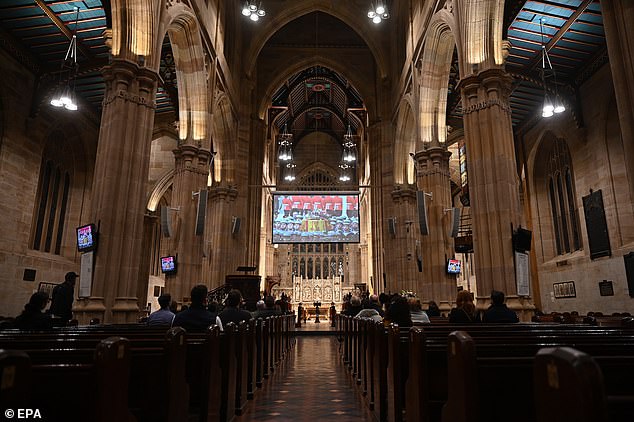 Mourners gathered at St Andrew’s Cathedral in Sydney on Monday to watch the broadcast of the Queen’s funeral. The Queen visited the cathedral in 1954 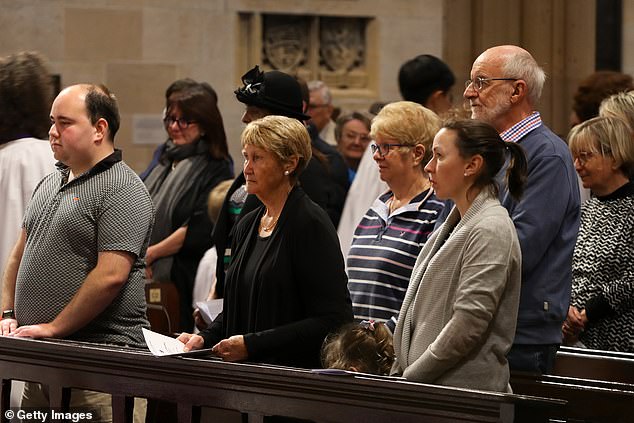 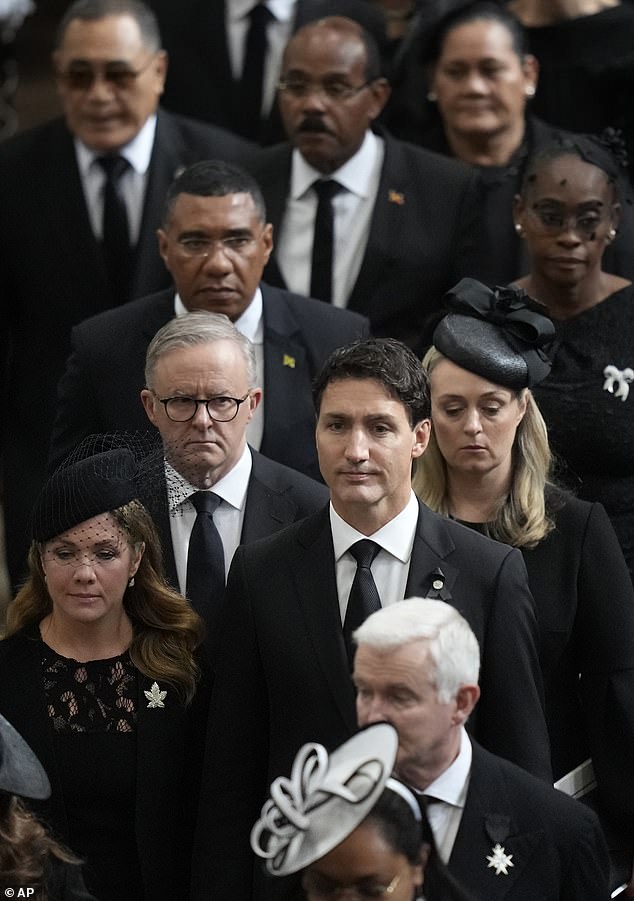 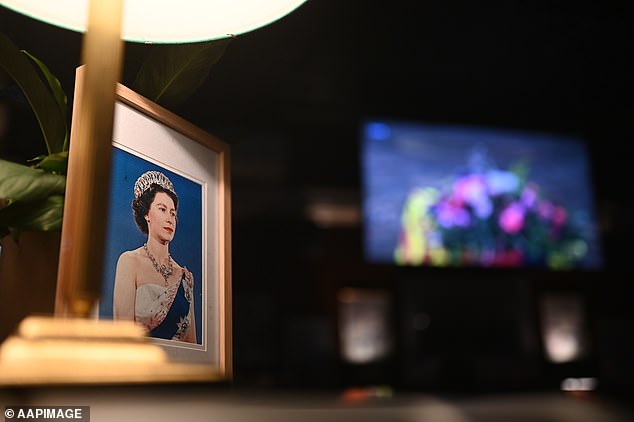 Mr Albanese was among the estimated crowd of 750,000 who viewed Queen Elizabeth’s coffin in Westminster Hall prior to her state funeral.

Over the weekend, he also met King Charles III at Buckingham Palace, along with his colleagues from the 14 realms of the Commonwealth.

The prime minister described his meeting with the king as warm and friendly and said it provided him with a moment to personally offer his condolences.

“It is a very personal loss that he feels,” Mr Albanese told the BBC.

Australians will continue to pay their respects on Thursday, declared a national holiday.

A memorial service will be held at Parliament House in Canberra, which will be broadcast across the country.

All state and territory leaders and Supreme Court justices will attend the national monument, where Mr Albanian and opposition leader Peter Dutton will pay tribute to the late monarch. 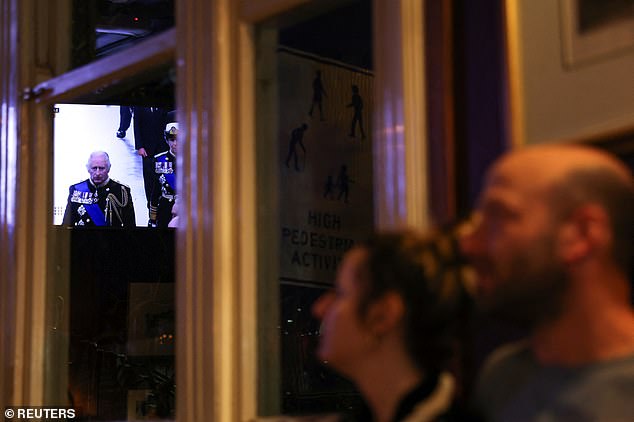 King Charles III is pictured on a screen as people gather to watch a broadcast of Queen Elizabeth’s funeral in an English pub in Sydney, 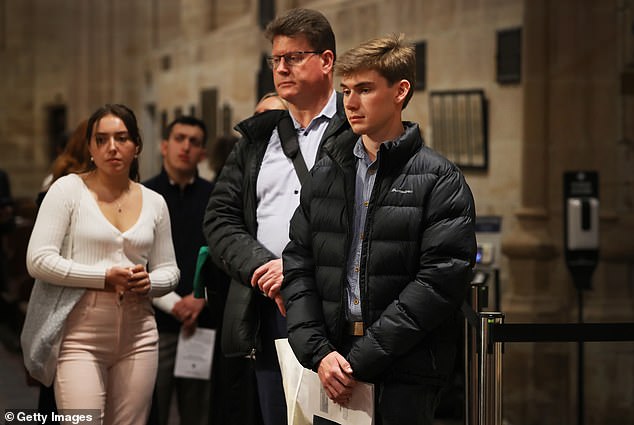 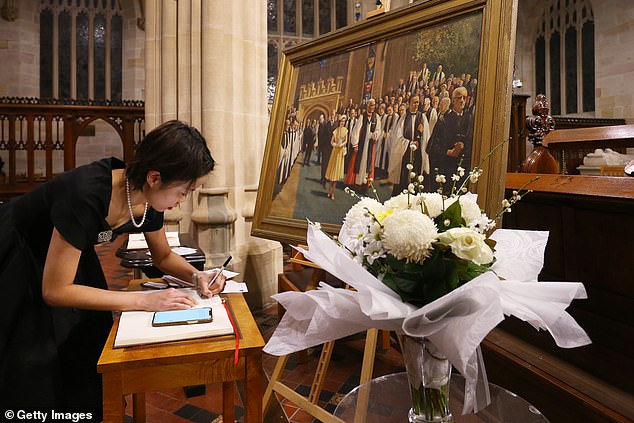