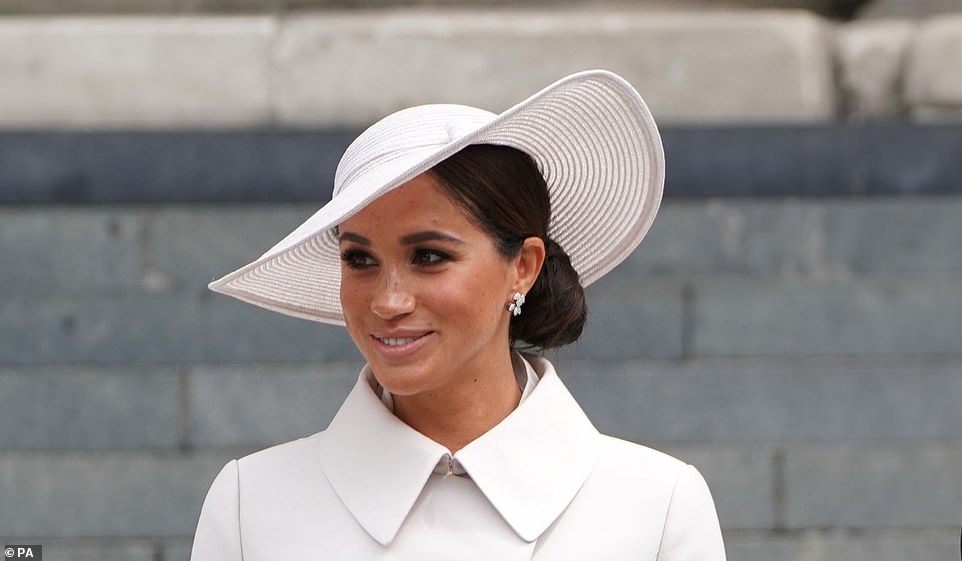 Where is the Queen’s birthday greeting for Meghan? Her Majesty’s social media stays silent while Prince William, Kate and Charles and Camilla share near identical pictures of the Duchess as she turns 41

The Queen’s social media accounts have yet to send a public birthday message to Meghan Markle as she celebrates turning 41 today — while Prince William and Kate Middleton and Prince Charles and Camilla shared near-identical photographs of the Duchess online. The official @RoyalFamily Instagram and Twitter account have not posted any kind of birthday wish for the Duchess of Sussex, instead sharing photos of Princess Anne’s visit to Edinburgh. Pictured: Meghan at the Thanksgiving Service 2022.

Shortly afterward, the Prince of Wales and Duchess of Cornwall went on to share a similar message and image of the mother of two. 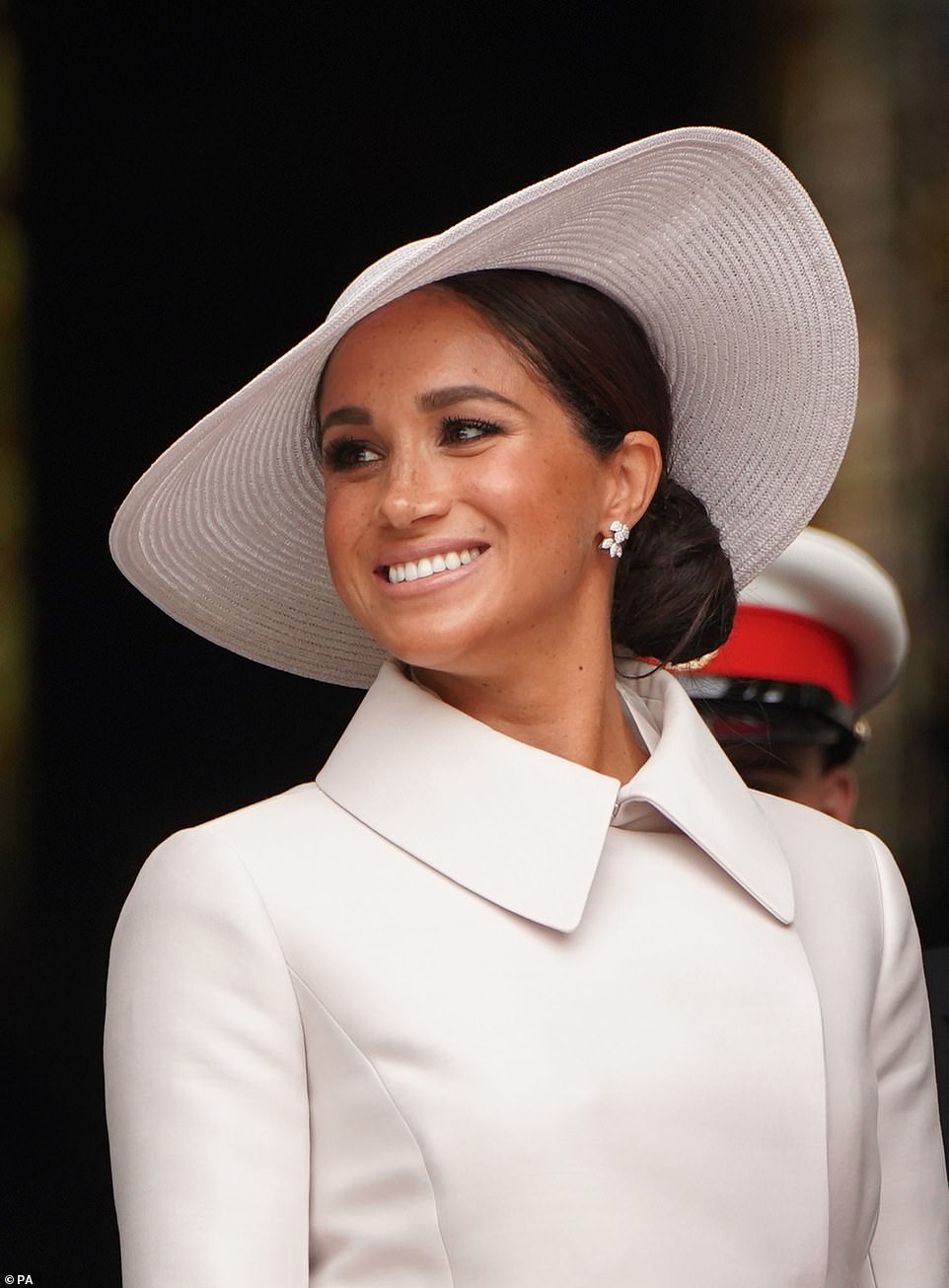 The images selected by both couples show Meghan at the Queen’s Service of Thanksgiving at St. Paul’s Cathedral and don’t feature her husband, Prince Harry. The service was the only event from the Queen’s Jubilee that the Duke and Duchess of Sussex publicly attended. It marked the first time the couple were seen with ‘The Firm’ since the frosty Commonwealth Service at Westminster Abbey in March 2020, shortly before they officially stepped down as senior royals. 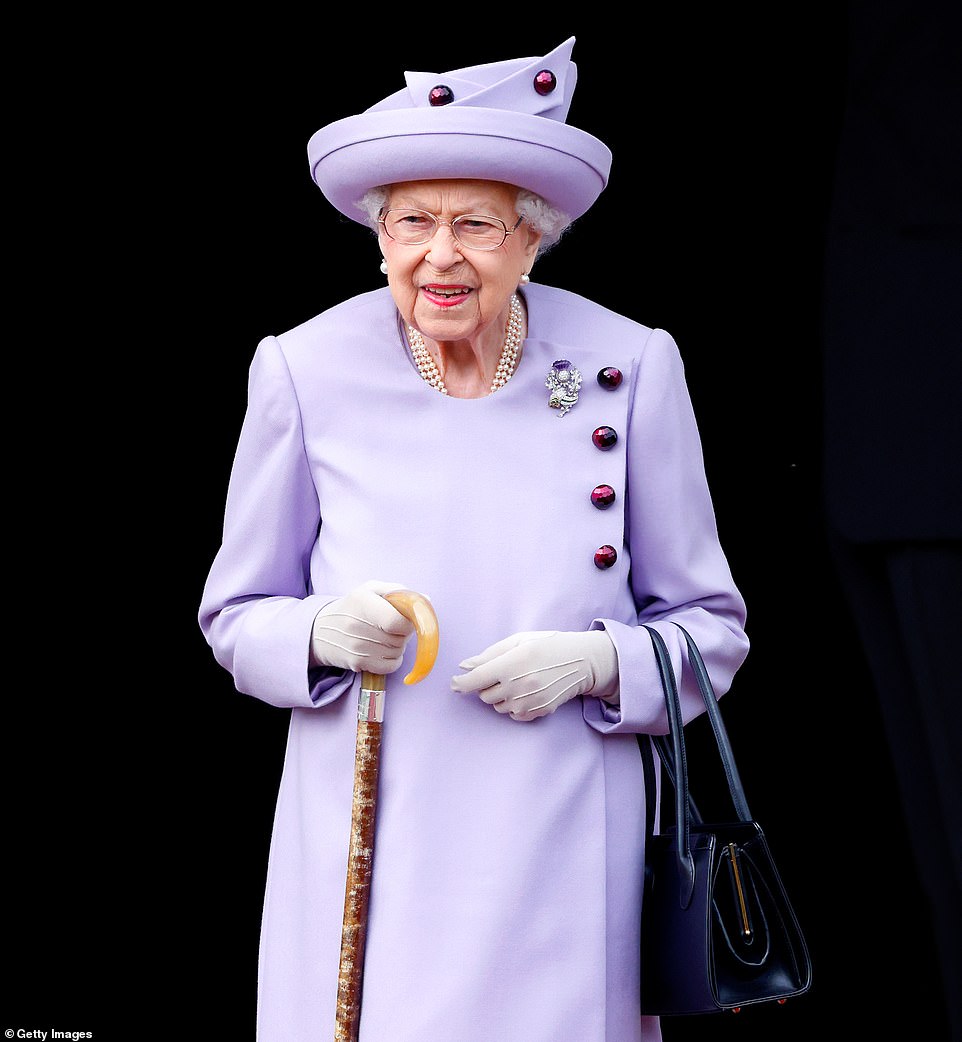 Last year, the Queen led the royal family in wishing the Duchess a happy 40th birthday. However today, the accounts have been largely silent, except for sharing a series of images about the Princess Royal’s visit to Edinburgh. Instead, it was Prince William and Kate, as well as Charles and Camilla, who posted birthday messages and photographs of the royal at the Queen’s Jubilee. Pictured: The Queen attends an Armed Forces Act of Loyalty Parade 2022. 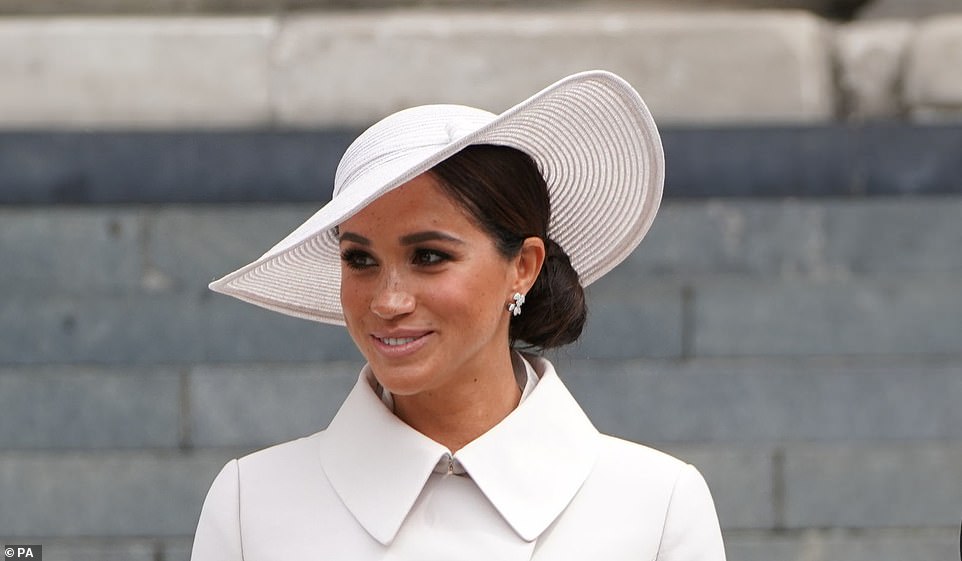 The Queen’s Service of Thanksgiving at St. Paul’s Cathedral was the only event from the Queen’s Jubilee that the Duke and Duchess of Sussex publicly attended. The couple made only one public appearance over the Jubilee weekend, despite flying in from the United States with their two children, Archie and Lilibet. They didn’t appear on the Buckingham Palace balcony during Trooping of the Color and were also seemingly relegated to the second row during the Thanksgiving service. Palace aides were said to have choreographed timing for the Platinum Jubilee service to ensure that William and Kate didn’t bump into Meghan and Harry. The couple sat apart from Prince William, Kate, Prince Charles and Camilla in the church after royal aides ensured they sat on separate sides of the aisle. Departure and arrival times were also carefully considered, so as to avoid the brothers and their spouses bumping into each other. 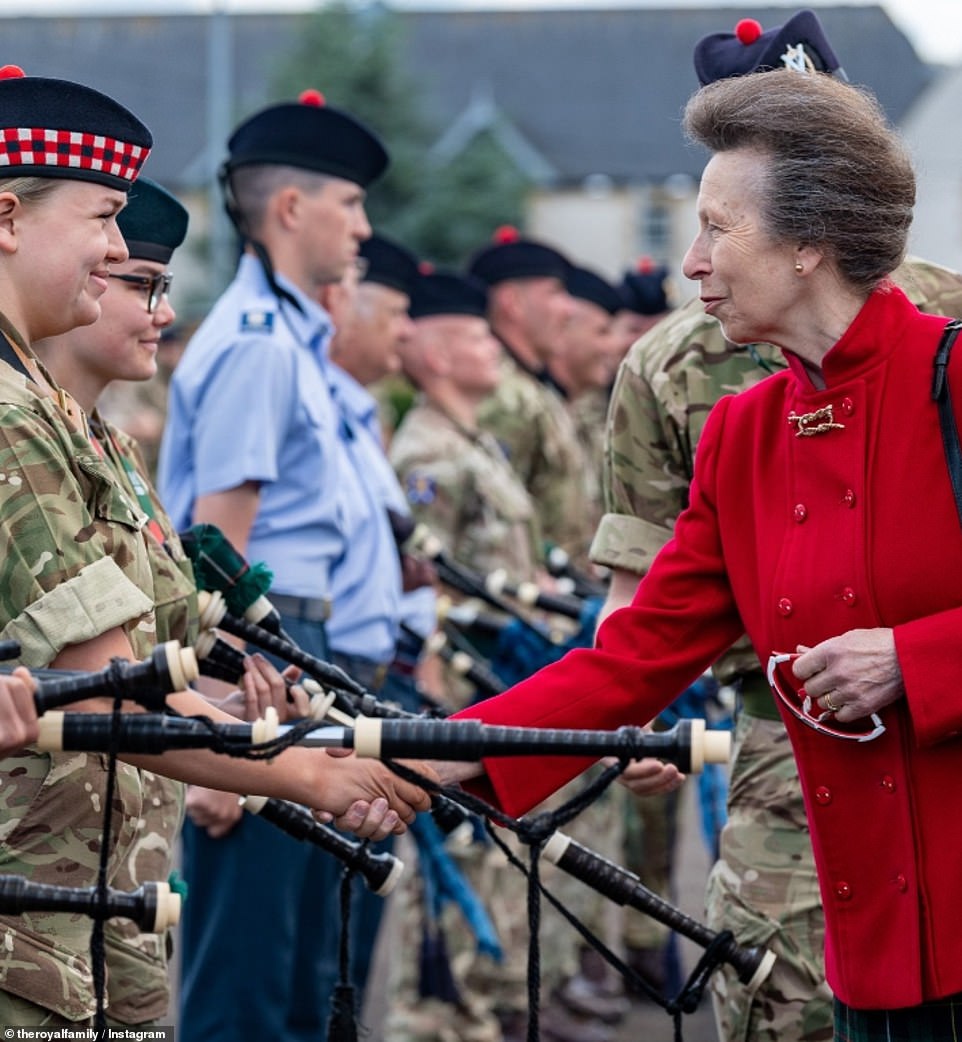 The Royal Family’s official accounts shared a series of images from Princess Anne’s visit to Edinburgh today, in spite of the fact that it is Meghan Markle’s 41st birthday. 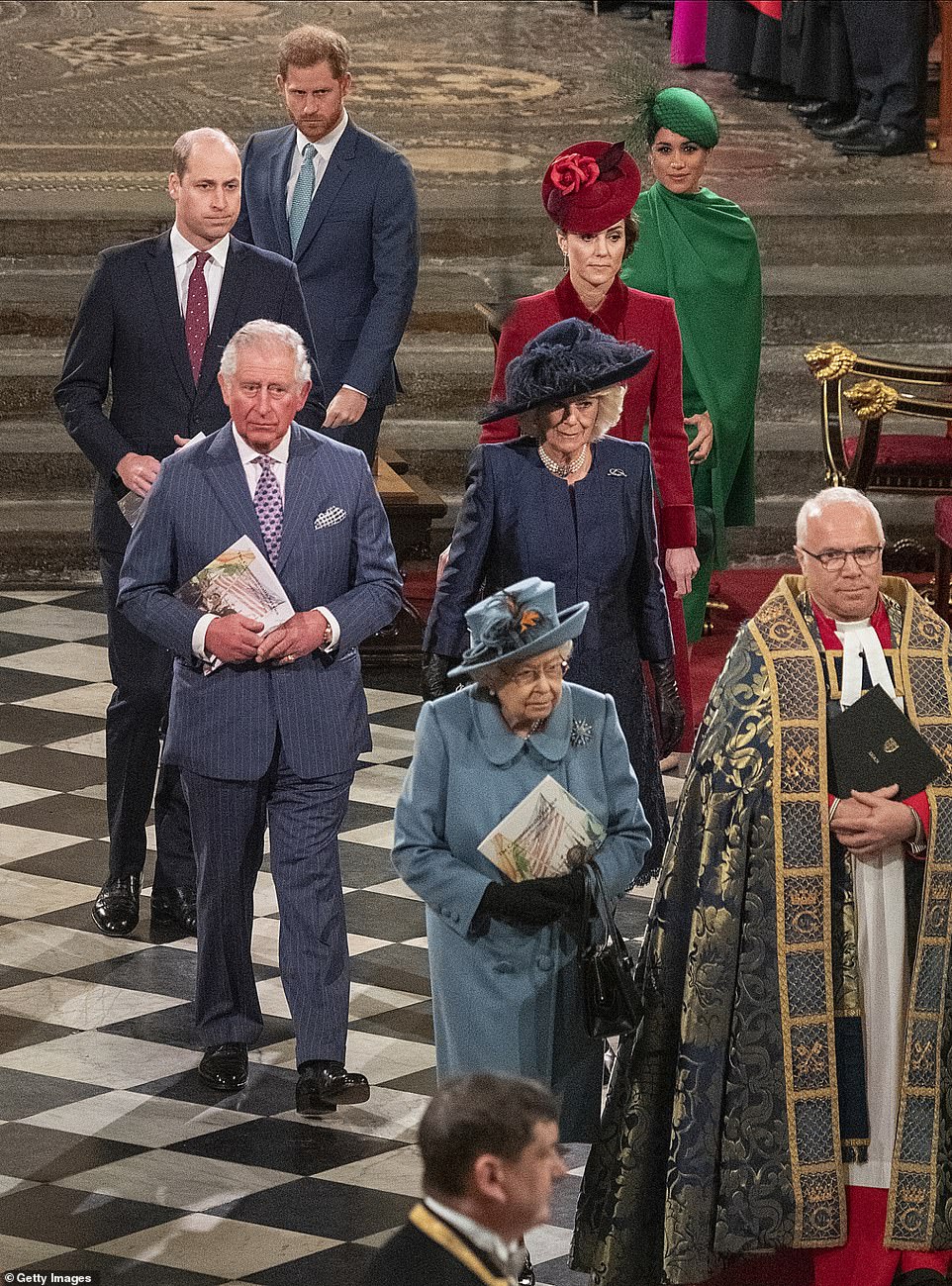 Harry and William have had a long-standing feud. Harry has also accused his father Charles of cutting him off financially while Meghan claimed an unnamed royal made a comment about Archie’s skin tone before he was born, which she told Oprah Winfrey last year in a bombshell interview. Pictured: The Royal family at the Commonwealth Day Service 2020. 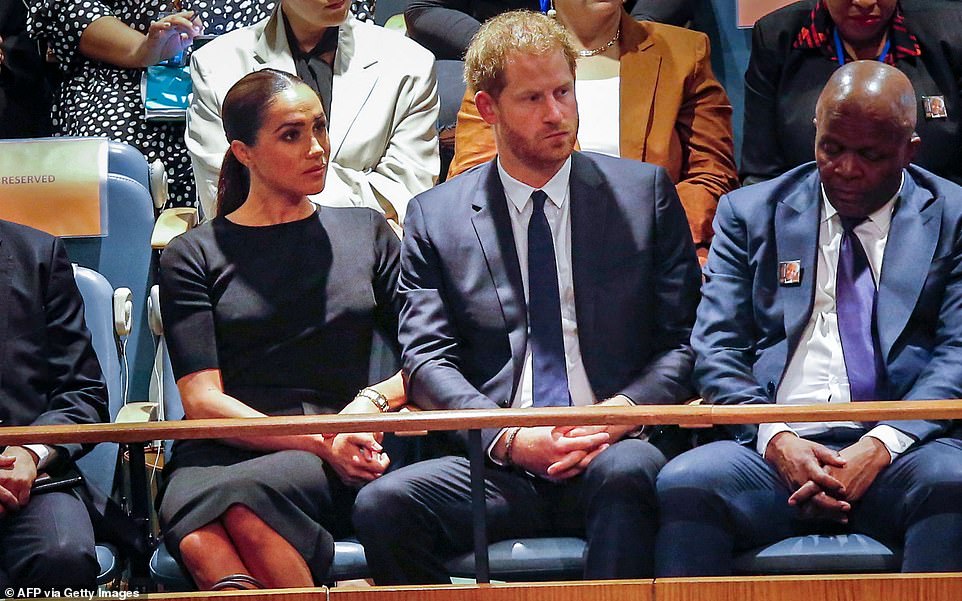 Meghan is celebrating her big day shortly after it emerged her friend and favored author, Omid Scobie, is writing yet another book, promising a ‘new chapter of the royal story’ that will dish out ‘exclusive revelations.’ The journalist previously co-wrote the bestseller ‘Finding Freedom,’ a sympathetic account of Meghan and Harry’s relationship and how they came to leave the United Kingdom and step away from royal duties. That book went into exhaustive detail about the Sussexes with over 400 pages, including specifics about luxury holidays and Meghan’s cravings for sweets. Pictured: Meghan and Harry at the United Nations in New York 2022. 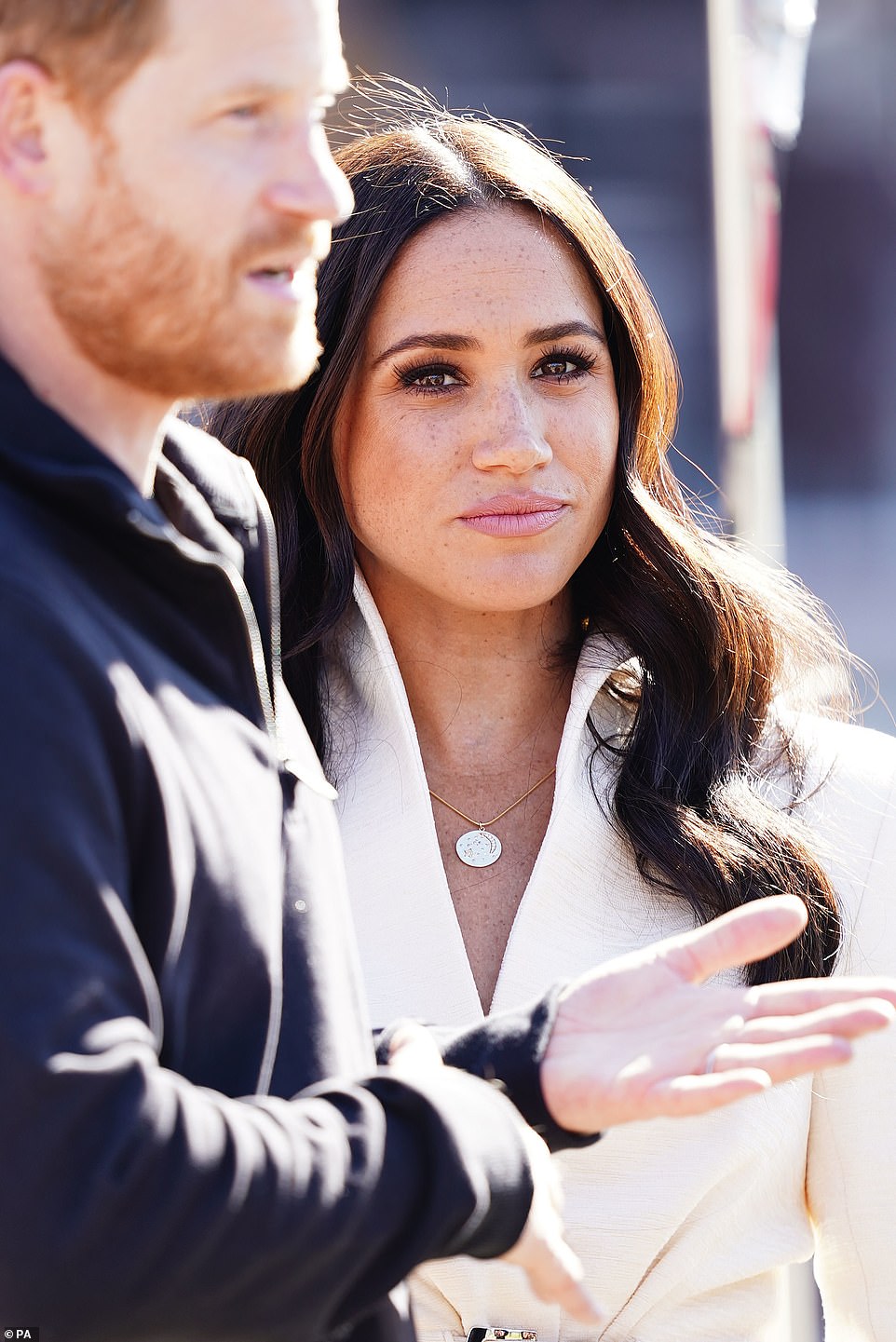 But Scobie doesn’t seem to have tired of the subject that has proved so lucrative: The new book – as yet untitled and written solo – is due for release next year. While Meghan admitted that she authorized a friend to give interviews for ‘Finding Freedom,’ it’s not clear if she has given the nod to the follow-up. Scobie does, however, promise ‘deep access’ to the royals and their entourage. 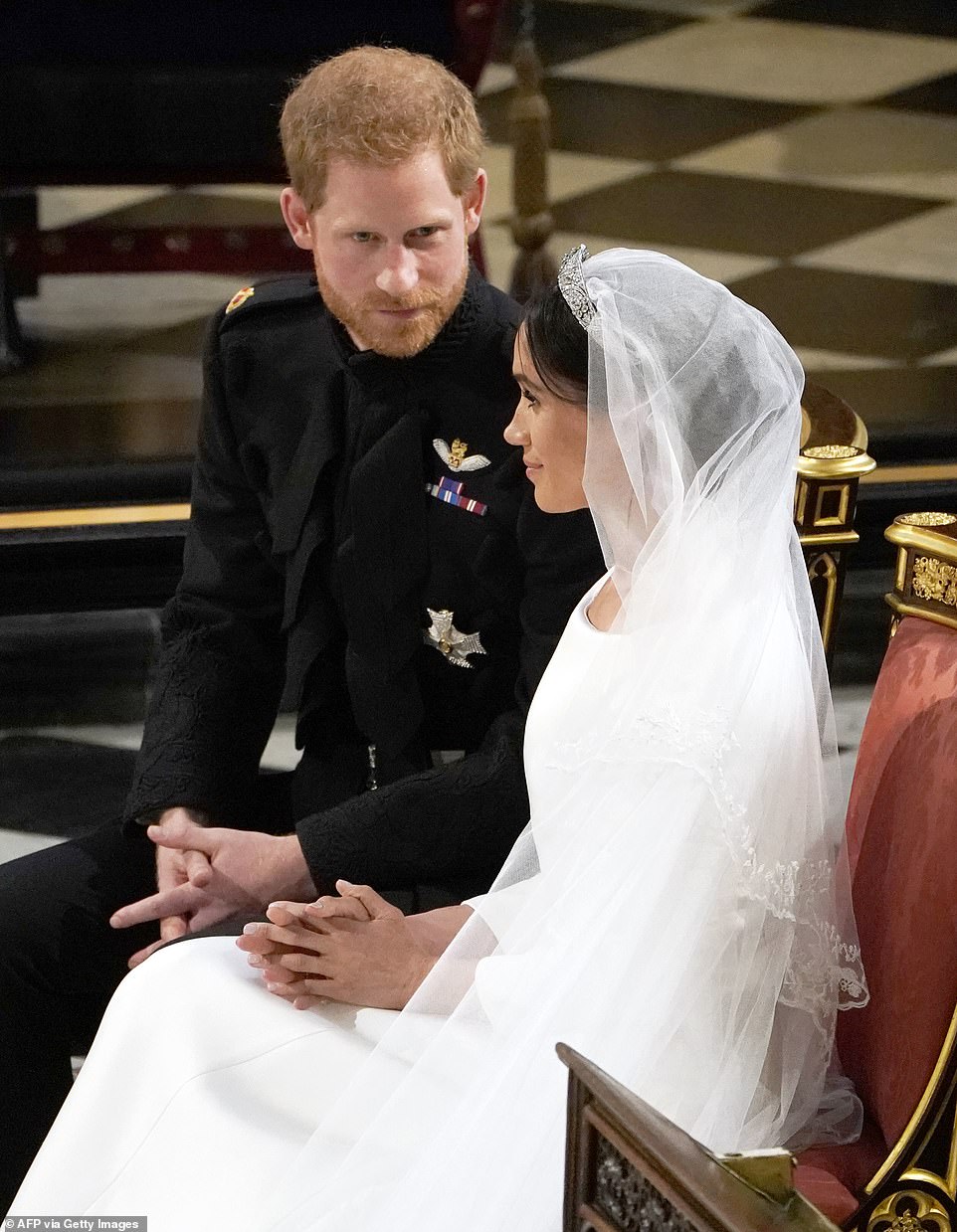 Some royal-watchers believe the new volume may counter claims made in acclaimed biographer Tom Bower’s new book, ‘Revenge,’ which is critical of the Duchess. 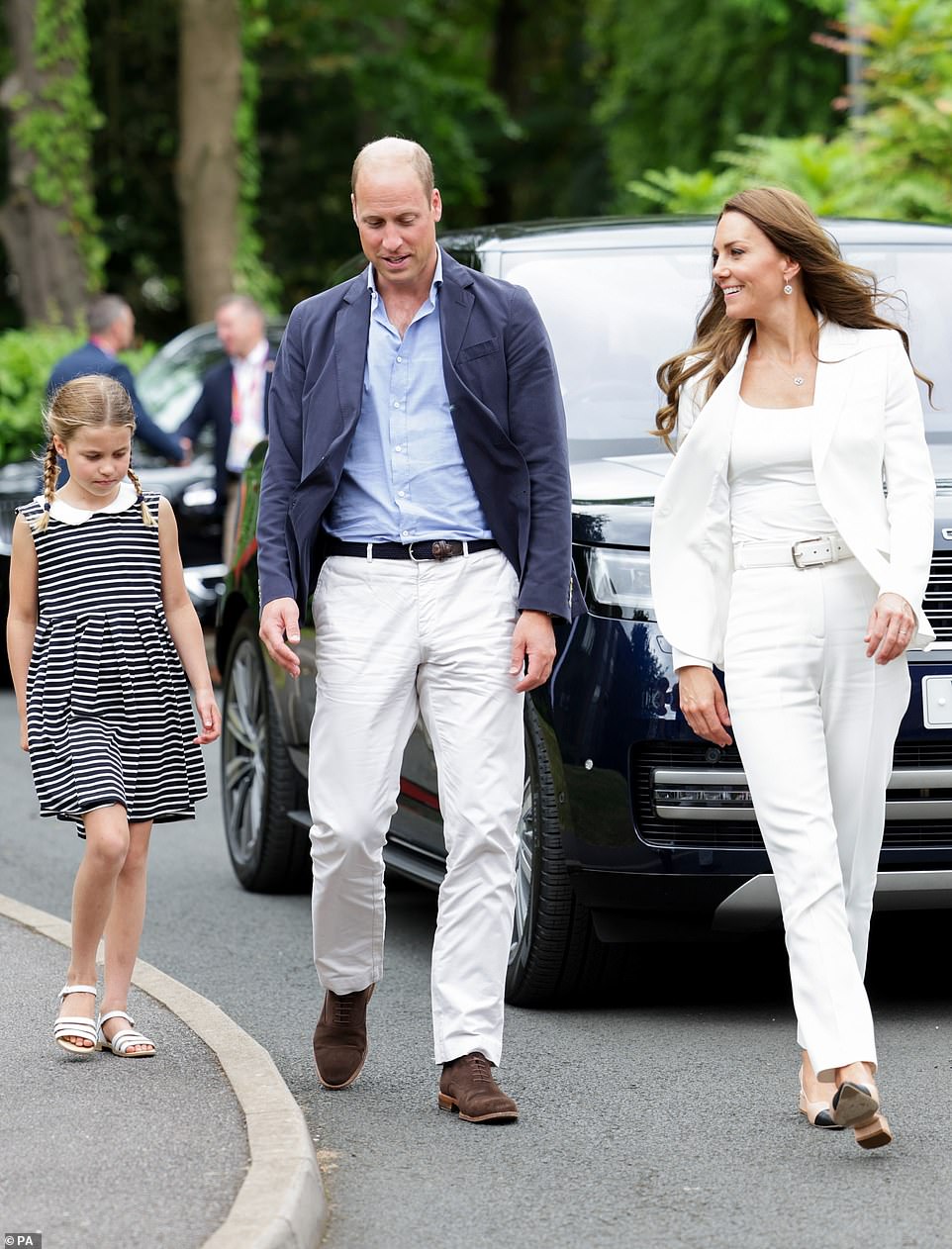 The book, which Meghan’s estranged father Thomas contributed to – includes a slew of allegations, including that the Duchess once made Kate Middleton cry. Pictured: William and Kate with daughter Charlotte at the Commonwealth Games 2022. 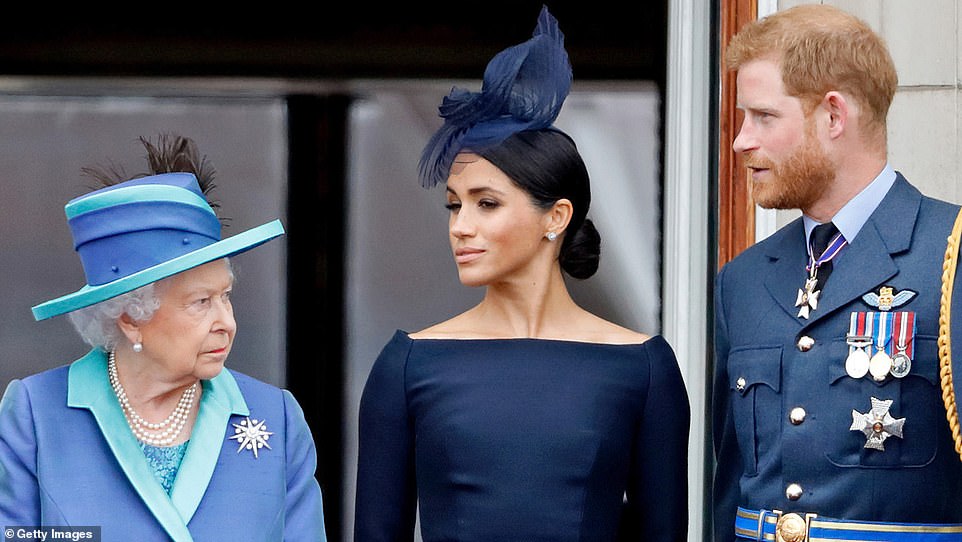 Meanwhile, Prince Harry is releasing his own ghostwritten memoir this year, which he has described as ‘a first-hand account of my life that’s accurate and wholly truthful.’ The news comes as it was claimed Prince Harry and Meghan won’t be visiting the Queen when she takes her summer break at Balmoral, despite an invitation. Her Majesty reportedly asked the couple and their two children, three-year-old Archie and Lilibet, one, to stay at her Scottish residence and told royal staff to prepare. Pictured: Queen Elizabeth with Meghan and Harry on Buckingham Palace balcony 2018.

It was said that the Sussexes would not have to spend time with other royals, like Charles and William. But the couple, who last went to Balmoral in 2018, are said to not be planning to attend the Scottish Highlands estate over the next few months. A Balmoral insider told The Sun and Page Six: ‘Staff have been told to expect the full list of royals including Harry, Meghan and their children. They are preparing for the Sussexes.’ Another source is reported to have said: ‘I would be stunned if they did turn up.’ It’s understood the couple are planning to stay in the U.S. before the release of Harry’s memoir. Pictured: Meghan and Harry during the Invictus Games 2022.