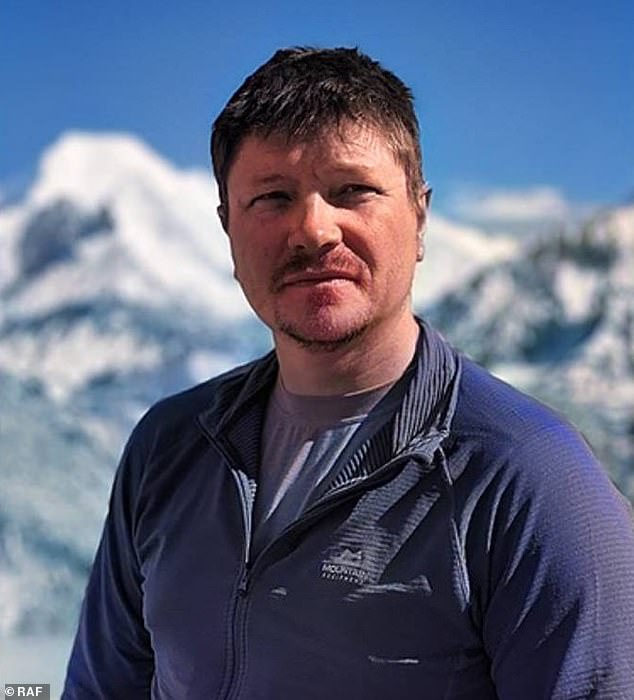 RAF wing commander, father of two, plunged 3,300 feet to his death ‘without even screaming’ after packing his backpack on a rock during a military expedition in the Himalayas

An RAF hero, father of two, sunk 3,300 feet to his death in the Himalayas during a climbing expedition ‘without even screaming’.

Wing Commander Gordon Henderson lost his balance while climbing 26,414ft Broad Peak, the 12th highest mountain in the world, on the border of Pakistan and China.

The Afghan veteran from Dunfermline in Fife, who was accompanied by Italian mountain guide Francois Cazzanelli, was taking part in a British Services Mountaineering Expedition when he plummeted on July 19. 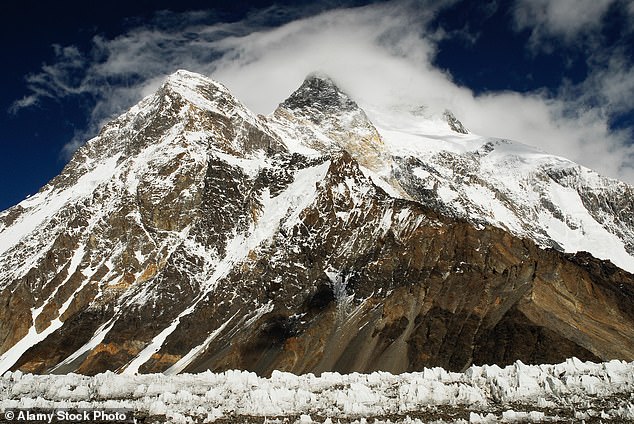 Cazzanelli said they were only 30 feet from the summit when Henderson hit his backpack against a rock, causing him to lose his balance and fall over the edge.

He told La Stampa, “He disappeared without even yelling. I was speechless, rooted on the spot.

“He had a backpack on his back just like me. He turned and got ready to start climbing. He took a step, but his backpack slammed into the rock wall.

He lost his balance and was turned forward. He slipped for a moment and then fell headfirst.’

Cazzanelli then frantically descended to the nearest camp to warn his colleagues.

The RAF said in a statement: ‘The Royal Air Force is deeply saddened to announce that Wing Commander Gordon Henderson is missing, presumed killed, on Broad Peak Mountain in Pakistan. 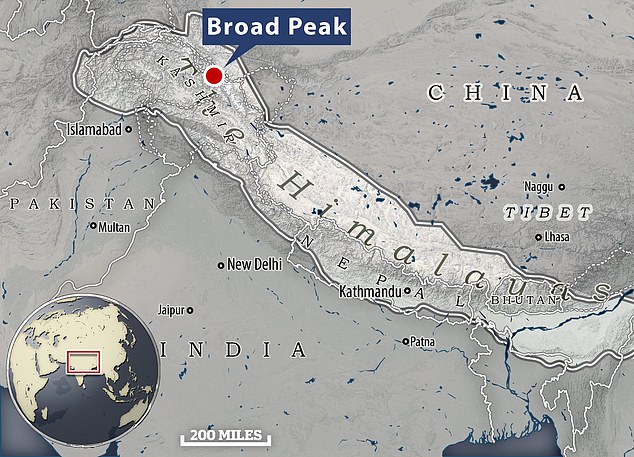 “Our thoughts are with the family, friends and colleagues of Wing Commander Henderson at this terrible time.

“We would like to remind you that further speculation is futile, and we ask that the privacy of the family is respected.”

Wing Commander Henderson, who attended Heriot-Watt University and served in Afghanistan, is survived by his wife Kerry, and the family is also believed to have ties to San Antonio, Texas.

The British Services Mountaineering Expedition’s Pakistan 2022 mission would travel “the length of the infamous Baltoro Glacier” before visiting Broad Peak and K2 base camps and climbing Gondogoro La Pass at 18,400 feet.

After a period of acclimatization, the team, made up of members of the Pakistan Armed Forces, would focus on the main ascent of Broad Peak.

A statement from the RAF Mountaineering Association said: ‘RAF Mountaineering is deeply saddened to announce that Wing Commander Gordon Henderson has been reported missing, presumed killed, on Broad Peak, Pakistan.

“Our thoughts and prayers are with his family at this time.”