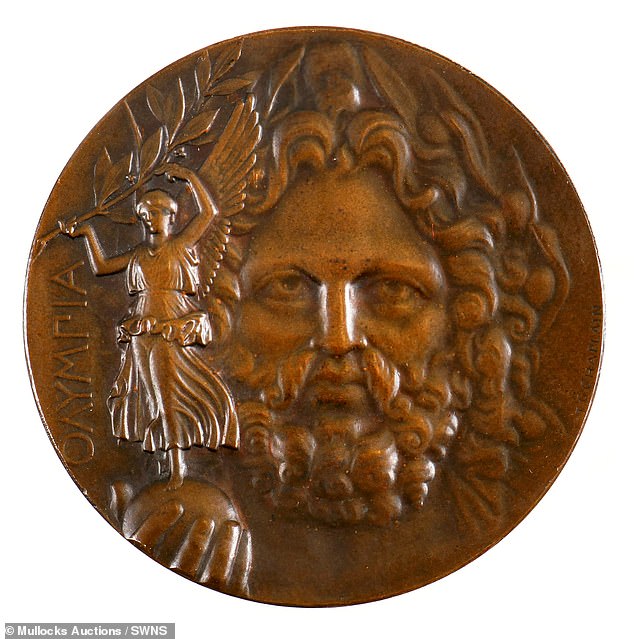 A bronze medal from the first modern Olympics in 1896 is expected to fetch £25,000 at auction.

The owner of the medal, gathering dust in a drawer, had no idea what it was until they sought an appraisal.

They found that it had been awarded second place – along with a laurel branch – at the first Games in Athens.

The rare medal was passed down to the same family until its owner came across it during a clearance sale at her Shropshire home.

There is an image of the god Zeus next to the word Olympia – but it is not clear who won it.

Mullock’s Auctioneers of Ludlow have estimated it at between £20,000 and £25,000 for a sale later this month. The gold, silver and bronze medal system was introduced in 1904

A bronze medal from the first modern Olympics in 1896 is expected to fetch £25,000 at auction. The rare medal, pictured, was passed down to the same family until its owner came across it during a cleanup at her Shropshire home

The words First International Olympic Games, Athens 1896 are engraved in Greek on the back and the rim is stamped with ‘Bronze’.

A total of 43 second place medals were awarded in nine sports and only three British athletes received them.

However, the mystery surrounds who this particular medal was awarded to, as the family was unaware of its significance.

The International Olympic Committee has since retroactively awarded gold, silver and bronze medals to the top three athletes in each event. 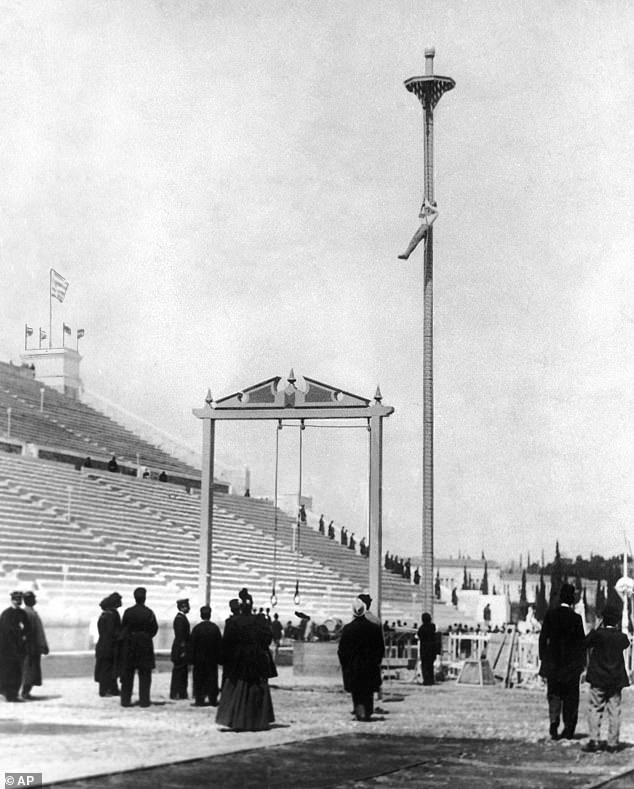 An athlete who took part in rope climbing at the very first modern Olympics in Athens in April 1896. Athens was chosen as the first host of the modern games, as Greece was considered the birthplace of the ancient Olympics, dating back to 776 BC

A total of 14 countries and 241 athletes took part in the games and all participants were Europeans, except for the US team, which won the most gold medals.

Athens was chosen as the first host of the modern games, as Greece was considered the birthplace of the ancient Olympic Games, dating back to 776 BC.

Ben Jones, of Mullock’s Auctioneers in Ludlow, Shropshire, who handles sales, said: ‘It’s great to see something like this in the light of day.

‘We are very honored to have had the opportunity to auction such a piece.

“This medal has been passed down to the family for several generations without anyone really looking or knowing what it is.

“It was kept in a drawer until the seller decided to clean up and came across it and decided to get a second opinion.”

‘I don’t believe she was forced’: David Dimbleby says Princess Diana wanted to speak about Panorama