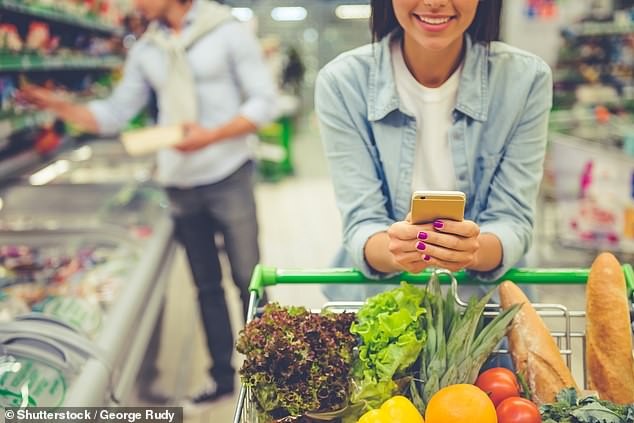 If you’re trying to cut calories and hit the grocery store this weekend, you may want to leave your significant other at home, research suggests.

Couples who shop together buy more — especially unhealthy products like cookies and chips — than those who shop alone, the study found.

The researchers said couples act as “accomplices” when shopping together rather than as “babysitters.”

‘Everyone has weaknesses, for example for sweets or a hamburger with fries,’ says Professor Robert Wilken, who led the study. ‘The complicity effect means that when you go shopping together, you give each other a kind of ‘permission’ to consume so-called vice products. The shared shopping cart therefore contains more vice products.’

Couples who shop together buy more – especially unhealthy products like cookies and chips – than those who shop alone, study finds (stock image)

When they shopped alone, they bought an average of eight products. Shopping together, they opted for 20, which cost an extra €41 on average. Of the 12 extra products, nine were ‘Vice’ items – a total of £37 of the extra £41.

“These findings clearly support a complicit effect,” said Professor Wilken of the ESCP Business School Berlin, whose research was published in the Journal of Retailing and Consumer Services. 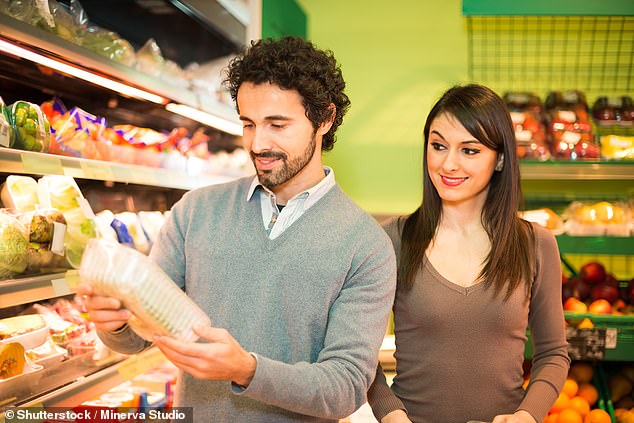 When they shopped alone, they bought an average of eight products. Shopping together, they opted for 20, which cost an extra €41 on average. Of the 12 extra products, nine were ‘vice’ items – a total of £37 of the extra £41 (stock image)

Feeling stressed? Reach for the stereo, not the snacks! Experts say listening to music from the likes of Amy Winehouse and Eminem can stop you from eating

It can feel natural to dip your hands into the cookie jar after a stressful day at work.

But researchers believe they’ve discovered a simple trick to banishing your desire to comfort — listen to music.

Scientists analyzed how many snacks women ate after listening to certain types of music.

The participants were made sad, as part of the study’s attempts to see how food and music can help combat negative emotions.

Women who listened to music that elicited feelings of anger or sadness ate half the amount of chips, chocolate and candy, compared to volunteers who were not given headphones. 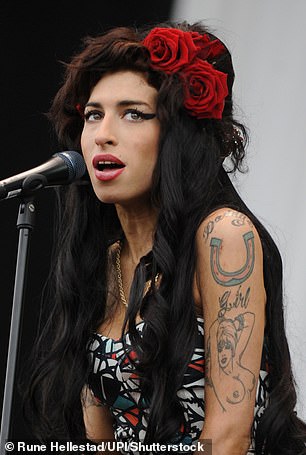 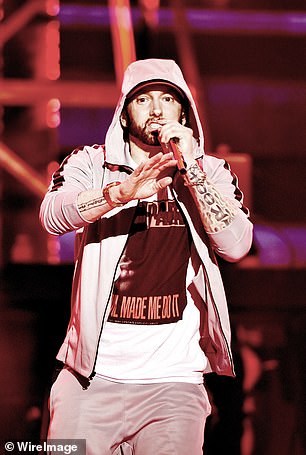 The music featured songs like Amy Winehouse’s Back To Black (left), Eminem’s Mockingbird (right), and Linkin Park’s In The End.

Such songs included Amy Winehouse’s Back To Black, Eminem’s Mockingbird, and Linkin Park’s In The End.

Women ate about a third less after listening to music that provided comfort, such as Coldplay’s Fix You or Sam Smith’s Lay Me Down.

dr. Helen Coulthard, an eating behavior expert at De Montfort University, said: “If you’re feeling stressed and worried that you’re going to eat a lot of unhealthy junk food, put on your headphones and listen to some wonderful, comforting music. .’

She added that the method may also help some people lose weight.

How music works to help people eat less isn’t known, but experts suggest it may be linked to the release of happy hormones like dopamine and serotonin.

Annemieke van den Tol, a music psychologist from the University of Lincoln who co-authored the study, said: “I think the message is that when we’re stressed, we can tend to do something that makes us feel better.” to feel. .

“And subconsciously, we might grab food because it gives us a positive dopamine, serotonin boost that makes us feel better.

“But think of alternatives – like music (which) can just as well give you a boost and make you feel better when you’re sad or stressed.”

For each study, 120 women were asked to name a song they listened to when they were sad, stressed or in need of distraction, and this was then played while eating under the test conditions.

The findings were presented at the British Science Festival, hosted by De Montfort University in Leicester.

Meals should be based on potatoes, bread, rice, pasta or other starchy carbohydrates, ideally whole grains, according to the NHS

• 30 grams of fiber per day: This is equivalent to eating all of the following: 5 servings of fruits and vegetables, 2 whole-grain cereal biscuits, 2 thick slices of whole-wheat bread, and large baked potato with skin

• Eat some beans, legumes, fish, eggs, meat and other proteins (including 2 servings of fish per week, one of which is fatty)

• Choose unsaturated oils and spreads and consume in small amounts