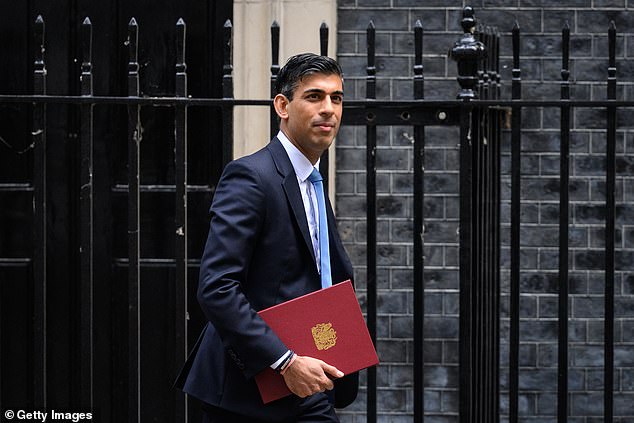 By Daniel Martin Policy Editor for The Daily Mail

Rishi Sunak faces fresh calls to cut taxes after it emerged that the Treasury is raising an additional £24m per day amid rising prices.

The chancellor was accused of “playing on the people’s misery” by refusing to implement an emergency tax cut at a time when inflation is soaring to nine percent, leaving the country in the throes of a cost of living crisis.

Last month, Mr Sunak announced he would help pay domestic fuel bills, but campaigners say this is not enough.

Analysis by the Lib Dems found that the Treasury receives £422 million in VAT every day – £23.5 million as a result of higher prices.

The Office for Budget Responsibility, the official public finance watchdog, predicts it will bring in an additional £8.6bn this year.

Conservative MPs voted in favor of a Lib Dem proposal to cut VAT to 17.5 percent, which would have saved an average family £600 a year.

Treasury Department spokesman Christine Jardine said: “It can’t be true that the Chancellor is in control as millions of families and retirees struggle to make ends meet.

Every day that goes by without a VAT cut means this conservative government is profiting from rising prices and cashing in on people’s misery.

“An emergency cut in VAT would put this money straight into people’s pockets at a time when those pockets don’t go deep.”

Ex-cop, 51, charged with a series of sex crimes spanning his six…

Utah parents activated SECRET investigation into gender of girl who…

MURDOCK: The sinister plan to fire teachers for being white is pure…

Money-saving guru JASMINE BIRTLES: How to haggle… even on the High St

Where is the cast of Melrose Place now? Brad Johnson dies from COVID at age 62